The geographical definition of an island is a relatively small extension of land surrounded by water. In literature, film and one’s own imagination – whether real or fictional – an island represents so much more than that. Would you like to know where to find some famous fictional islands?

No man is an island

Islands are perfect metaphors for isolation, exile or detachment. Difficult to reach and lacking in human development, deserted patches of land surrounded by water evoke a strong image of desolation. However we also associate them with an idealised vision of an uncomplicated, rudimentary lifestyle. Like a blank canvas, visions of deserted islands represent the possibility of building one’s own bespoke paradise, or even creating a new civilisation. This last element has been particularly exploited in literature – an island as a foundation on which civilisation can be built according to a particular vision.

These utopian – or often dystopian – fictional places usually resemble real, authentic islands and although they may be based on bleak and cold territories – take Shutter Island as an example – in literature they generally morph into a picture-perfect paradise vision of serene shores, sandy beaches and coconut trees.

Ever wanted to visit famous islands from fiction? Look no further; we have conducted an investigation of 5 fictitious isles and matched them with their real-life counterparts.

5. Ithaca in Odyssey by Homer

The birthplace of legendary epic hero Odysseus, the island of Ithaca and other mythological territories in the Odyssey have inspired generations of readers since the poem’s were rediscovered from antiquity. It has always been thought that Ithaca was a fictional island. Modern day Ithaki, a mountainous Ionian island, does not correlate to the description in Homer’s text though it shares its historical nomen. Homer’s description of the island in the Odyssey differs significantly from the real Greek island:

Bright Ithaca is my home: it has a mountain,
Leaf-quivering Neriton, far visible.
Around are many islands, close to each other,
Doulichion and Same and wooded Zacynthos.
Ithaca itself lies low, furthest to sea
Towards dusk; the rest, apart, face dawn and sun.

Modern-day Ithaki is mountainous rather than low-lying, it is neither the furthest out to sea nor does it face west. And although Zacynthos does exist, the poem also mentions Same and Doulichion which are unaccounted for in current maps of Greece. So the evidence suggested that Homer’s Ithaca was in fact a made-up place.

That was until 2003, when a project called Odysseus Unbound carried out excavations and geological studies of the Ionian Islands, revealing strong evidence to suggest that Homer was describing a real-life Ithaca, what we today call Paliki, which is not an island but a peninsula in Kefalonia.

There is significant scientific research to support the claim that cunning Odysseus came from modern-day Paliki. The Ionian Islands are located at the site where the African continental plate collides with that of Eurasia, making the region one of the most tectonically active in the world. The last disastrous earthquake in the Ionian Islands happened in 1953; it destroyed almost every house and raised the island by 60cm. This evidence supports Odysseus Unbound’s theory that earthquakes throughout history have altered the layout of the Ionian Islands, accounting for the displacement of the isle of Paliki.

It is an interesting theory and excavations and geological studies are still in progress so the research could cement the proposal in years to come. In the meantime, it seems the best place on earth to get a glimpse of Homer’s universe are the islands of Ionia.

4. The island in Lord of the Flies by William Golding

Not many people in their right frame of mind would want to share the experience of the brutalised kids in the influential novel, Lord of the Flies. The location of this dark tale of freedom-gone-wrong is however idyllic; an island in which Robinson Crusoe would feel at home.

The name and location of the island are never mentioned in the book, not even the ocean in which it resides. However, there are a few clues. Taking into account the descriptions of the island’s scenery, the likelihood is that it is located in the Caribbean, Indian Ocean or South Pacific Ocean. Yes, that’s quite a wide range, but if we consider that the story starts with a plane leaving the UK because of a nuclear war – the book was written in 1954, a period of prime cold war paranoia – you would suppose that they were aiming to fly to the furthest possible point from Great Britain.

Then comes the description in the book. “It was roughly boat-shaped: humped near this end with behind them the jumbled descent to the shore. On either side rocks, cliffs, treetops and a steep slope: forward there. the length of the boat, a tamer descent, tree-clad, with hints of pink: and then the jungly flat of the island, dense green, but drawn at the end to a pink tail. There, where the island petered out in the water, was another island; a rock, almost detached, standing like a fort, facing them across the green with one bold, pink bastion.”

All speculation aside, an appropriate location had to be found when it came to produce a film of William Golding’s novel. The first film adaptation, directed by Peter Brook in 1963, was shot entirely in Puerto Rico. Rather than use the obvious Caribbean holiday destinations, the movie mashed-up footage of Aguadilla, El Yunque and the island of Vieques to recreate the fated island in Lord of the Flies.

There is another film from 1990 directed by Harry Hook. The Pacific Ocean was used for the majority of the film set of the second version of Lord of the Flies – with the exception of Port Antonio, a typical Jamaican holidays destination – featuring the dazzling Hamakua Coast, Maui and Kaua’i in Hawaii. So holiday-makers wanting to experience the same scenery that sealed poor Piggy’s fate have a range of options to choose from!

3. The island in The Beach by Alex Garland 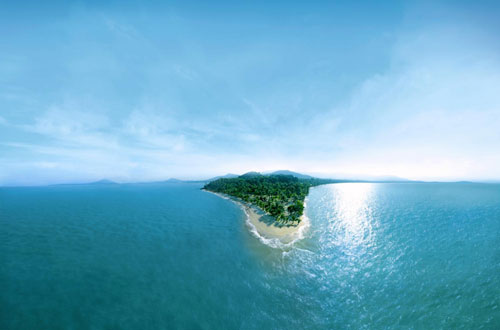 The Beach is a fictional island within an island, an unspoiled semi mythical place away from the rest of the world and only known by a small group of travellers who want to preserve its seclusion above everything else.

A place where “You fish, swim, eat, laze around, and everyone’s so friendly. It’s such simple stuff, but… If i could stop the world and restart life, put the clock back, I think I’d restart it like this. For everyone.”

Then again, this is the story of an eden that turns into hell when the axiom “homo homini lupus” (man is a wolf to [his fellow] man, if Latin is not your thing) materialises. But one of the differences with Lord of the Flies is that in this case the inhabitants have chosen to live on the island and (initially) they have no intention of leaving it.

Following the map given to him by a mad Scotsman in Khao San Road, the novel’s protagonist Richard eventually reaches the island where the secret beach is, after stopping by the holiday destination of Koh Samui. Other real-life destination mentions occur throughout the book, notably when the beach group needs to head for supplies, and they visit Koh Phangan. The island could be any of the tiny enclaves in the Gulf of Thailand around these two real islands.

Danny Boyle’s 2000 adaptation of the book was set in the other side of the peninsula, the one of the Andaman Sea. Koh Phi Phi Lee was the chosen pristine island and Maya Beach the place where they recreated the fictional island. Unfortunately, in order to make it an even more idyllic place, the production team caused considerable damage on Maya.

The waterfall scene where Richard (played by Leonardo DiCaprio) jumps from a cliff was shot in Khao Yai National Park in central Thailand: precisely at the Haew Suwat Waterfalls.

2. Barclay Islands in The Deceiver by Frederick Forsyth 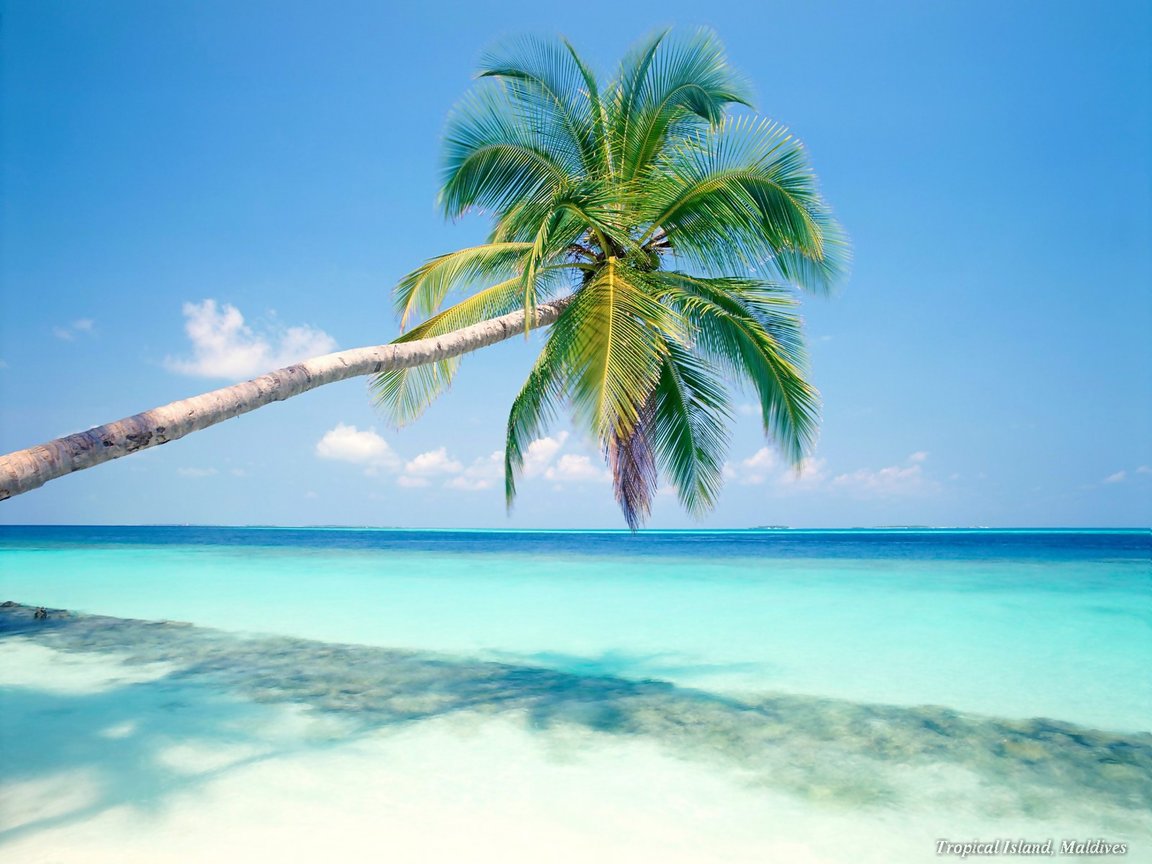 In Forsyth’s espionage novel, the fourth story takes place in Sunshine. This is the main island of the Barclays, a Caribbean archipelago of eight islands “situated at the western edge of the Great Bahama Bank, west of the Bahamas’ Andros Island, northeast of Cuba, and due south of the Florida Keys.” This situation fits perfectly into a plot full of communist spies, drug traffickers and DEA agents.

The story has the backdrop of the islands’ transition from British soberany to independence in 1989, a circumstance that happened to some Caribbean countries during the 1960s and 1970s, including Bahamas itself, Barbados, St Lucia, Dominica and St Vincent and the Grenadines. However, there were no countries gaining independence during the late 1980s: St Kitts and Nevis the last ones to do so in 1983.

This nation, the youngest in America, is another heavenly Caribbean holiday retreat, but it’s way too far south and east from the Bahamas to be similar to the Barclays.

The TV adaptation of this chapter of The Deceiver, “A little bit of Sunshine,” – from the series Frederick Forsyth Presents and directed by James Cellan Jones – was filmed in a typical holiday destinations in Bahamas.

In fact, there is not a better place to recreate this novel, so if you want to follow the steps of British agent Sam McCready, book a flight to Nassau.

1. The concrete island in Concrete Island by JG Ballard

The normal plot in this kind of “fictional island literature” goes like this: someone ends up in an idyllic place that in reality is much darker that it seems to be.

In Ballard’s 1974 novella things go the other way round. Robert Maitland, our man, is trapped in a no-man’s land and does everything possible to escape from it. However, as the book progresses, we realise that this nasty piece of land – so bleak that is not even an actual island, but a wasteland between motorways in London – is a better place to be than outside, in his real life, with all the worries and responsibilities that adulthood and consumerism bring along.
In Concrete Island Maitland has a car accident when he is on his way from Marylebone to Richmond Park via the Westway. This west London motorway, elevated at some points, was well known by the author who used to hang out in Notting Hill during the 1970s.

Although the book doesn’t exactly say where the Concrete Island is, it does give more than a few a hints: “Six hundred yards from the junction with the newly built spur of the M4 motorway, when the Jaguar had already passed the 70 m.p.h. speed limit, a blow-out collapsed the front nearside tyre.”

According to the Ballard enthusiasts’ site Ballardian, the real Concrete Island is a V-shaped wasteland below the circular roundabout  in the West Cross route, near to Latimer Road tube station.

This is definitely not a holiday destination but, who knows, it might be even better.