Those familiar with Sri Lanka’s wonders extol a luxury holiday destination to rival any in the world. First-time visitors return home with tales describing unexpected beachfront beauty, charming hospitality and divine dining. Satisfy your own curiosity with our A – Z of Sri Lanka, and see for yourself when you book one of our moneysaving tours or holidays to this remarkable destination.

A is for Ayurveda – Sri Lanka’s wellness practices date back centuries. Using one of the world’s earliest known whole-body healing systems, Ayurveda uses an array of massages and herbal treatments in addition to yoga and meditation to offer a revitalising experience.

B is for Botanical gardens – Peradeniya in the Central Province is Sri Lanka’s largest botanical garden, with 147 acres of greenery and 4000 species of plants and animals.

C is for Culture – The Cultural Triangle is located in the centre of the island. The sacred city of Anuradhapura, the ancient city of Polonnaruwa and the Golden Temple of Dambulla are some of the famous World Heritage sites in the area.

D is for Diving – Dive into the Indian ocean and witness rare marine life up close. The Barracuda Reef is home to the lionfish, rays and nudibranch near Colombo, while Panandura Wreck is a short boat ride away from Panadura.

E is for Exports – Some top Sri Lankan exports include tea, spices (especially cinnamon), diamonds, rubies and emeralds. The island was strategic as a midway point along the east-west trade route.

F is for Food – The fresh blend of aromatic herbs and spices combine to create the country’s trademark taste. Sri Lanka is home to Sapodilla, mangosteen, custard apple and rambutan, some lesser known exotic fruits. 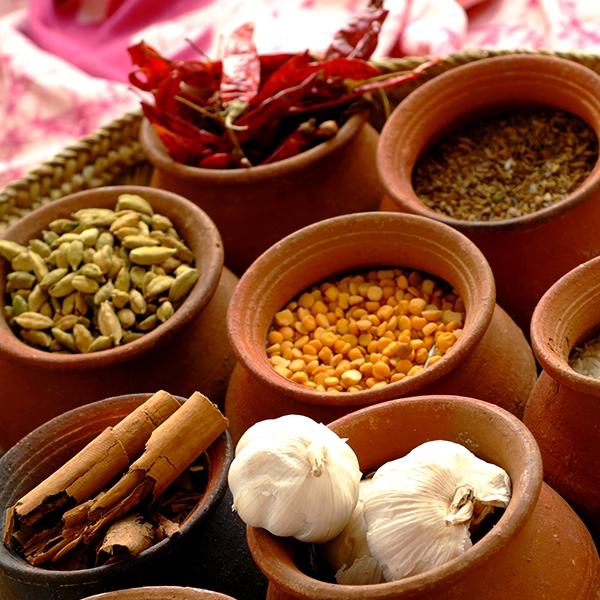 Over the centuries Sri Lanka (and its ancient ports such as Galle) has been instrumental in the global spice trade.

G is for Geography – Located just off the Southeast of mainland India, this Indian Ocean island is fringed with 1600km of coastline. Whether it’s a backdrop of mountains or an enchanting waterfall, the landscape is varied to say the least.

H is for History – The Portugese arrived in 1505 and after attempting to conquer Kandy, King Rajsinha turned to the Dutch for help. In 1796 the British took over until 1948, when Sri Lanka gained independence.

I is for ICC cricket – Cricket is the most popular sport in Sri Lanka and in 2012, Colombo hosted the ICC World Twenty20.

J is for Jaffna – Tamils settled here early on and have since remained and retained a very particular culture and character. It’s a city full of lush parkland and mystical temples. 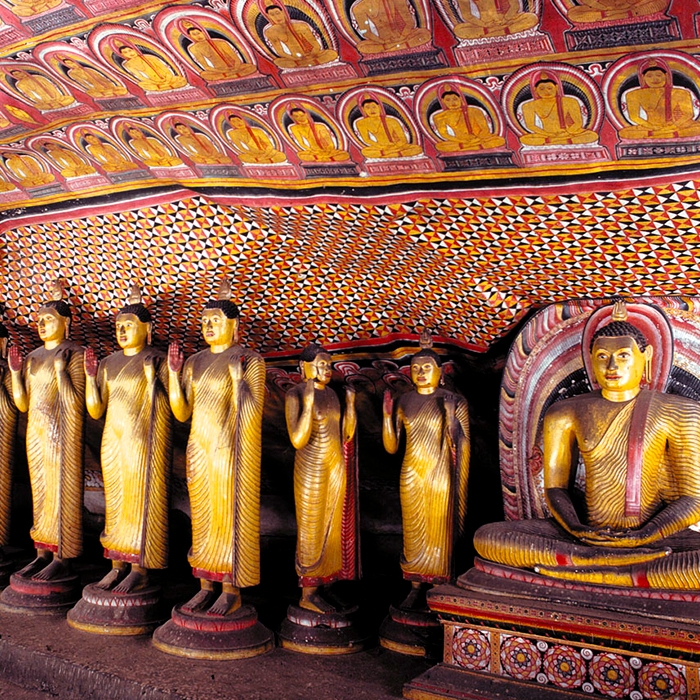 K is for Kandy – Kandy is the Sri Lanka’s second largest city and home to the Temple of the Tooth Relic, which is one of the most sacred places of Buddhist worship.

L is for Languages – The two official languages are Singhala and Tamil.

M is for Mountain – Sri Lanka’s highest mountain is Pidurutalagala, at 2,524m.

O is for Other names – While the official name is Democratic Socialist Republic of Sri Lanka, it has had various titles over the years. Lanka is one of the most ancient names while Ceylon is its former British colonial name which was later replaced with Sri Lanka.

P is for People – Sri Lanka is richly diverse.  Today, a population of 21 million includes Europeans, Asians, Chinese, Kaffirs from Africa and many more.

Q is for Queen Anula – She was the first queen in Sri Lankan history.

S is for Shopping – Luxury city shopping centres, haggling in the traditional markets, you’ll find it all. The juxtaposition of the the modern and traditional is a dynamic experience.

T is for Tuk Tuk – For the uninitiated, a tuk tuk is a 3-wheeled bike taxi. A cheap, convenient and fast way to travel. Some say too fast. Fasten your seat belts!

U is for Uda Walawe National Park – This 31,000 hectare National Park is home to an immense range of wildlife. While you’re there you can even explore the hot water springs, elephant transit home and limestone Waulplace caves.

V is for Vesak – One of the biggest days in the Buddhist calendar. This festival celebrates the birth of Siddhartha Gautama, or Lord Buddha. Watch the flamboyantly dressed Kandyan dancers move to the beat of the drums. 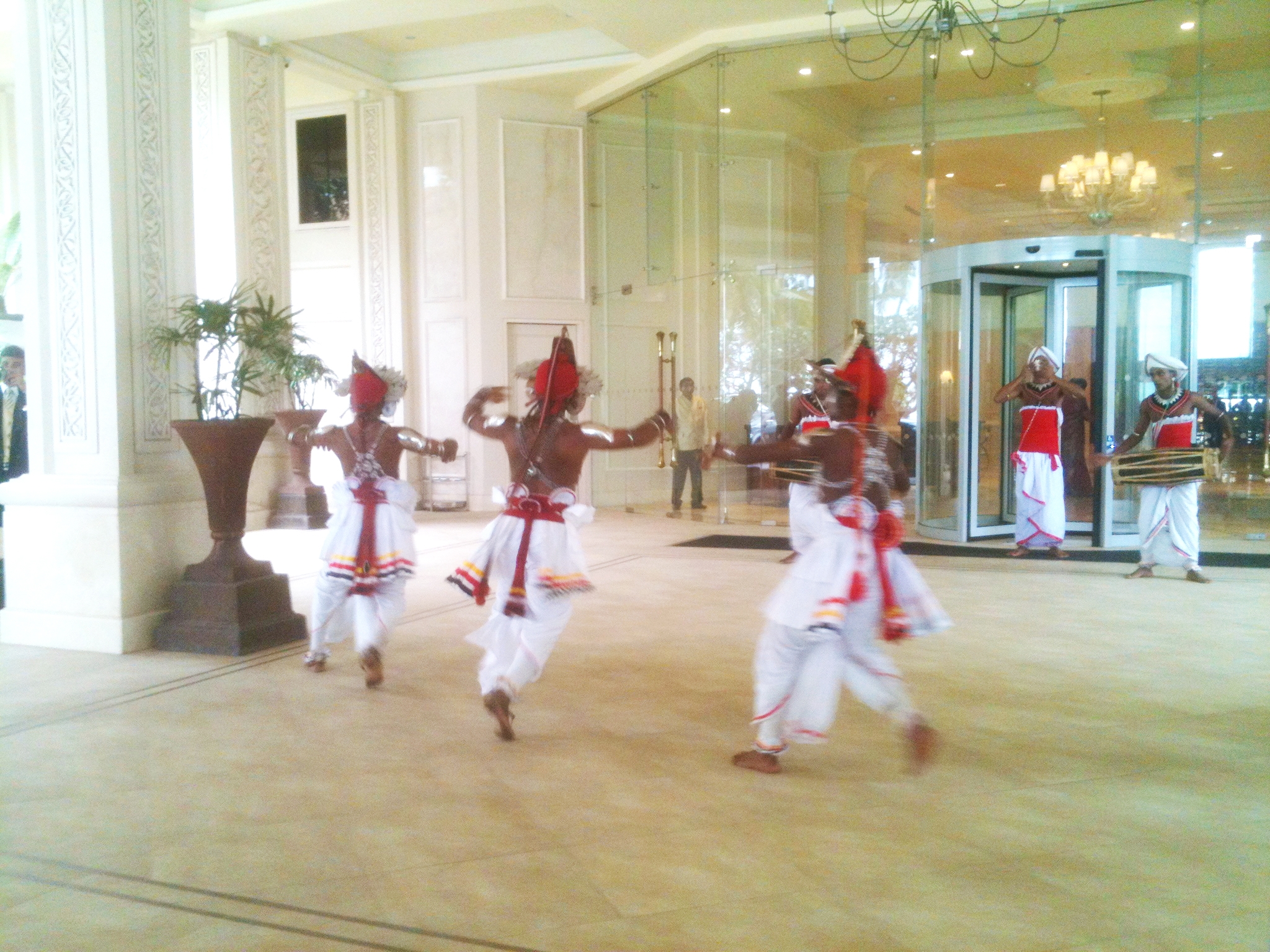 W is for Whale watching – Take a trip and see how many of the 26 local species you can spot. While you’re there keep your eye out for dolphins too. Sri Lanka is also home to over 92 species of land mammal: elephants, leopards, crocs and wild buffaloes being among these.

X is for Xtreme sports – Get your adrenaline pumping! From surfing to paragliding, Sri Lanka is great for thrillseekers.

Y is for Yapahuwa Rock Fortress – At 100m high this palace and fortress was established to view the advancing threats from invaders. Not being as well known as some of the other sights gives it a true authentic vibe.