As we are all very aware it is currently illegal for gay couples to get married in the vast majority of the countries around the world. Since 2001 some places have started allowing same-sex marriages, such as: Mexico, Iceland, Belgium, South Africa, the Netherlands, Portugal, and Spain.There are other countries that will recognise same-sex couples as married but only under specific circumstances. 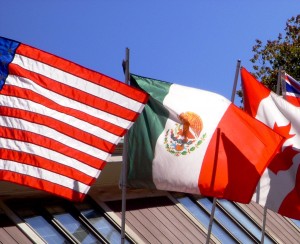 For instance most of the USA will allow and recognise a same-sex couple as married if they do it abroad, however they will not let them do it on their home soil. Australia is similar in that they will recognise a same-sex married couple, but only if it’s due to one of the pair having had a sex change post marriage. This may be their idea of leniency but it means gay couples are still having to travel abroad to tie the knot.

Mexico has been one of the more recent places to legalise same-sex marriages, when it was approved in Mexico City in March 2010. Since then they celebrated their one thousandth gay marriage, in August 2011, and the change has spread around to the state Quintana Roo. The local laws in this district now basically state that marriage is there for anybody who is interested in it, regardless of their gender.

The first actual ceremony was scheduled to take place earlier this month and the Cancun resort area is now anticipating more couples from around the world to follow their lead. Colectivo Diversidad, Fusion G, Gaytoursmexico and the International Gay and Lesbian Travel Association all took a part in helping the preparations for the event. The spokesman for Colectivo Diversidad stated that “This market niche … is very attractive for European, Canadian and American (homosexual) couples.