If you have a child under the age of 12 or are a Disney fanatic yourself, you’ve probably heard that Disney 2013’s hit, Frozen, is coming back to our cinemas with a sequel. Frozen 2 is set to be released in the UK on November 22nd 2019, with all of our favourite characters returning for another adventure. You too can relive your favourite Frozen memories on your next holiday to Walt Disney World. Read on for our travel experts’ froze-tastic things to do in Orlando.

Frozen Ever After Attraction in Disney’s Epcot 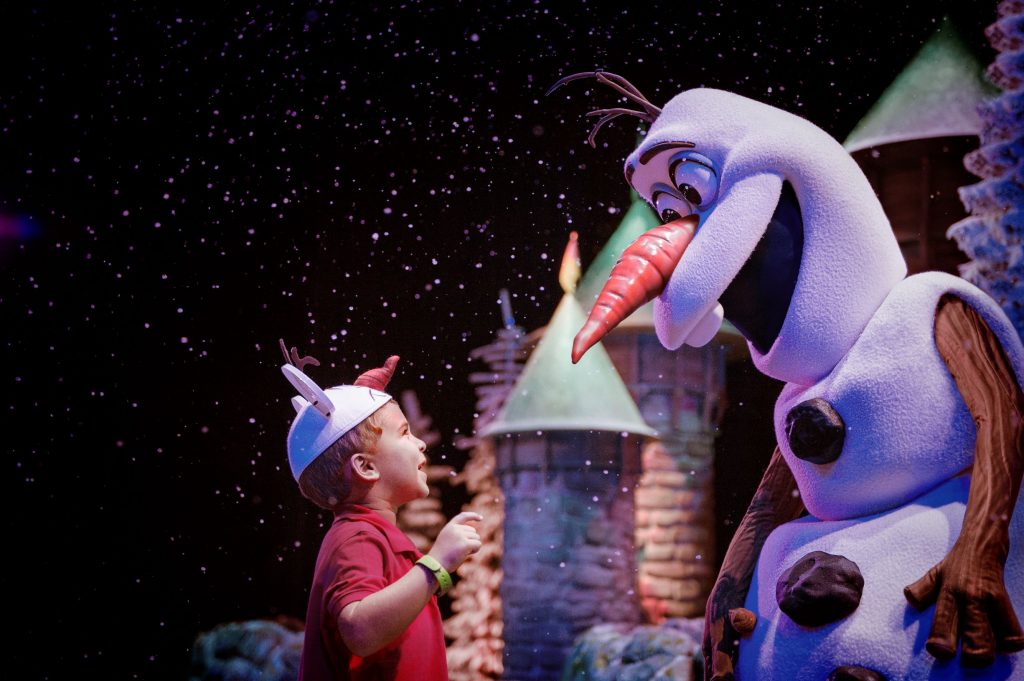 The first place to start your Frozen adventure is at the Disney’s Epcot world showcase. Head on over to Norway Pavilion, which can be found right in between the Mexican and Chinese Pavilions, and line up to hop on board the Frozen Ever After ride. This boat-tour attraction takes you on a magical journey through Arendelle, from the Trolls’ hideaway to Elsa’s Ice Castle. You’ll see all of your favourite characters featured on this expedition, including Anna, Elsa, Olaf and many more. Because Frozen Ever After is one of the more popular destinations at Epcot, be sure to pick up a fast track ticket as soon as you can to beat the queues. 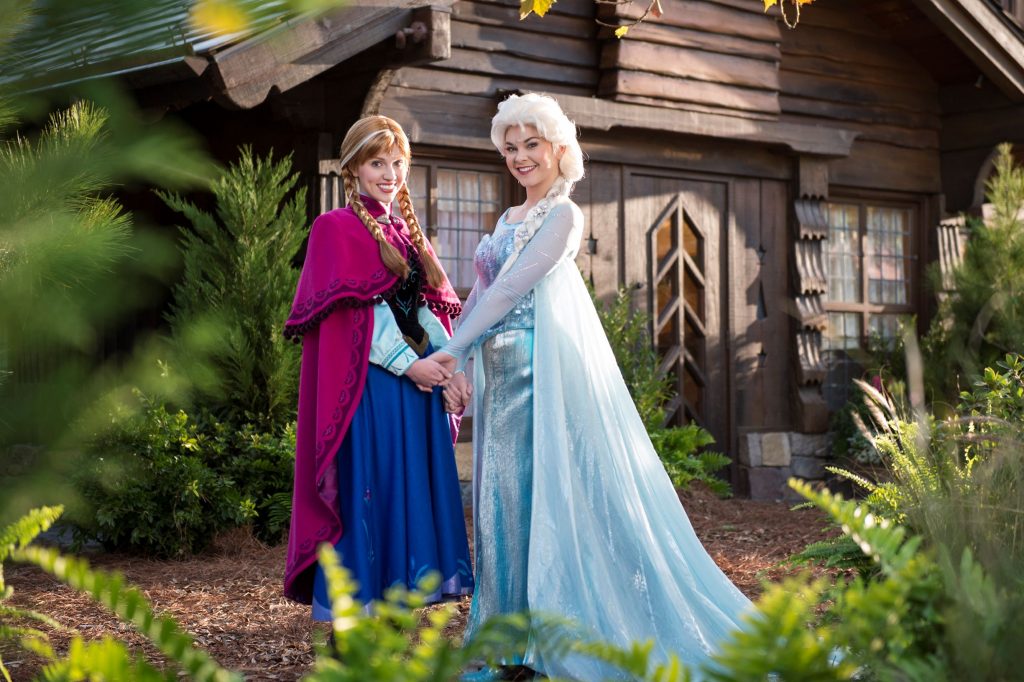 Ready to belt out your favourite Frozen songs? Sing your heart out at the Frozen Sing-Along, located at Disney’s Hollywood Studios in Echo Lake. This 30-minute interactive performance takes you through your favourite songs and lyrics, led by some new and familiar faces. Harmonise along to For the First Time in Forever and serenade your loved one with Love is an Open Door. Unleash your inner Ice Queen with a rendition of Let it Go, featuring an appearance from Elsa herself! 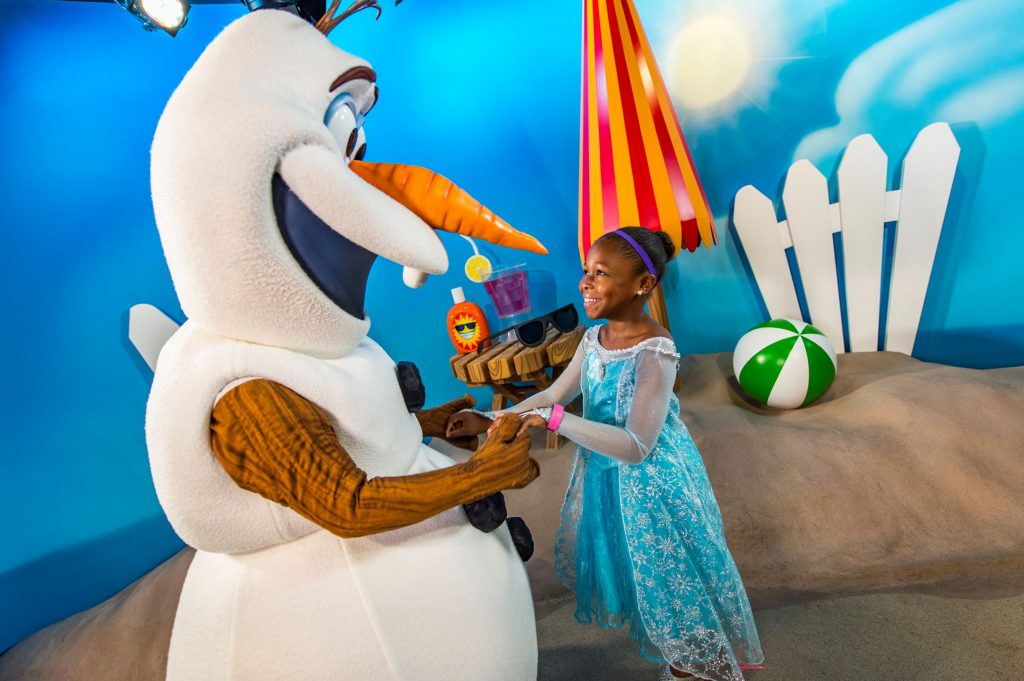 Get your warm hugs at the ready, meet your favourite snowman at Disney’s Hollywood Studios

What better way to live your best Frozen life than by actually meeting the characters in real life? Arendelle’s royal sisters, Anna and Elsa, can be found hanging out in the Royal Sommerhaus at the Norway Pavilion at Disney’s Epcot World Showcase. Pose for a pic or two and get chatting with the duo – don’t forget to ask the sisters what their favourite chocolate is! Get your warm hugs at the ready – Olaf, the friendly snowman, can be found chilling by the beach, at Disney’s Hollywood Studios. Our travel expert tip? Don’t tell him what happens to snow in the summer… 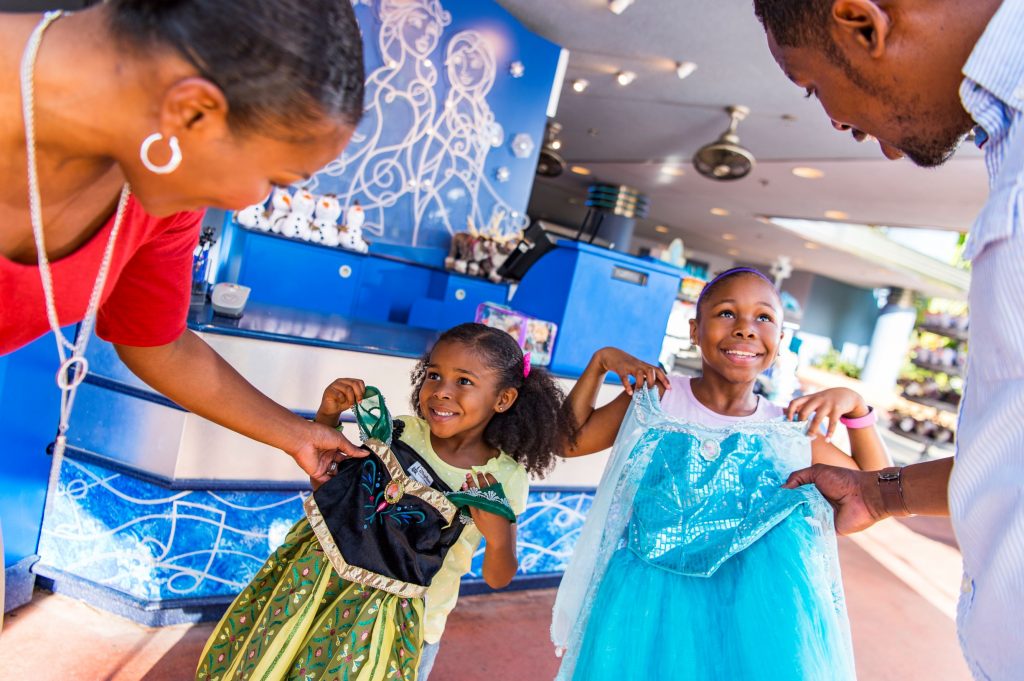 You’ll find plenty of Frozen gifts, toys and apparel throughout the parks, some of which you can only find at Disney Parks.

Cherish your Walt Disney World holiday memories by bringing home a little something. You’ll find plenty of Frozen gifts, toys and apparel throughout the parks, some of which you can only find at Disney Parks. In the Magic Kingdom, you can head on over to the Bibbidi Bobbidi Boutique for a royal makeover. Children under the age of 12 can book to have a full prince/princess transformation or simply purchase a noble garment, like Anna’s or Elsa’s. In Epcot, you can visit the Wandering Reindeer store for other Frozen goodies as well as the Frozen Fractal Gifts shop in Disney’s Hollywood Studios.