Is the Day of the Dead the same as Halloween? The answer is… sort of. From skeletons and monkey nuts to zombie-nurses and blood-red spirits (the alcoholic kind), it depends on what your definition of Halloween actually is. And to most, that definition is evolving year-by-year into an international cosplay for trending TV show characters, scantily-clad vampires and middle-aged ladies cosplaying as pumpkins. But instead of following a similar route, the Day of the Dead remains decidedly different, and we decided to investigate. Read on to discover why you’re likely to find bottles of tequila in graveyards, the best places to go trick-or-treating in the Riviera Maya and why dressing up as Freddy Krueger dates back to worshiping an ancient Aztec Goddess.

So What Is Day of the Dead? 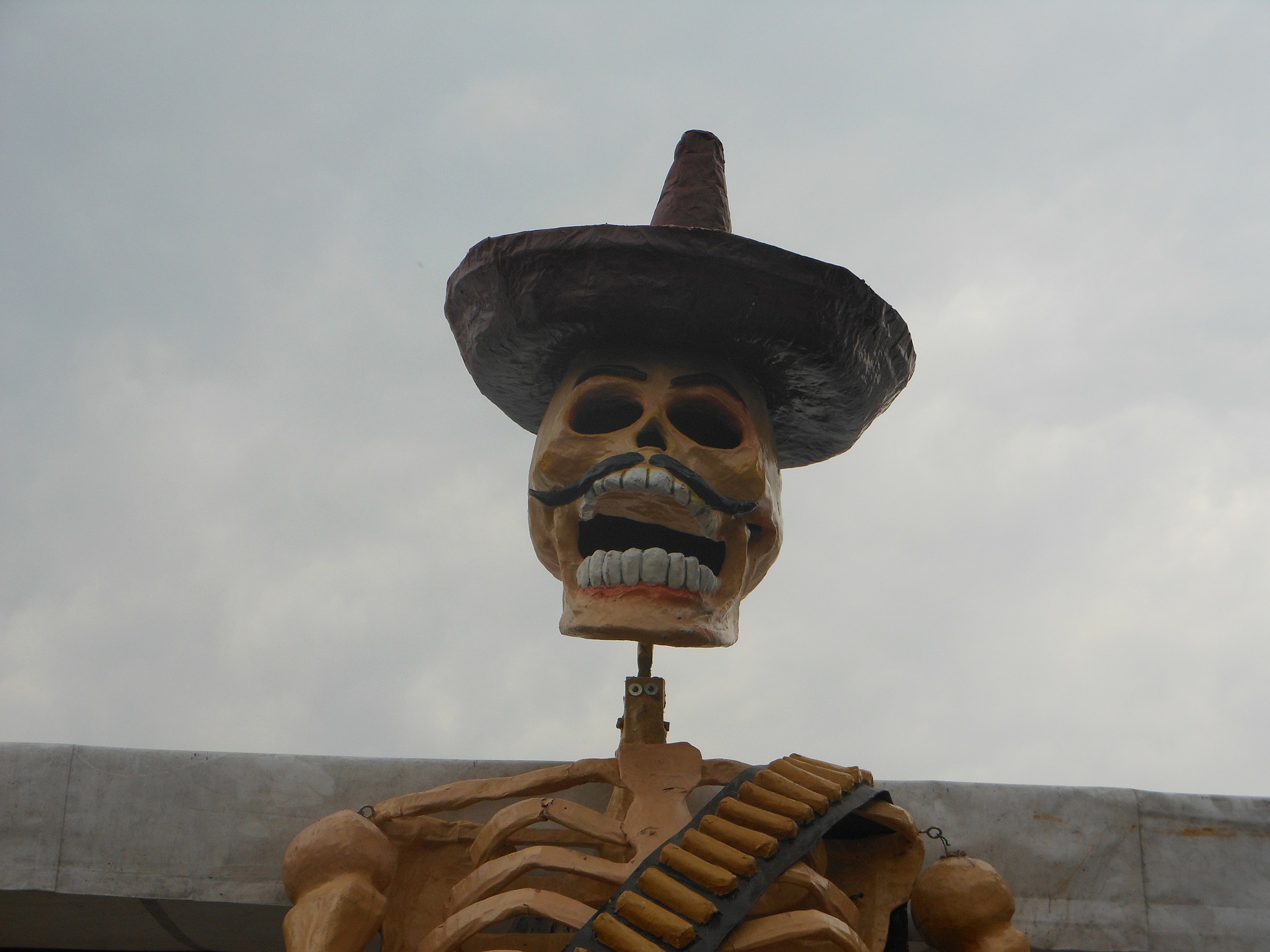 A typical spooky sight during the Day of the Dead celebrations in Cancun.

Dressing up as a skeleton is the fun part. In reality, El Día de los Muertos is a time of commemorating deceased loved ones. The public holiday sees friends and family gather to remember those who have died, and these morbidly jovial festivities last from 31 October until 2 November. It’s not a gloomy experience however. Holidaymakers in Mexico during this time are likely to witness bursts of colourful altars honouring the dead, sugar skulls and marigolds alongside food and drink everywhere you look.  That’s including cemeteries, because the deceased’s favourite foods are left at their graveside for them to enjoy in the afterlife.

It all started a long time ago. And over the last three thousand years, The Day of the Dead has evolved. In fact, experts traced its origins back to the indigenous Aztec, who dedicated the day to the goddess Mictecacihuatl, ‘The Lady of The Dead’ and queen of the underworld.

The Best Place To Celebrate Day of the Dead in Decadence? 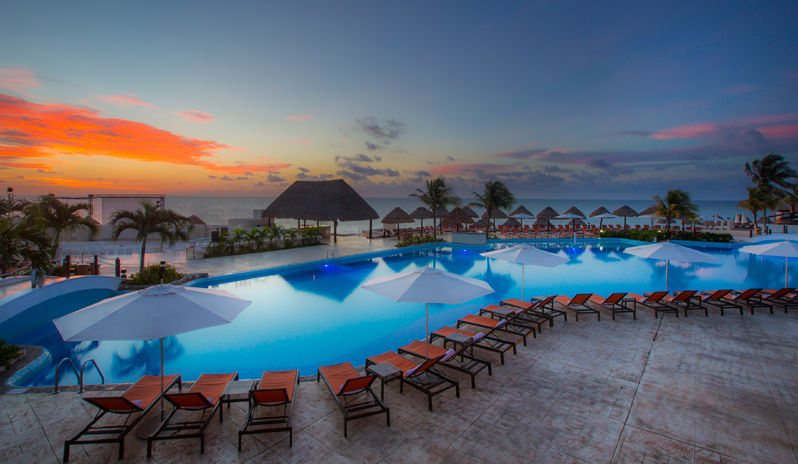 Moon Palace Cancun is a serene spot to experience the festivities.

We’ve established what it is, now let’s figure out where to celebrate it in style. Though Mexico City boasts the bravado with its four-mile processions and tens-of-thousands of party goers, we are a discerning lot. So instead, we’ve sought calmer climes for our top pick. That means beaches, luxury resorts, endless entertainment and the sparkling Caribbean Sea. And, of course, Mayan temples to tie in with traditions. Where else can we go but Cancun?

Even if trick-or-treating isn’t big in Mexico, kids staying at resorts such as Moon Palace Cancun can indulge their sweet tooth with Halloween-themed treats in The Playroom, which will also be visited by a variety of Halloween characters leading up to Oct. 31. There’s also a Halloween horror show at the resort’s expansive theater which features modbid guests from Lucifer to … Alice in Wonderland. This means young ones missing their own traditions at home can merge All Hallows Eve with the colourful Day of the Dead celebrations that begin the following day.

Other resorts worth mentioning include Paradisus La Perla. This high end luxury idyll nestles close to a number of events and festivities commemorating the Day of the Dead that can’t be witnessed any other time of the year. Expect to see traditional fire shows, Mayan rituals, village dancers and more around the area.

The Festival of Life and Death in Xcaret 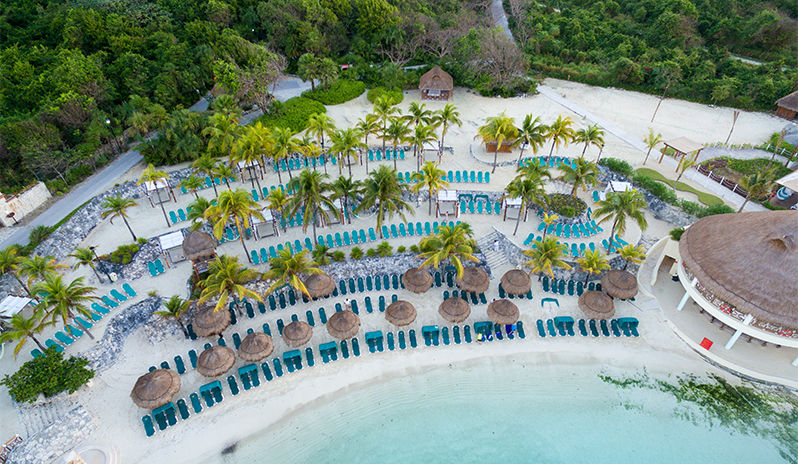 The Riviera Maya: could there be a more beautiful spot to celebrate death? It’s not just the resorts that go over and above for the Day of the Dead Celebrations. Down the Riviera Maya coastline, travellers will find Xcaret eco-archaeological Park: a half theme park, half archeological wonder. For a place that embraces the local culture, it’s no wonder Xcaret Park honors this great event. Experiences here include the Hanal Pixan ritual, which is offering food for the souls; delicious local cuisine, workshops, crafts, altars, visual art exhibitions, theatre, dance and gala concerts. Xcaret is a self-described devotee to the memory of the dead, and if that’s not a great brand mission, we don’t know what is.

For the best Festival of Life and Death in Xcaret experience, there’s an obvious choice for us to recommend. Guests staying at Occidental at Xcaret Destination have all these celebrations right on their doorstep – and our top choice for those looking to experience the Day of the Dead without having to dress up and play tricks on disillusioned old neighbours who were expecting a poetry recital.

Why Cancun Holidays Offer The Best Day of the Dead Experience 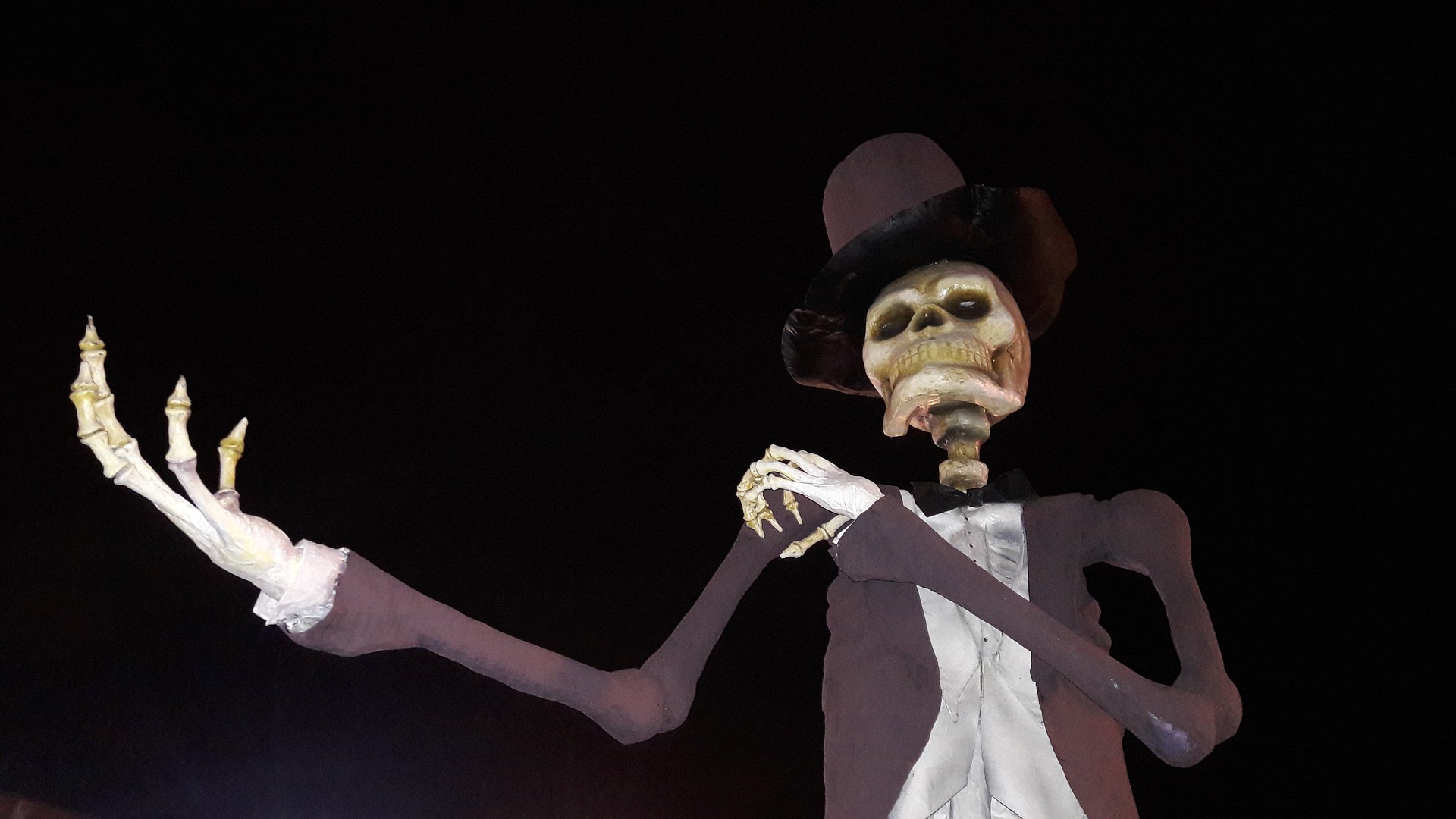 Besides the otherworldly local populace of course…

So where do Day of the Dead and Halloween meet in the ghoulish spectrum? Simply pay a visit to one of the resorts we mentioned above on your next Cancun holiday to get the best of both worlds and see for yourself. Not only do you get to experience the best of the local celebrations, but you get a taste of home while you’re at it. We don’t mean mourning your great grandmother whilst you’re dressed as the Loch Ness Monster of course. These resorts take the UK’s famed traditions and sprinkle them with a little Caribbean flavour. And when you can commemorate the deceased on the beach with a cocktail, life doesn’t seem that bad after all.