If you were to drive along Sunset Boulevard, past the millionaires’ mansions of Beverly Hills and the trendy bars of WeHo, it would be very easy to miss the secluded London West Hollywood on the corner of North San Vicente Boulevard. This isn’t necessarily a bad thing; in fact, it fits well with its brand, a hotel grand enough to impress without the need to be ostentatious. It’s what makes the hotel an ideal spot for high-end guests looking for a getaway to West Hollywood, without attracting too much attention.

As previously stated, you would have to look carefully to locate the hotel’s entrance. However, one of the key selling points is its fantastic location. The London Hotel sits on the edge of West Hollywood, a stone’s throw away from its neighbouring Beverly Hills. Unlike most of Los Angeles, West Hollywood is a walking-friendly district.  You needn’t stray too far to discover some of LA’s prime nightlife and shopping. Across the street from the hotel is the famed Viper Room, where the likes of Johnny Depp would frequent. Just a short walk down San Vicente Blvd takes you the LGBTQ bars and clubs. Walk along Sunset Boulevard for about 20-minutes or so and you’ll find The Comedy Club, where legends such as Jim Carrey and the late Robin Williams made their stand-up debuts, and little further along, you can find the famed Melrose Ave. The London Hotel West Hollywood is also about a 30-minute drive from LAX airport, without LA’s infamous traffic. 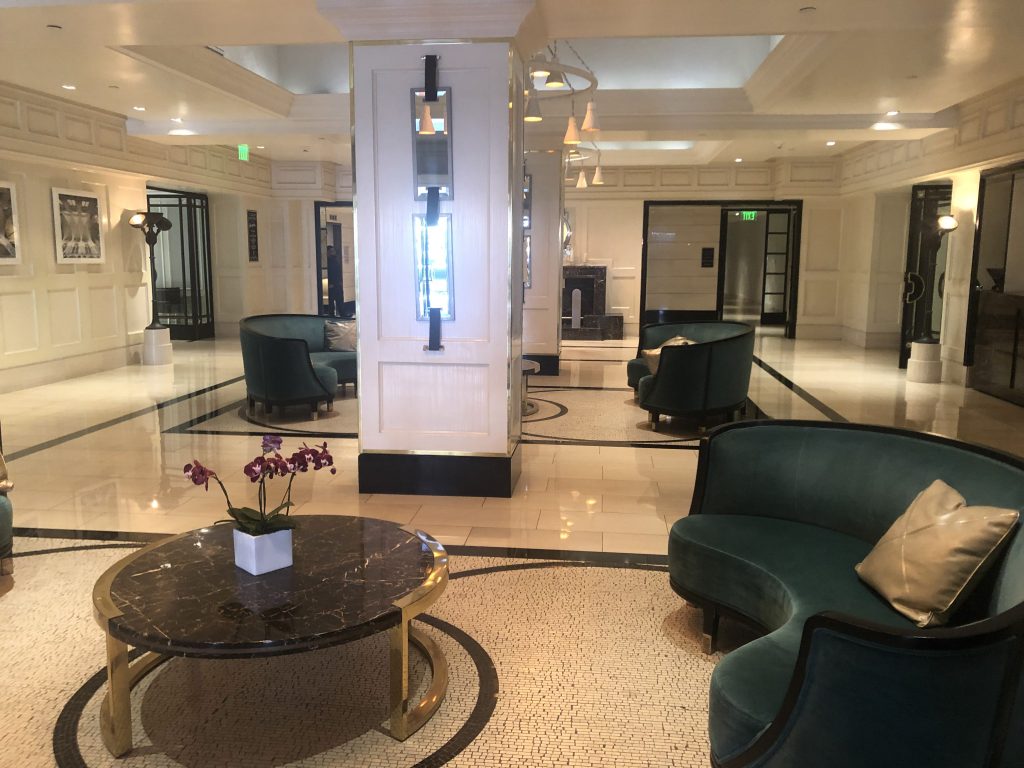 The all-suite hotel utilises space to ensure that every inch of the rooms is accounted for. The Vista Double Suite offers a well designed 725 square ft. layout, with more than enough room for two large double beds, a living area and a small kitchenette. The star of the suite, however, is the grand bathroom, equipped with a dual-head walk-in-shower. One shower session will make you want to live in the bathroom itself. Touring the rest of the premium suites also goes to show the amount of thought and decisions that go into creating the perfect accommodation. The one-bedroom Gate Suite provides an extensive living area with a full kitchen and spacious bedroom. The impressive Metropolitan Suites pays homage to its roots with subtle London-themed décor, as well as a walk-in closet, 2.5 bathrooms and a stunning living area and bedroom. 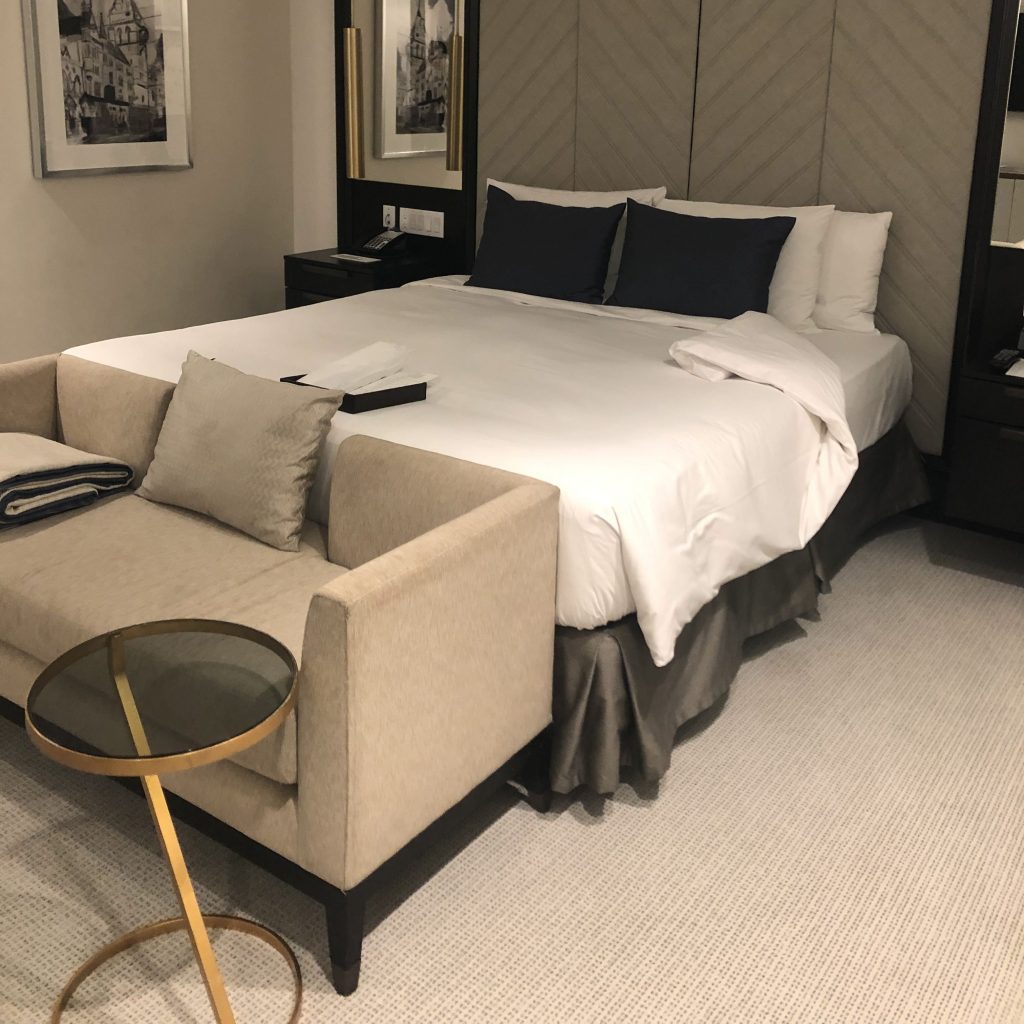 Lunch at the Boxwood Restaurant was the culinary highlight of the visit to West Hollywood. Continuing the theme of sophistication, the daily small menu provides an exclusive choice of options for the main course. As a luxury restaurant this often means that each dish is carefully curated to provide a delicious main course. Starting off the meal, we were served a selection of appetizers which ranged from homemade hummus with fresh vegetables, a spicy tuna sushi roll and a falafel-style ginger chicken meatball. For the main course, we were provided the the choice of steak fillet, salmon, and marinated cauliflower steaks. The salmon was cooked to perfection, with the right amount of crisp on its skin and a refreshing taste. The selection of desserts offered a variety of decadent chocolate cakes, and light meringue puffs. One of the visitors on the trip even professed her love to the man who made the desserts. 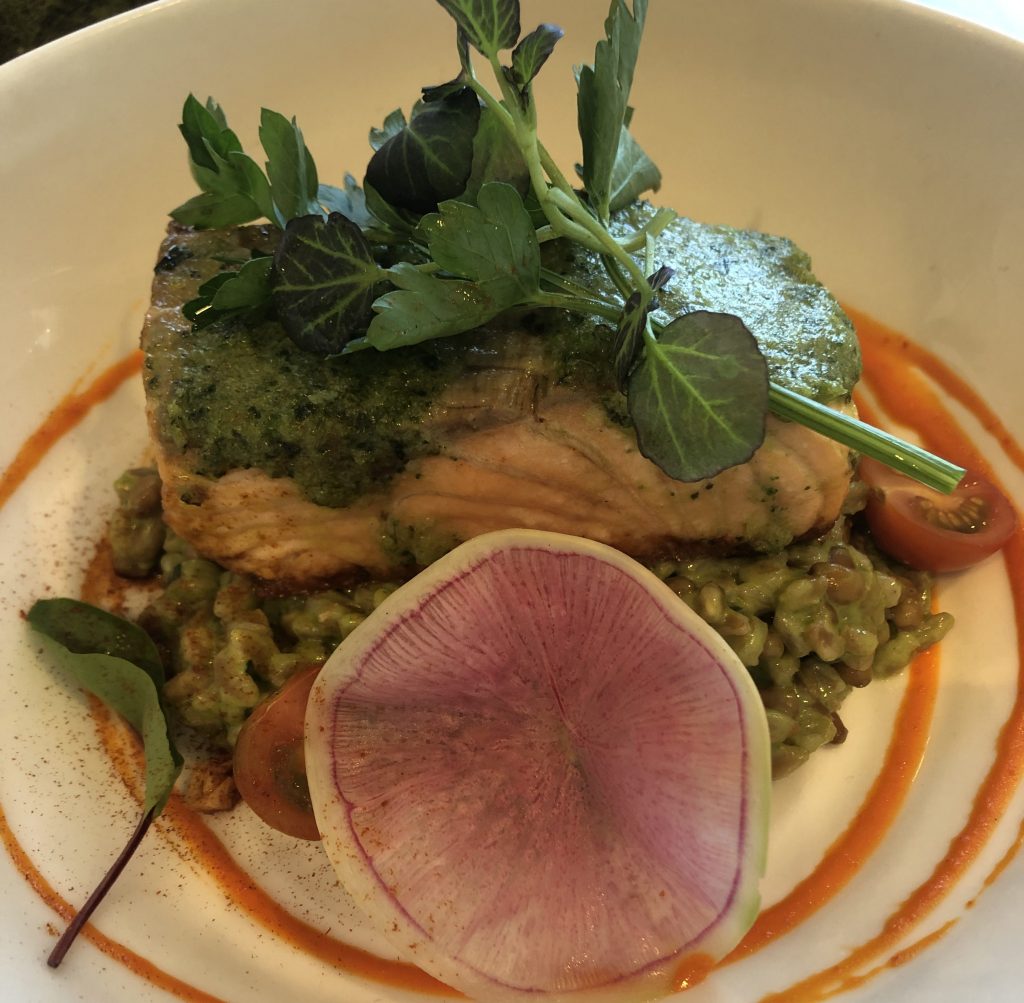 The best way to describe the London West Hollywood is ‘casual luxury.’ A space which ensures an extravagant setting, but makes every guest feel at home, regardless if you arrive with Louis Vuitton luggage or a simple backpack. That being said, celebrity sightings aren’t rare at this illustrious hotel. In fact, during our visit we spotted Khloe Kardashian leaving  the hotel after hosting an event to promote her latest TV show. While the London West Hollywood welcomes families to their property, a West Hollywood as a whole is more likely young attract affluent couples holidaying in Los Angeles. You’ll be more likely to find business travellers and wealthy leisure seekers at the hotel, rather than young families with children. 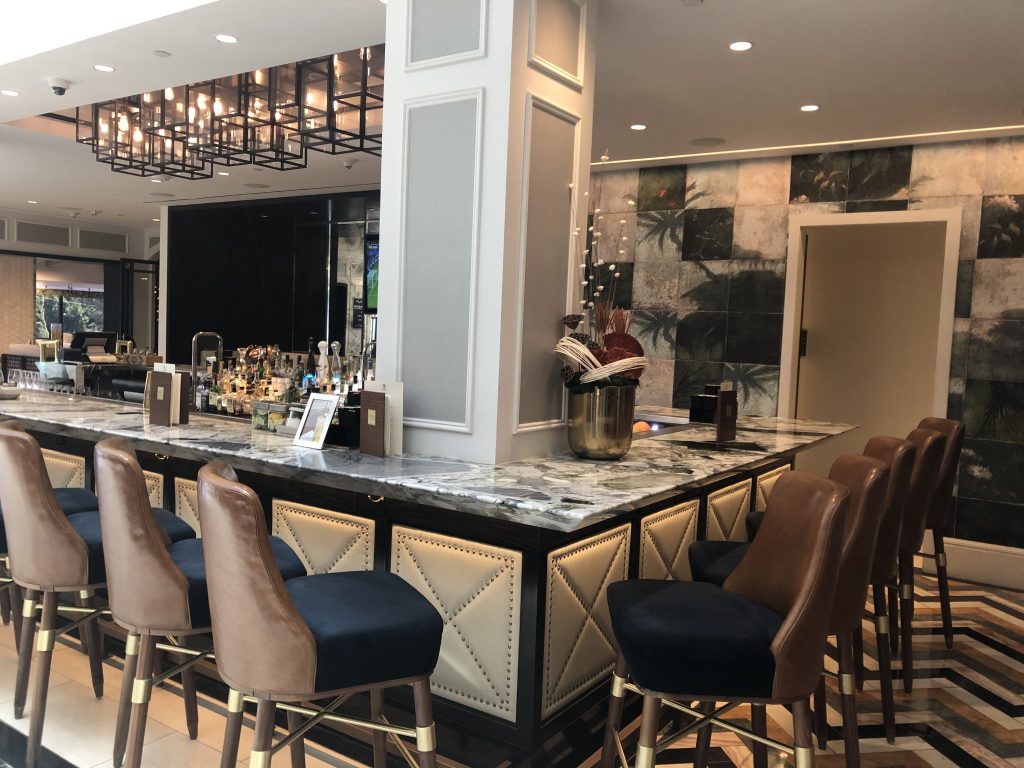 Like what you see? Be sure to book your holiday to Los Angeles at The London West Hollywood. Speak to one of our travel experts today to secure a booking on 020 7749 9252.