If you’ve been before, you’re already going or you’ve never heard of the place, you need to read this. No matter what happens, millions will flock to Florida this year for some reason or other, whether its for a holiday, on business, for their honeymoon or whatever. We know it will happen because it always does, it’s the top travel destination in the world, tourism brings millions of dollars into the state’s economy every year. But hey, that’s no reason to not help them out and give you some even better excuses to shoot off over there… 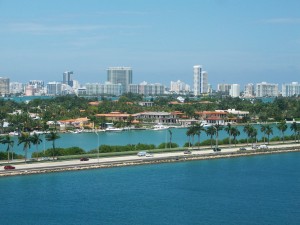 Miami Beach International Fashion Week
For you hipsters out there this is something that should definitely be on your calendar. In its development over the past fourteen years, the Miami Beach International Fashion Week has grown and grown to the point where it is now the largest international fashion event in the whole of the US. It’s going to be taking place in March in the Miami Beach Convention Centre and tickets are already on sale, the line-up is yet to be announced but I’m pretty sure you can expect something spectacular.

Tampa Bay Pro-Am
For those of you interested in golf, you’ll be glad to hear that the famous Outback Steakhouse Pro-Am is going to be back again this April, except this year it’s changed its name: The Tampa Bay Prom-Am and this year it is going to be hosted by Tamp Bay Lightning, bringing together the two sports for the good of the Tampa Bay Community. When questioned on the matter, the chairman of Tampa Bay Lightning, Jeff Vinik, stated that: “We are proud to be partnering with one of Tampa Bay’s most prestigious and visible events,” he went on to say: “This event has contributed a tremendous amount of physical resources and exposure to some of the area’s best charities and we look forward to helping elevate the event so that even more can be done for the good of the Tampa Bay community.”

Miami’s Music Scene
Just in general, if you take a look at the calendar for the next couple of months of concerts in Miami, you will not be disappointed, there’s something for everyone. Gracing stages all over the city there’s going to be artists such as: Q-tip, The Four Tops and The Temptations, Tool, Willie Nelson, Blue Oyster Cult, Kelly Clarkson, Diana Ross, Inner Circle, Lenny Kravitz, Radiohead, Frankie Valli and the Four Seasons and much, much more.