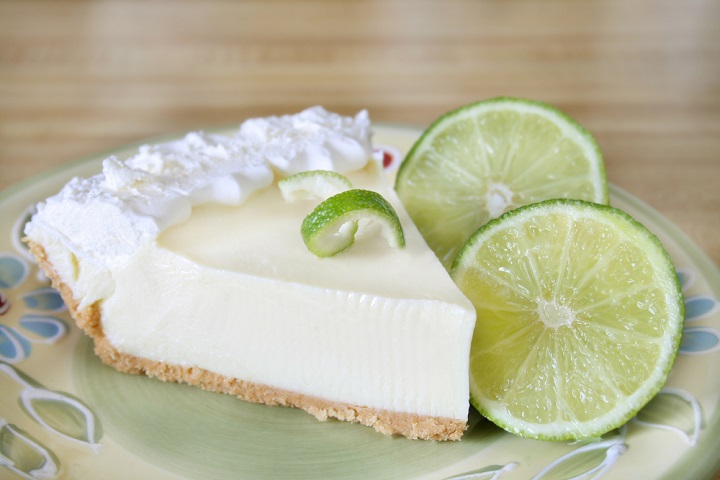 People mostly associate Florida with its pristine beaches and theme parks, while its food scene is often overlooked. The Sunshine State’s unique historical and geographical connection with Cuba has left a lasting influence on its cuisine. Dishes such as the Cuban sandwich and the iconic frita have become a staple in Floridian dining. On your holiday to Florida, don’t miss out on sampling some of the state’s native dishes.

Key lime pie is one of the most iconic U.S. desserts, made with Key lime juice, egg yolks and sweetened, condensed milk in a crumbly pie crust topped with meringue. Its origins can be traced back to the 1930s, when the first recipes for this sweet treat were created. Unusually, the pie’s roots are more practical than you may think. No fresh milk or refrigeration were available in the Keys until Florida’s Overseas Highway opened in 1930, bringing with it the arrival of tank trucks. Because of this, local chefs used sweetened condensed milk.

The essential ingredient, Key lime, comes from a tree which is in fact native to Malaysia. It is believed that the tree arrived in Florida Keys in around the 1500s. Unlike the vibrant green limes we’ve come to know and love, Key limes look slightly more unusual. They are smaller and often have yellow-green skin. Regardless of the limes’ appearance, Floridians are adamant that a Key lime pie made without Key limes is inauthentic. This matter was taken up by Florida State Representative Bernie Papy Jr in 1965, who sought to introduce a law to give $100 fines to those advertising Key lime pies made without Key limes. The legislation was not introduced, however this tasty treat was later recognised as an ‘important symbol of Florida’ by Florida State Legislature. 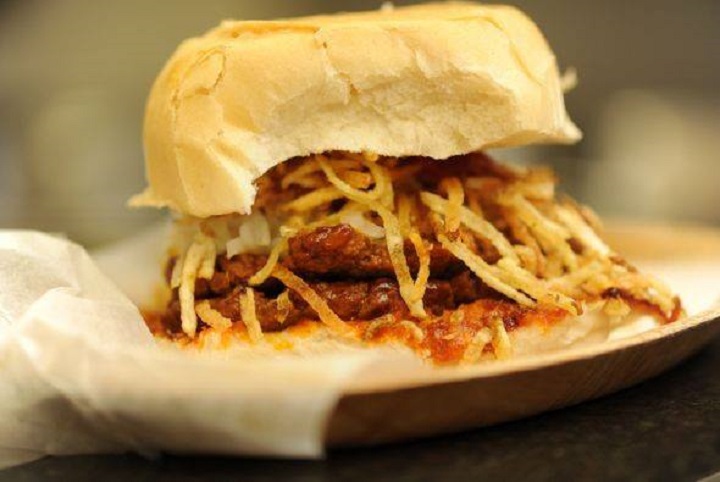 Fritas (pronounced free-tahs) are delicious if not slightly unusual burgers made with ground beef and sometimes chorizo, paprika, julienne-cut potatoes or potato sticks, diced raw onions and ketchup on a Cuban roll. The dish originated in Cuba as a form of street food, and thus has been dubbed the Cuban hamburger. When Cubans migrated to Miami after the Cuban Revolution, the frita was introduced and it remains one of the city’s and indeed the state’s most popular dishes.

We were fortunate enough to speak to Barry Hennessey of West Miami institution El Mago de las Fritas, to find out more about the frita:

“A frita has many variations, however in our eyes the most critical part is making your own julienne potatoes. Cans can’t replace what fresh provides. The seasoning should be that of chorizo and the bread, Cuban style buns. In Florida as a whole they are regional to South Florida, but expanding more north every year. In south Florida they are a fast casual staple for morning, noon and night.”

So, why should you visit El Mago de las Fritas to get your Cuban frita fix? “In a world of chain restaurants and rockstar chefs, we bring back the old diner concept of simple family-owned and operated, everything prepared on site, with hands that care,” said Barry. “We want to make you part of our little family, we want to know you, your family and friends.” 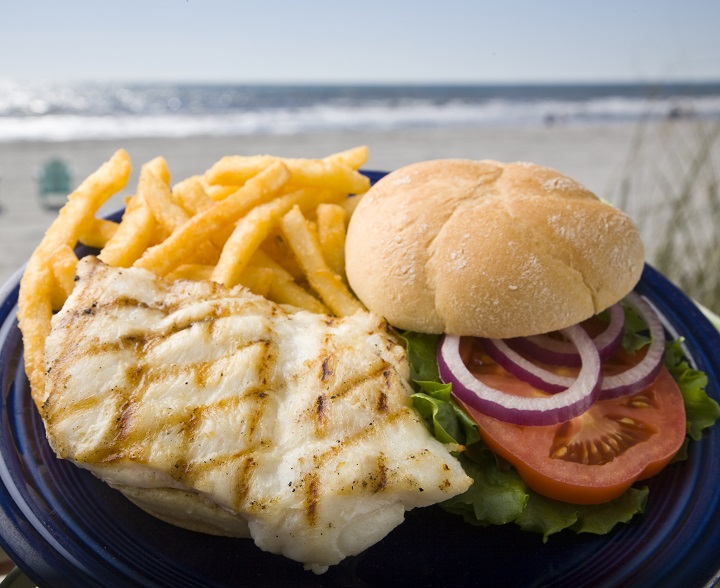 Grouper is a tasty white-meat fish found in abundance in Florida. The firm texture of the fish makes it perfect for sandwiches, so it’s easy to see how this quickly became a Florida staple. On the historic East End of Panama City Beach, Schooners is known as the last local beach club. It’s also one of the best places in the state to get a grouper sandwich. The bar and restaurant is open all-year-round and specialises in fresh, tasty seafood. We spoke to Toni Davis, co-owner of Schooners, about this native dish of Florida:

“Everything tastes better when you eat on the beach, and there are a few things on the Schooners menu that rival the best you can find anywhere. The most famous by far is the grilled grouper sandwich. The late Jaime Shannon of Commander’s Palace, winter of the 1999 America’s Chef of the Year, James Beard Foundation, put it best when he said simply ‘This is the best sandwich in the world!’

“The secret to preparing perfect fresh caught Gulf Grouper is…keep it simple, let the fish speak for itself!

“Schooners’ menu is not fancy, just perfect casual beach food – fresh, full of flavour and served up with a friendly smile and a spectacular view! For years, Schooners has been voted the best place for live music, and best bar, and best place to go dancin’, and best local flavour, so this little old dance floor sees a lot of action. The bands start early, so people are up dancin’ before the sun goes down, and they stay there till the wee hours.” 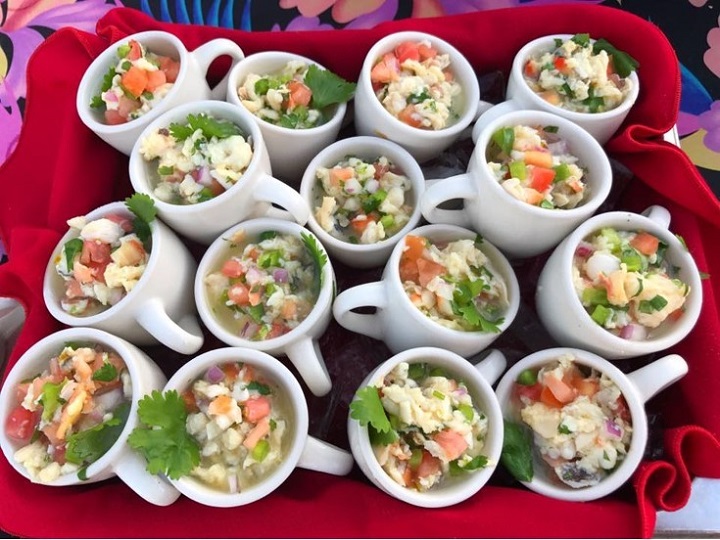 Conch is one of Florida’s most unique seafood delicacies. Whether it’s served as conch fritters, cracked conch or conch chowder, this delicious shellfish is worth a try on a visit to the Sunshine State. One of the best places to try all these tasty concoctions is Conch Republic Seafood Company. We caught up with Casey Arnold to find out more about the restaurant:

“The Conch Republic Seafood Company (CRSC) is nestled in the heart of the historic seaport overlooking the beautiful marina, yachts and many fishing boats. CRSC only offers local, fresh ingredients where guests can watch tableside as our fisherman and lobstermen unload their fresh catch directly on our docks!

“The building occupied by CRSC is a staple in the history of the Key West fishing and sponging industry as it is formally known as the Singleton Fish House and Ice Plant who once boasted as the largest in the world. At the peak of shrimp season, dozens of shrimp trawlers unloaded their catch on the CRSC docks where they were processed and packed for shipment in what is now the main dining room. We stay true to this tradition by hosting our own fleet of fishing and lobster boats who dock and unload our fresh catch daily. Come join us and watch as our dock-to-table dining unfolds before your eyes.”

So, how important is conch to Floridian cuisine? “Unfortunately, Queen Conch has been overfished in the Keys and is now illegal to capture or kill,” said Casey. “However, conch is an extremely delightful fish that can be found in most restaurants in the Florida Keys! CRSC imports delicious conch from our neighbours in Nicaragua who grants us the ability to offer the freshest product available.

“Here’s a fun fact! Conch is so fundamentally important to the history, growth and development of Key West that citizens born here are distinguished from others by being called ‘Conchs’! If you are not from Key West but have lived here for longer than years, you are known as a ‘Freshwater Conch’.

“CRSC offers a variety of conch preparations such as our Cracked Conch, Conch Fritters and our infamous Bahamian Conch Chowder. From time to time our inventive chef creates exclusive specials featuring conch ceviche, conch salad or occasionally a delicious conch based sauce poured over a fresh filet of fish. My personal favourite is the Cracked Conch which will transport your taste buds to the Caribbean with tenderised Queen Conch flash fried in our signature tempura batter and served with orange horseradish marmalade.” 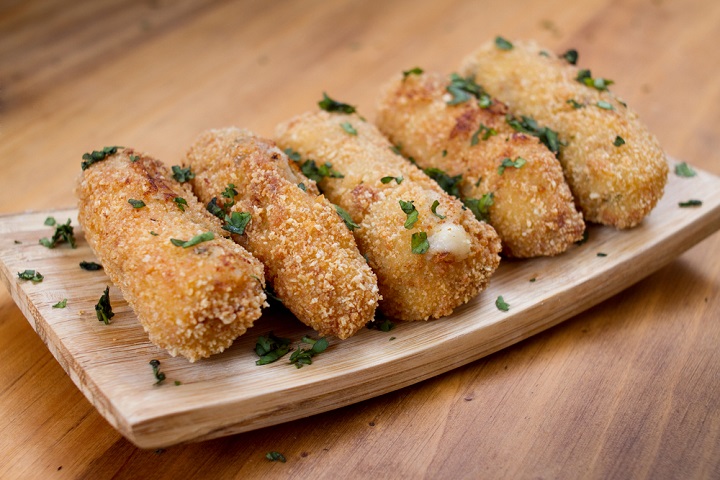 Nothing is quite as satisfying as breaking into a crispy croqueta and revealing its gooey filling, whether it be Manchego cheese and serrano ham, or smoked fish. Originating in Spain, the croqueta was the country’s answer to the French croquette. Popular in the southern region of Andalusia, croquetas have made their way across the globe and, unsurprisingly, into Florida’s cuisine. Today you can find delectable croquetas all over the state, however the majority of specialist restaurants are in Miami. 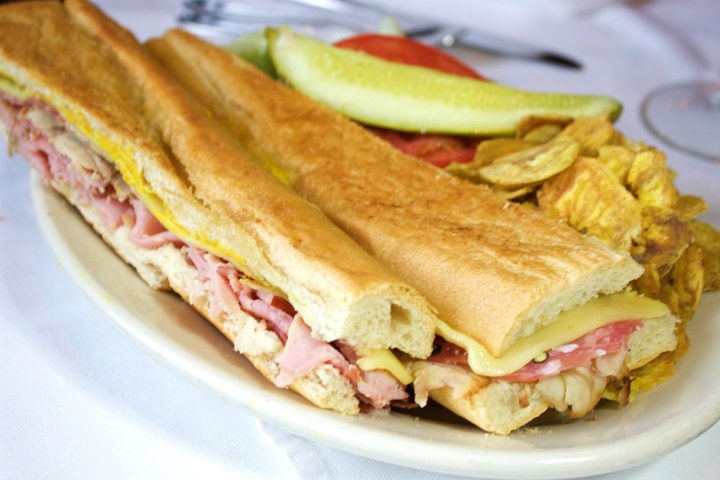 The Cuban sandwich was originally created to cater to Cuban immigrant workers in the state. When Florida’s cigar industry moved to Tampa in the 1880s, many Cuban workers moved to the area. As such the city is widely credited with the creation of this delicious sandwich. Although the life of this native Florida dish began in Tampa and Key West, it soon gained popularity and became available state-wide.

One restaurant group has been making this legendary sandwich for over a century. Columbia Restaurant has its roots in Tampa and group marketing and public relations manager Angela Geml told us about the history of the restaurant:

“Our guests enjoy many of the same century-old family recipes that have made the Columbia world famous, entrees such as Paella ‘a la Valenciana’, red snapper ‘alicante’, Pompano en Papillot ‘a la Cubana’ and filet mingon ‘chacho’.”

With several branches throughout Florida, Columbia Restaurant has become somewhat of an institution. As well as its mouth-watering entrees, their Cuban sandwich is renowned:

“The Columbia’s Original Cuban sandwich was created in Tampa, Florida. The ‘Mixto’ as it was known in the beginning, was created in the 1980s for the cigar workers as they walked to and from work. The sandwiches underwent changes as immigrants from different countries came to Ybor City. The city of Tampa was like the sandwich, a mixture of cultures and food. The Spanish brought the fine ham, the Sicilians the Genoa salami, the Cubans the mojo-marinated roast pork, the Germans and the Jews the Swiss cheese, pickle and mustard. Put it all together between sliced, freshly baked Tampa Cuban bread from La Segunda Central Bakery, and life is great.”

Today, Columbia Restaurant uses the original 1915 recipe from its founder, Casimiro Hernandez Sr. “The Columbia’s Cuban sandwich’s popularity stems from the quality of the ingredients used,” said Angela, “and the way they are layered and pressed together with a hot press, melding the tastes of the ingredients together.”