Thinking of going on holiday with some of your best gal pals? Why not use your favourite chick flick as inspiration? Our travel experts, and resident rom-com specialists, have compiled a list of chick flick-inspired holidays to some of our most popular holiday destinations. So grab your girlfriends, because it’s time to start planning the ultimate girls trip. 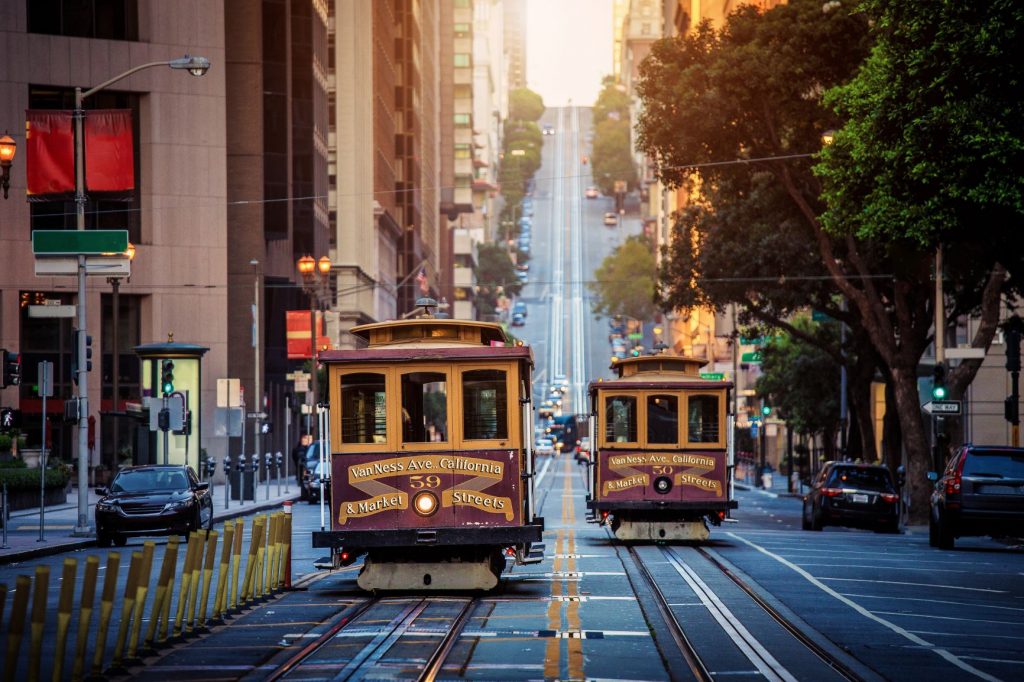 Discover some of San Francisco’s hot spots with your girlfriends

Not only is the city of San Francisco a foodie’s paradise, but it makes a great backdrop for a girl’s trip. You and your friends can tour the city and discover some of SF’s hot spots, including Haight Street, Palace of Fine Arts, Golden Gate Park and the DeYoung Museum, all of which were featured Netflix’s latest drop Always Be My Maybe, starring Ali Wong and Randall Park. In fact, you could stay at the same hotel in which  Ali Wong’s character, Sasha, meets the Keanu Reeves. For a lower price guaranteed book your holiday to San Francisco at The Fairmont, located just 10 minutes away from Union Square. 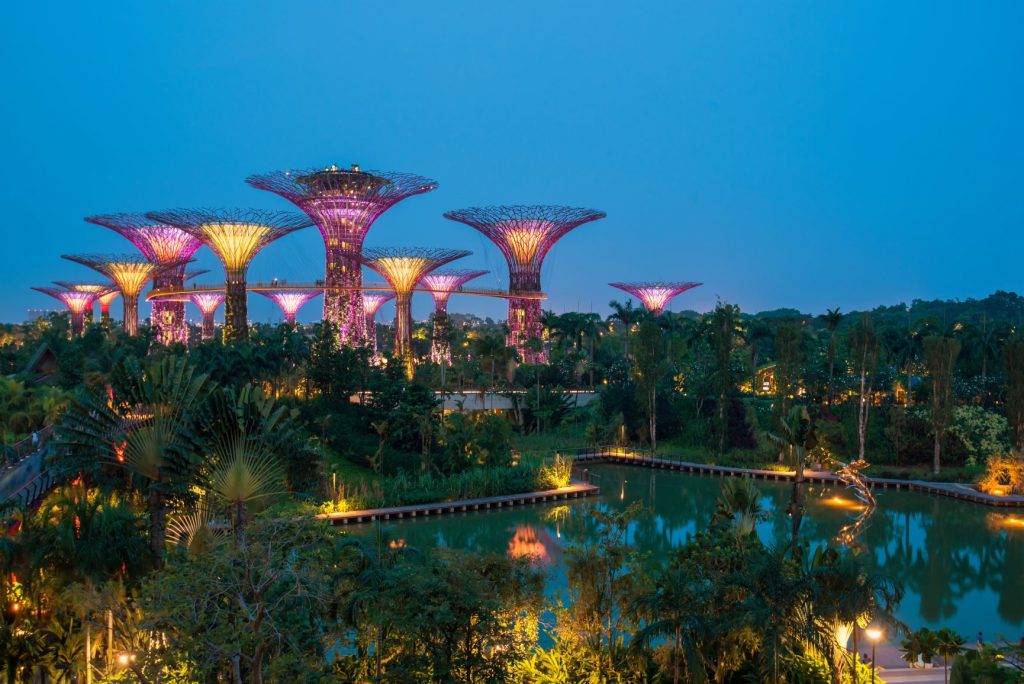 When Rachel Chu agreed to join her dreamy boyfriend, Nick, to his home country, Singapore, little did she know how much the city and its crazy rich residences would impact her. The Lion City is notorious for its opulence; the shopping, the food and its people. Live out your crazy rich fantasies with your gal pals on a holiday to Singapore by booking your stay at the Raffles Hotel, the very same hotel Nick and Rachel stayed in the film.

A Wine Country Holiday with your partners in wine 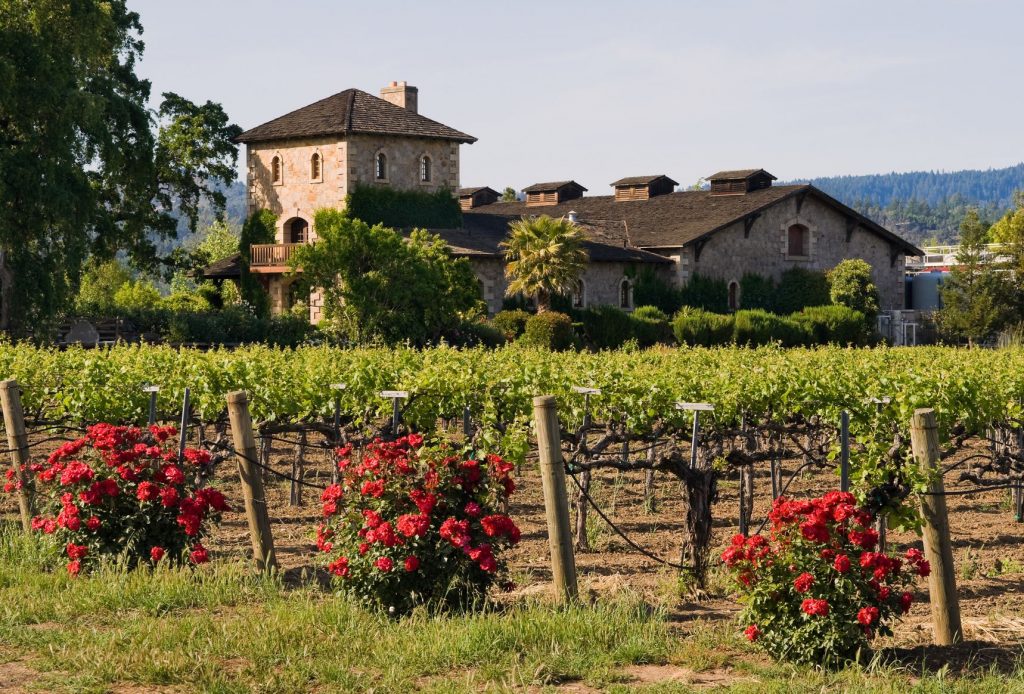 Sonoma County is a great place to spend a girly holiday

The hilarious women of SNL brought the force to Sonoma County in the Netflix’s hit, Wine Country. Sonoma County is a great place to spend a girly holiday – whether you want to recreate the women’s crazy antics is entirely up to you. Tour the real-life Wine Country and explore nouveau wineries like Artesa or classic vineyards like Quintessa (both of which were featured in the film!). If you’re planning a girl’s trip like the ladies did in Wine Country, consider booking your stay the Farmhouse Inn in Sonoma County. The estate provides a homey atmosphere with a touch of luxury, similar to the house the girls rented from Tammy, aka Tina Fey. 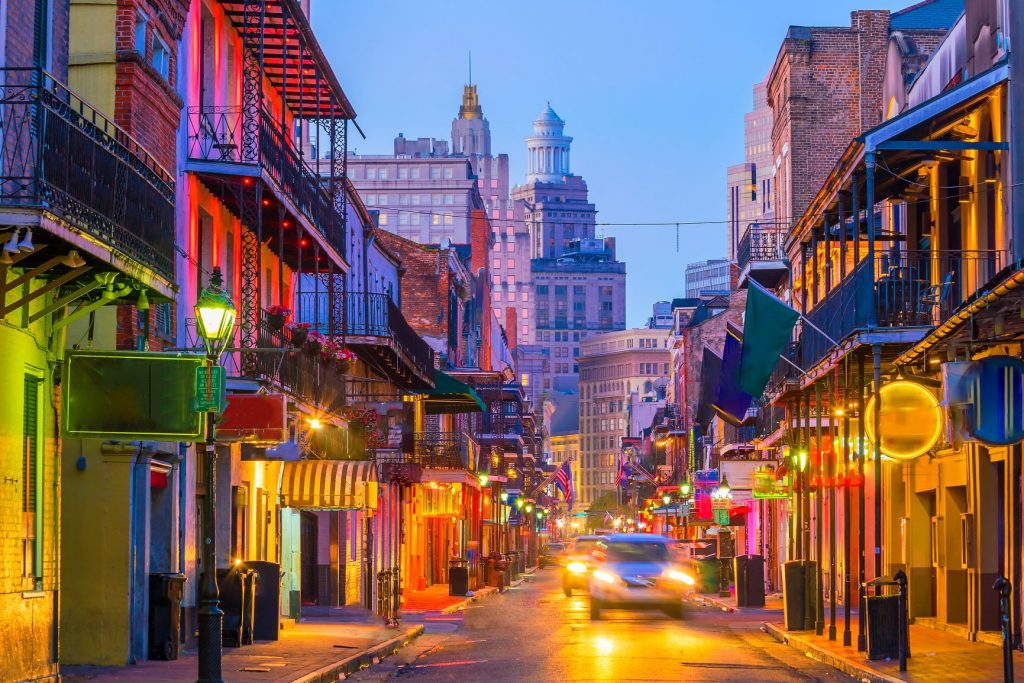 Bourbon Street lights up the French Quarters when the sun goes

New Orleans is a top destination for a girl’s trip as there’s always something to do, at any time of the day. In fact, in the 2017 hit, Girl’s Trip, the Flossy Posse definitely hit the streets of New Orleans hard during their visit to NOLA.  Bourbon Street lights up the French Quarters when the sun goes down with its famous blues lounges, dive bars and street parties. The Hotel Monteleone is located less than a 10-minute walk from the hustle and bustle of the French Quarters. Be sure to book your stay there for your New Orleans holiday.

Have Breakfast at Tiffany’s flagship store in New York 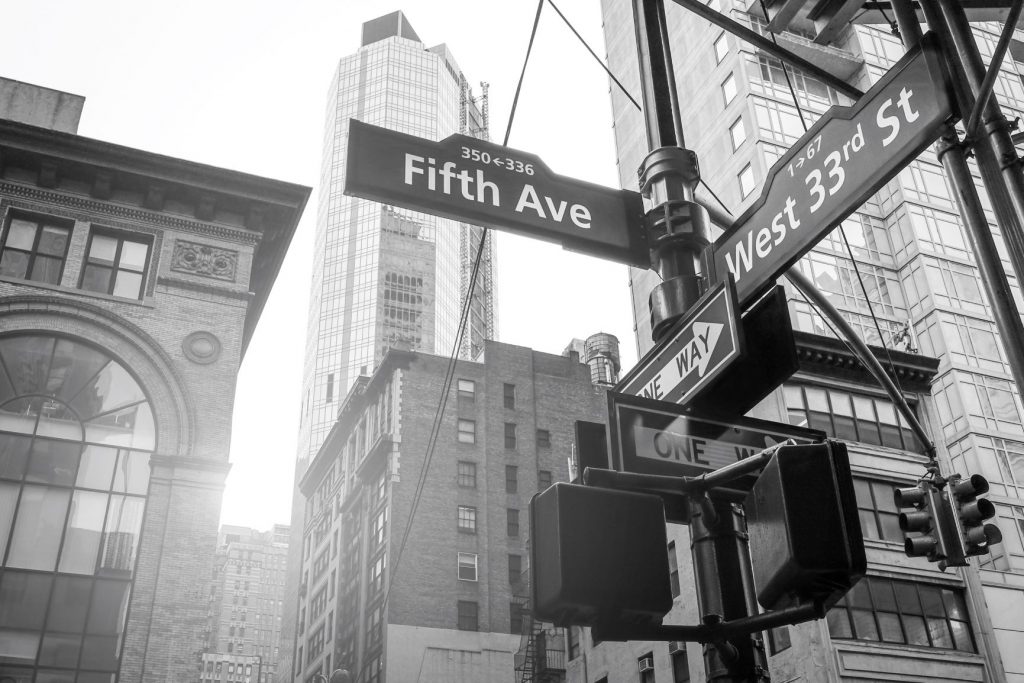 Unleash your inner Holly Golightly on your holiday to New York

Shopping, trendy restaurants and a legendary nightlife, what more could you ask for in a girl’s trip? New York has played a main character in hundreds of chick flicks, including Audrey Hepburn’s classic, Breakfast at Tiffany’s. In fact, you can actually have breakfast at Tiffany’s during your holiday to New York. The Blue Box café can be found on the fourth floor of the Fifth Avenue flagship store and serves brunch, afternoon tea and lunch. Need a place to stay? Consider The Pierre New York – A Taj Hotel on Fifth Avenue. The 5-star bolthole is a five-minutes walk away from Tiffany’s. Not only is the location fantastic, with views of central park but the luxury rooms and amenities would have definitely been Holly Golightly-approved.

How Stella got her Groove Back in Jamaica 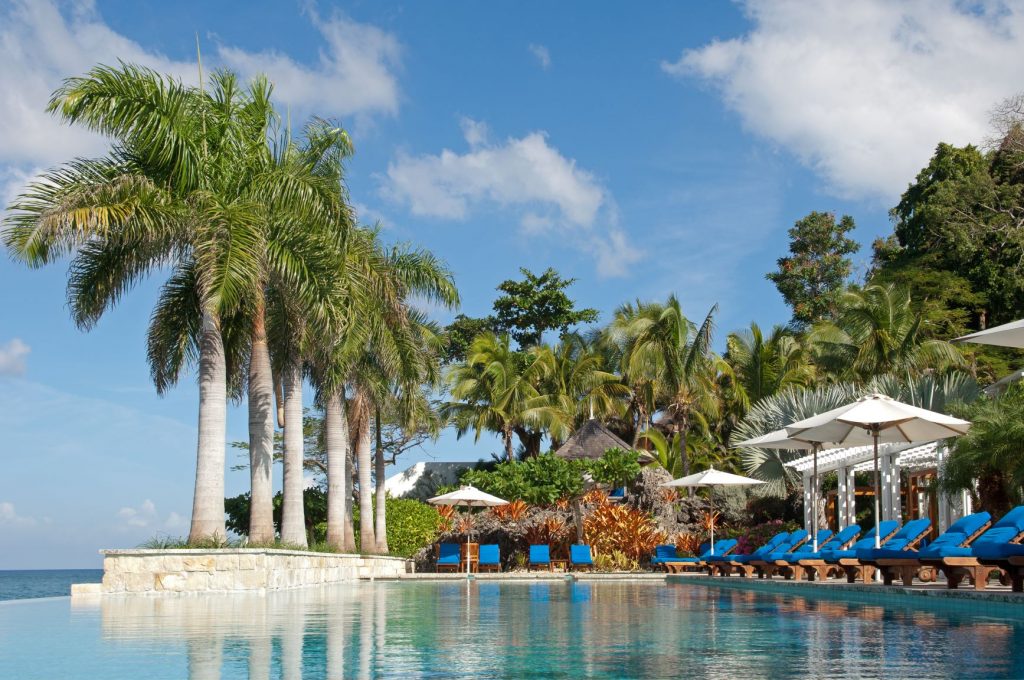 When working girl Stella decided to holiday in Jamaica, not only did she find a gorgeous man, but was able to let loose and enjoy the Caribbean sunshine. While we can’t promise you meeting a dreamboat like Taye Digg’s character, Winston, we can certainly book your holiday to Jamaica at the exact hotel Stella herself stayed at. The majority of the film was actually shot at the Round Hill Hotel in Montego Bay. Soak up the sun by the hotel’s pool or snuggle up in your cosy bedroom, designed by Ralph Lauren himself.

Stay at the same Beverly Hills hotel as Pretty Woman 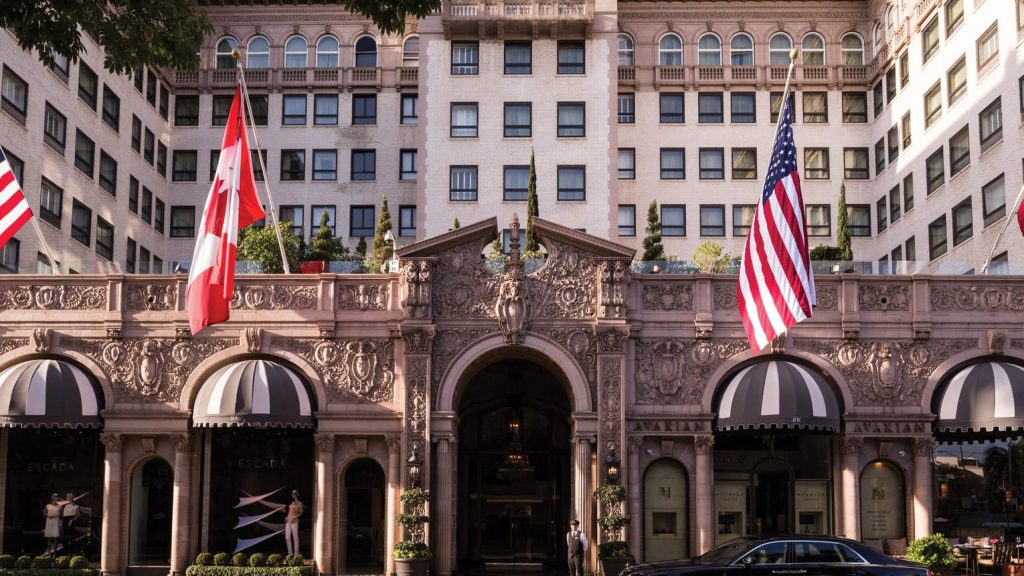 Who wouldn’t want to be pampered like Vivian Ward in Pretty Woman? Well you and your girlfriends can turn that into a reality with a holiday to Beverly Hills. Check in at the Beverly Wilshire hotel, the hotel that was featured in the 1990 film. It even offers a Pretty Woman Hotel Experience package for fans of the movie, where you too can be showered in luxury. Stay in the exact same suite where Julia Roberts and Richard Gere shot their scenes, and receive a behind-the-scenes tour of Rodeo Drive’s top fashion houses, a luxury dining experience at THE Blvd and more.

Sisterhood of the Travelling Pants film locations in Greece 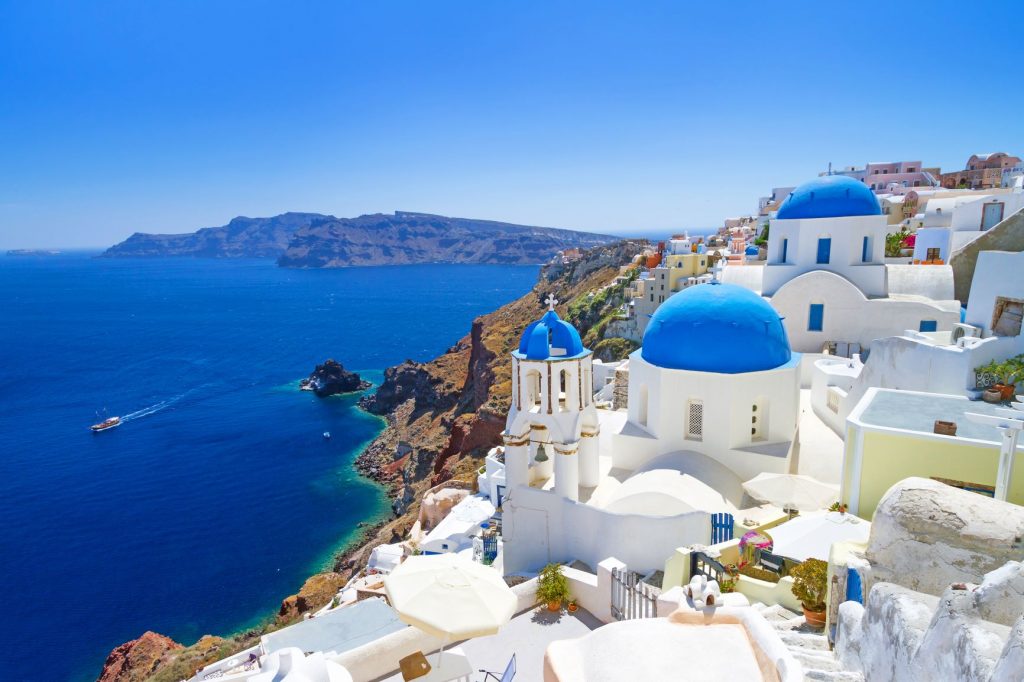 While the teen-drama was mostly set in the USA, Alexis Bledel’s character, Lena Kaligaris travels to Greece for the summer where she meets the tall, dark and handsome Kostas. They shot several of the scenes in Santorini, specifically in Oia, a picturesque village, with classic Greek white buildings and blue domes. Book your girls trip to Mystique Resort, situated among the Oia hills. Not only will you be able to enjoy the hotel’s 5-star service and amenities, but you can watch the gorgeous sunset from their swimming pool.