Ask someone where they’d go on a holiday to the Caribbean and chances are they’ll say Barbados. Justifiably so, as the country has an endless bounty of experiences and attractions to offer. Whilst it is often the beaches that lure travellers in search of luxury and R&R, this paradise island has many treasures that remain somewhat off the beaten path.

As Paul Johnson from A Luxury Travel Blog comments, “If you’re heading to Barbados, you’ll no doubt want to see the swimming pigs and other well-known phenomena. But what about the hidden side of Barbados?” If you fancy trying out something truly special on your holiday to Barbados, we have collated this handy list of ten of the most unique experiences on the island, as chosen by travel experts who love the country.

Beaches off the beaten track 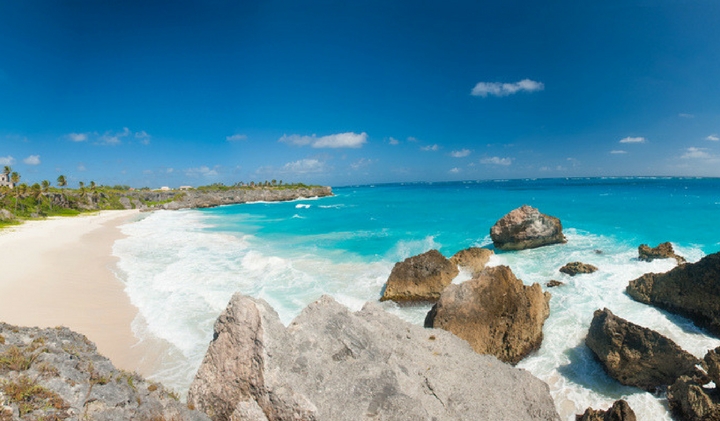 We all know that, whether you’re a sandals and sun-lounger type , or something of an intrepid adventurer, there may be several hours spent on the beach during any Barbados holiday. With fine powdery sands welcoming the cyanic sea,spending a few hours unwinding under the warm sun is irresistable. However, if you fancy straying away slightly from the crowds, there are several coves and bays that are more secluded.

“From its famed beaches to its stunning colonial architecture, Barbados surely has plenty of sought-after and awesome places to offer to travellers. If, however, you want to steer clear of the crowds, you might want to hit lesser-known spots, like Harrismith Beach and Accra Beach.”

Harrismith Beach is a small bay on the south east of the island, easily reached from the popular Bottom Bay. The shallow lagoon protected by the surrounding reef makes this spot perfect for a blissful dip. Here, you can not only sunbathe, but also take a short stroll around the ruins of a fascinating old plantation house on the clifftop.

On the east coast of the island, Bathsheba is also a beach not to be missed. Its majestic rock formations sit in stark contrast to the scenery on the other side of the island, and the pink-tinged sands create a fantastical atmosphere quite unlike your average beach. The boulders strewn across the beach are perfect for fans of rock scrambling and climbing, and also make a beautiful setting for a spot of holiday photography.

Snorkelling along the reefs 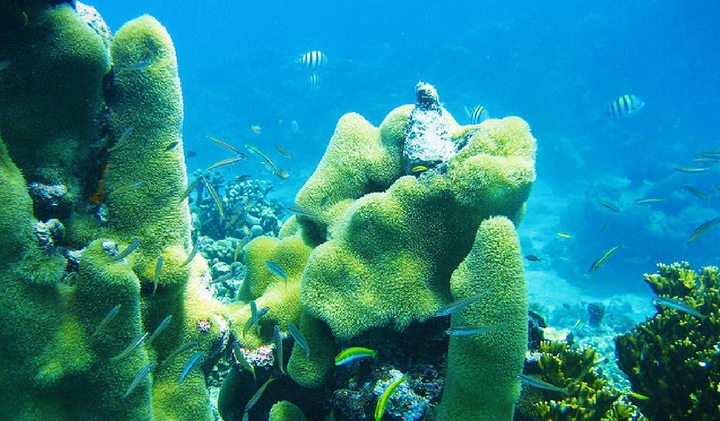 Whilst you’re by the sea, don’t miss the chance to discover the beautiful underworld that hides beneath the Caribbean waves. Along the coasts of Barbados, the waters boast a visibility 40 to 70 feet for most of the year, perfect for spotting rare species including tropical fish, turtles, stingrays, manta rays, barracudas and dazzling coral formations.

“Barbados is the perfect getaway destination. Everyone on the island goes out of their way to make you feel at home and their overall energy is uplifting. One of my favourite experiences was the snorkelling – the whole experience was unforgettable.”

Head to Mullins Beach in the northern St. Peter’s area to discover a circular reef full of sea life, and Brighton Bay Beach in the southern St. Michael area for impressive coral gardens, turtles, sea fish and some fascinating shipwrecks just off the reef. Carlisle Bay in the Folkestone Marine Park is a popular spot for shipwreck exploration, with six curious sites to discover, complete with ancient anchors and cannons. 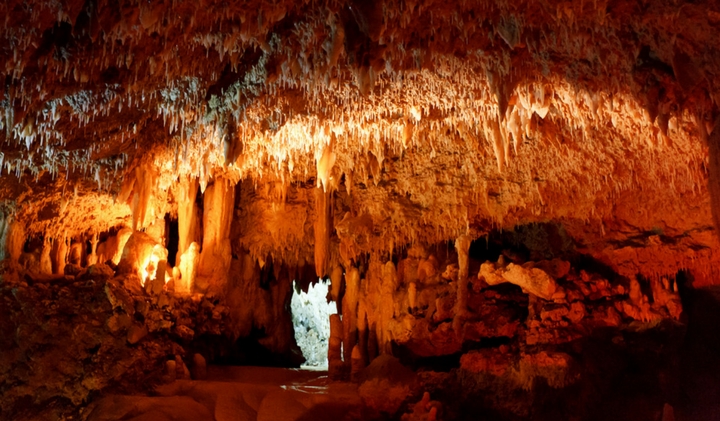 Harrison’s Cave perhaps doesn’t qualify as a ‘hidden gem’ of Barbados, but, as Jason notes, it is “extremely impressive” and worth going out of your way to see nonetheless. Named as one of the country’s Seven Wonders by the Barbados Tourism Encyclopedia, the caves attract many visitors each day, but they still manage to retain that unique sense of discovery due to the other-worldly scene that lies within.

When you step into Harrison’s Cave, you will immediately be in awe. This incredible gallery of stalactites and stalagmites looks almost prehistoric, and in some places the mineral formations reach from floor to ceiling, joining in unusual pillars.

You will be led through the intricate network of limestone caves by tram, stopping to inspect the formations and learn about the history of these curious cave systems. At the lowest level, you are even able to leave the tram and walk beside a serene underground waterfall that plunges into a deep turquoise pool. 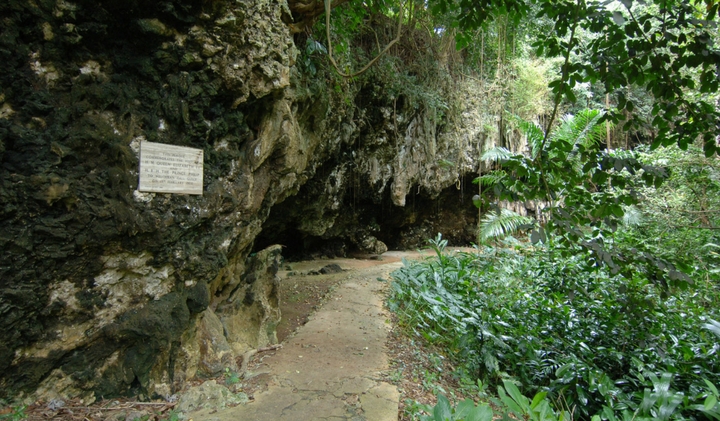 In 1866, Reverend J Moffat visited Barbados and wrote, “There is a gully, that of Welchman Hall’s that no one should omit to visit”. To this day, bloggers who have visited the country recommend the gully as a prime attraction, praising the beauty and diversity of this wildlife-lover’s haven.

General William Asygell Williams founded the gully in the 1600’s, having been banished from England by Cromwell after losing the Battle of Bristol. He established a plantation in Barbados named Welchman Hall, and quickly began adding exotic trees and an orchard that soon became home to some of the island’s most fascinating species.

Today, Welchman Hall Gully is a prime location for spotting some of the best of Barbados’ flora and fauna, including the world’s smallest snake (totally harmless, of course) and countless troops of monkeys who you are sure to encounter during any self-guided tour of the area. The gully is also the location where grapefruits were first discovered by Reverend Griffith Hughes, for some time being known as ‘the forbidden fruit of Barbados’. 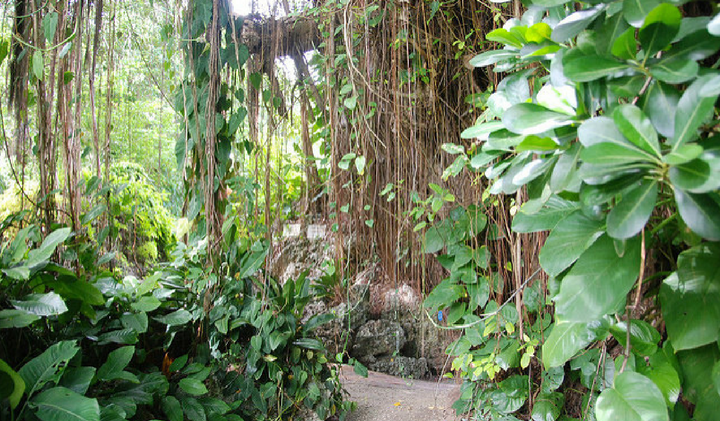 If you’re looking to experience some of the more untouched areas of Barbados, Paul recommends heading for the eastern side of the island. He comments, “It might be more rugged but it is still home to some quiet beaches and lovely walks. A great place to be if you love tranquillity and peaceful picnic spots, or if you have a passion for surfing.”

The eastern side of the island is where the local people – Bajans – often spend their own holidays, as it is much less developed than the west. Whether for a few nights or simply as a day trip, the area is well worth a visit. Expect spectacular limestone cliffs, impressive rock formations and waves that are, as Paul notes, amazing for surfing.

Here you can hike along the impressive cliffs, experience some of the world’s best watersports along the coast, and explore some imposing Great Houses, formerly home to wealthy plantation owners, with gothic regency styles standing out against the natural landscape.

The Andromeda Botanical Gardens are a truly beautiful sight to behold – thriving with cacti, ferns and orchids, and even a famous Ficus citrofolia which creates a huge canopy of branches and tangled roots in mid-air.

After exploring the east coast, retire for the evening to a local restaurant to try delicious regional delicacies, such as Bajan fried chicken, jerk pork, conch fritters and fried flying fish in salt bread sandwiches – all home-made, naturally. 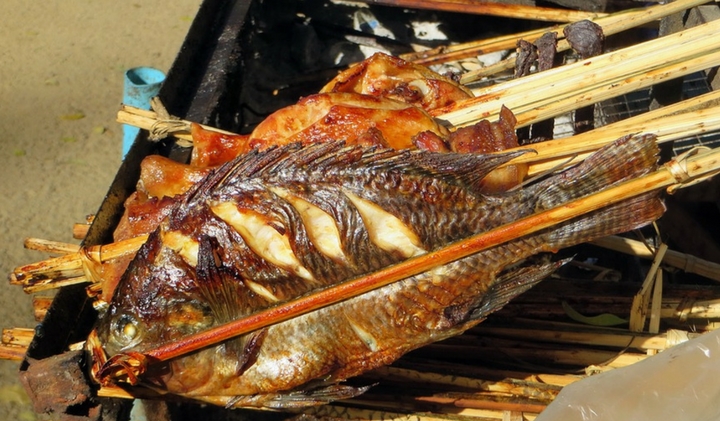 Of course, wherever you visit in Barbados, sampling the island’s delicious food is a must. If you want to eat like a real local, Jason also recommends trying the delicacy that is flying fish. To experience the dish at its best, he says to head to Oistins Fish Fry on a Friday night at Oistins Bay Gardens. Situated on the south coast, this is a hotspot of delectable seafood, where you can sample everything from tuna and lobster to mahi-mahi, flying fish and swordfish. There are also some delightful handicrafts on sale, and some fantastic reggae and calypso tunes to dance to, often played by a live band.

Kiara Schwartz from the travel blog, ToburckAve, recommends Sahara Arabic Grill and Falafel restaurant for something a little different in the culinary sphere of Barbados. She says:

“This little spot left a lasting impression when it came to a place that isn’t necessary one that would be on any must-visit list. My favourite thing about places like this food stand is that you basically have to stumble upon them, take a chance, be really hungry and then either be blown away or not. This spot, called Sahara, was a ‘blown-away’ type of place. So I highly recommend stopping there for a bite when near Bridgetown.” 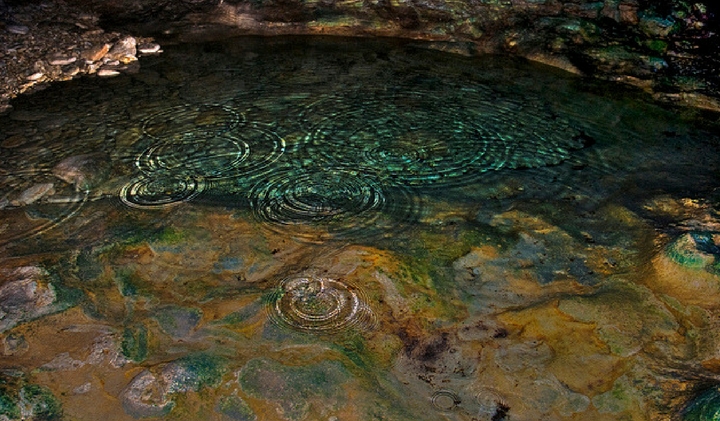 Animal Flower Cave certainly qualifies as a hidden gem of Barbados, being the island’s only accessible sea cave. This is a cave like you have never seen before. Instead of the usual rocky interior, you will find a dazzling display of colours and patterns formed by the oxidation of copper and iron, all covering the cave walls like an expressionist painting.

Some of these formations even resemble the island’s oldest residents, such as turtles and lizards. In fact, the cave is so beautiful that it has featured in various films and music videos . Above the cave, you will find various clifftop bars and restaurants serving what many attest to be the best lemonade in the country. There are also various craft stalls and a children’s play area. If you’re lucky, you might even spot some whales.