After spending the first few days of her California trip in San Luis Obispo, one of our travel experts, Angie, spent her last night in the Los Angeles neighbourhood of West Hollywood. She recounts her short and action packed 24-hours in the WeHo.

We arrived at The London Hotel in West Hollywood close to lunchtime. After dining at the Boxwood Restaurant, we were given the freedom to do whatever we liked for a few hours. Some of us decided to have a quick visit to some of Hollywood’s main landmarks, while others chose to spend the afternoon under the sun at the hotel’s rooftop pool. I gave myself a quiet afternoon. I had invited friends who lived in the LA area to have a catch up over a cheeky cocktail at the hotel bar before sneaking out to do a quick shopping trip at The Grove. The shopping centre is everything you would expect. Every designer and brand known to man all neatly lined up in an outdoor, Mediterranean-style venue. Otherwise known as my vision of heaven. I may or may not have spent my entire travel budget on Sephora, but hey, can you blame a girl? 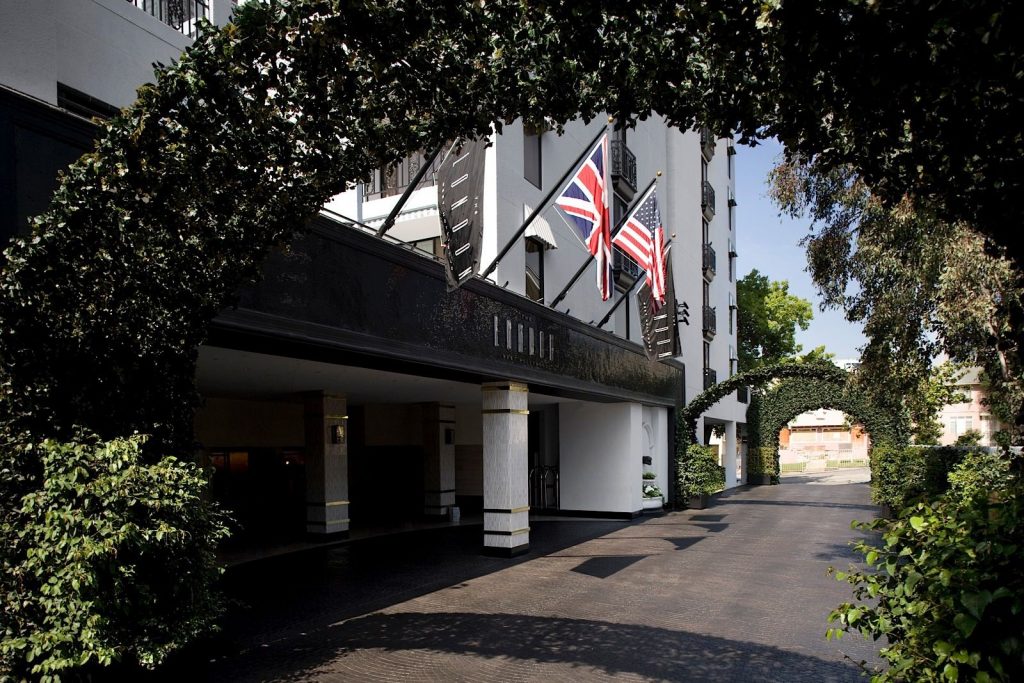 Checking into the London Hotel in West Hollywood

A Night out in West Hollywood

As it was our final night, we got dressed to the nines. Heels, dresses and button up shirts and we were good to go. We tittered our way down the hill and strode through Melrose Avenue before reaching E.P. & L.P, a stylish Southeast Asian restaurant where the guests looked as immaculate as the venue’s décor. We sipped our cocktails and ate our elevated meals while retelling our favourite stories from the trip so far.  We ended our evening with a visit to the infamous Comedy Store, an entertainment venue where Robin Williams, Richard Pryor and Jim Carrey all made their stand-up debuts. Most of the stand-up performances were from brand new comics, and while we cringed at some flops, we did have a giggle here and there. When walking back to the hotel, my feet were in pain from the heels I ambitiously chose to wear. However, I felt elated from just being on Sunset Blvd on the quiet Sunday evening, soaking up the West Hollywood buzz. I was asleep once my head hit the pillow, dreaming of the wonderful trip I had so far. 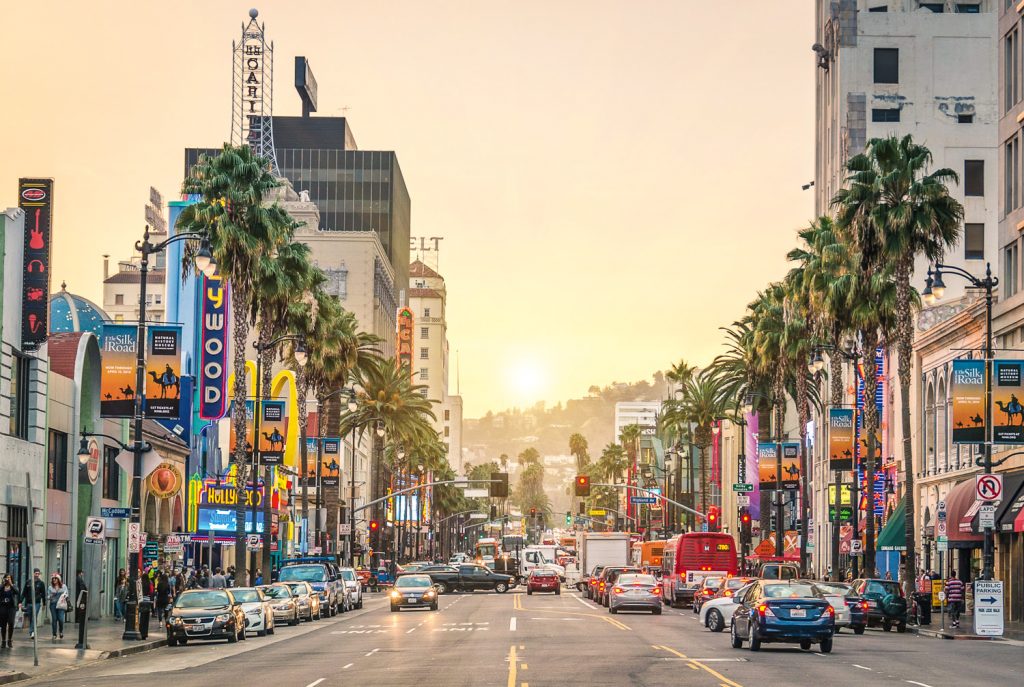 We titterd along Sunset Boulevard

A Morning Hike up Hollywood Hills

After having a quick breakfast at the hotel, we were off to Griffith Park for our morning hike. As someone who had just recently ruptured two of the tendons on her right leg, and sprained the ankle of the left, this activity was the one thing on the itinerary I was least looking forward to. Fortunately, the hike ended up being one of the highlights of the trip. Since hardly anyone in the group was particularly athletic, we all went at our own pace. The hike became less of an excursion and more of a leisurely stroll, despite the many steep hills, which we as a group all conquered together. This was in part thanks to our local hiking leader, Elizabeth, from Bikes and Hikes, who kept the morale up and offered plenty of breaks in between. Our hard work paid off as we were given one of the best views of the city, as well as a sneaky peek of the iconic Hollywood sign. We ended our two-hour hike with a quick visit to the Griffith Observatory before we had to quickly return to our hotels to pack up and dash to our final meal of the trip. 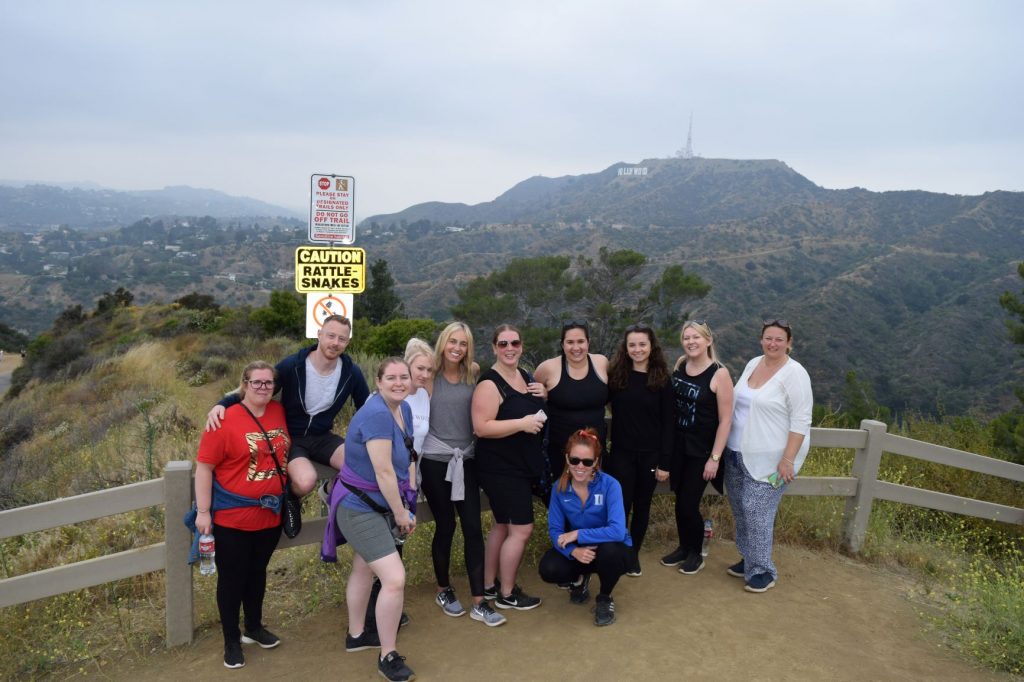 Discovering the Hollywood sign on our Griffith Park hike

Even though many of us were still sweating from the hike, we quickly spritzed some dry shampoo into our oily locks and tossed our workout gear into suitcases. Once we’d checked out, we headed to our final destination, Gracias Madres, a popular Mexican restaurant on Melrose Avenue. Mexican food is my all-time favourite cuisine to have in California, so I couldn’t wait to chow down. Plus, the dishes were entirely vegan which meant that me and my fellow vegetarian travel buddies were thrilled to be able to eat everything on the menu. While I had had plenty of vegan meals before, this was hands down the best I had ever had. I gushed, proclaiming that I would consider converting to veganism if the food could be this good. The final meal was the perfect way to end our California trip. The mood on the drive back to LAX was low, a mixture of tiredness and reluctance to leave the Golden State. We as a group all claimed that we would be back one day, maybe within a year or two from now. For me, it was a promise I made to myself. 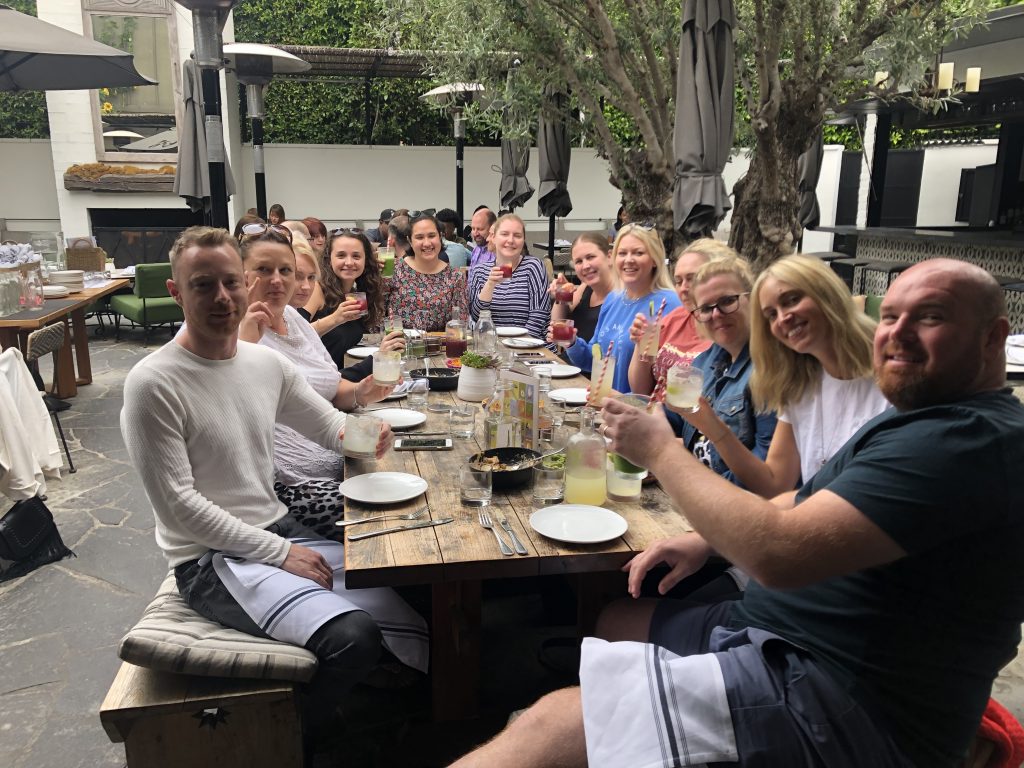 Our last meal at Gracias Madres

To read more about Angie’s California visit be sure to check out her San Luis Obispo Travel Diary and First Impressions of The London Hotel in West Hollywood.

Looking to book a holiday to West Hollywood? Check-in at The London West Hollywood, which comes highly recommended from Angie and the Kenwood Travel team. Book your stay by calling 020 7749 9282.