Ahead of National Dog Day, we’ve decided to paws for thought. We promise we’re not just taking stock of how many terrible canine-related puns we have in our repertoire (no need, we already know we have loads) – this is also a time to note how man’s best friend is making a mark on luxury travel. From tail-wagging welcoming committees to Canine Executive Officers (CEOs), animal ambassadors worldwide are making certain five-star hotels that little bit more fetching. Our travel experts at Kenwood have put together a list of their favourite resident hotel dogs, so be warned: if you’re not a fan of ridiculously cute pooches, look away now…

Flying the flag across the pond, The London, West Hollywood, has all-Anglo style down to a tee. From the cushions (Union Jack emblazoned) and the cocktails (Pimms, of course) to their very own pair of British Bulldogs. Winston and Churchill have been official mascots of The London for two years now, greeting guests, posing for photos, and even playing their part in hosting fundraisers for local animal charities. Despite The London proving to be a veritable celebrity magnet, hosting stars from Kim Kardashian to Samuel L. Jackson, we all know who the true icons are in this scenario. 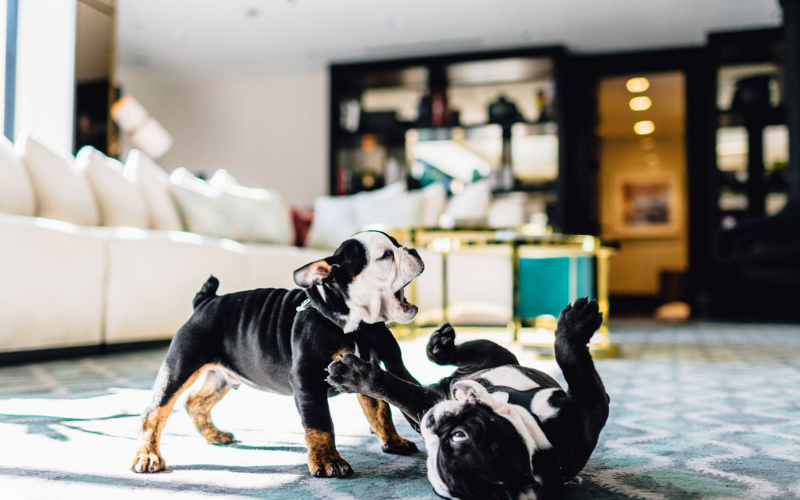 Winston and Churchill playing ruff at the London, West Hollywood.

For those guests missing their four-legged friend whilst staying at the Fairmont Copley Plaza in Boston, Carly the Black Labrador is please to make your acquaintance. Sample some of Carly’s infamous canine companionship by letting her take you on a walking tour of the neighbourhood or a run in the park. Book in a slot with concierge and they will leave you with a pack, including Carly’s favourite routes in and around Boston, as well as a list of commands that she knows, and the all-important post-walk biscuit (for the dog – not you). 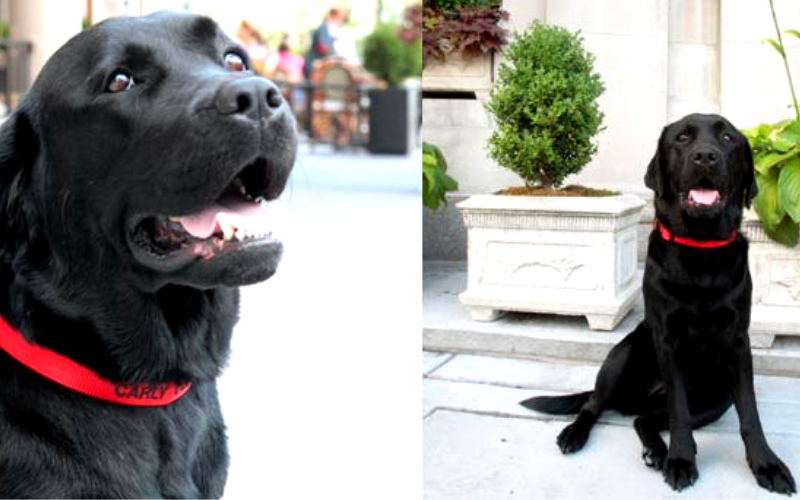 Carly Copley, the Black Lab, outside the Fairmont Copley Plaza.

An exemplary beach-chic retreat, The Betsy Hotel delivers on all counts. Endless sea views from the rooftop pool – check. Sun-drenched decking fringed with swaying palm trees – check. Two officially appointed Golden Retrievers to enjoy a cocktail with – double check.  Not just any old dogs, Katie and Betsy are at the very heart of this establishment and have earned their shared title, Canine Executive Officers (or CEOs). Often the first smiling faces a guest encounters upon arriving, this dynamic duo are a hit with dog lovers from around the world. If you’re keen to meet Katie and Betsy, swing by the Lobby Bar at 5pm on Fridays for a CEO drinks reception (furry friends optional). 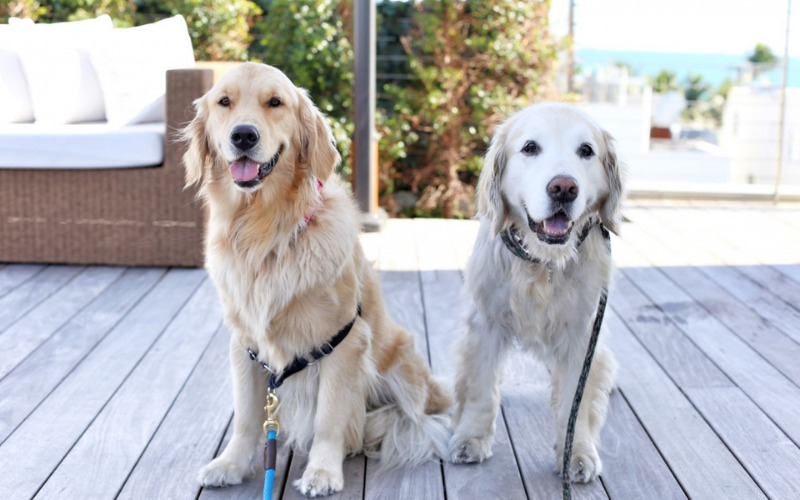 Katie and Betsy doing what they do best at The Betsy Hotel in South Beach Florida.

The trend has not escaped staff at the Mandarin Oriental in Boston, where Bonnie and Tara have become part of the (meticulously-chosen) furniture.  Introduced to the hotel by General Manager, Philipp Knuepfer, these two Golden Retrievers certainly bring a touch of sparkle and warmth to the imposing lobby of the Mandarin Oriental. Dubbed the hotel’s four-legged ambassadors, Bonnie and Tara have already made a name for themselves. Knuepfer admits that some fans make the pilgrimage to the Mandarin solely to meet the two golden wonders. As the saying goes – every dog has its day! 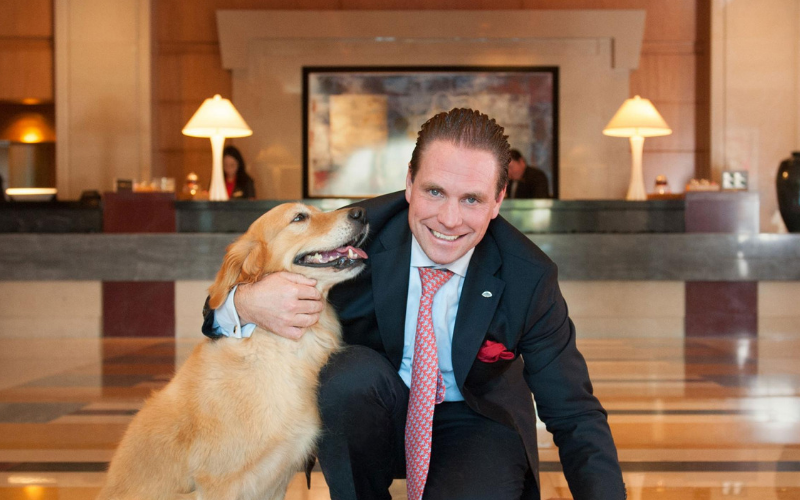 Philipp Knuepfer, General Manager at the Mandarin Oriental Boston with one of his dogs.