This summer, football fever is heading to its spiritual home for the first time since 1950. Brazil is set to welcome an estimated 600,000 visitors, in addition to the 3 million domestic tourists, for a month of World Cup action kicking off on June 12th. Will you be one of the millions in attendance, or does the idea of all those people in one place send you running for the hills?

With demand for flights to Rio De Janeiro up by 222% and hotels in the area feeling a 306% increase in demand, many travellers are realising that Brazil may be one holiday hotspot to avoid during the World Cup. There’s also the small matter of the cost. Comparison websites have the average price per person for a six-day stay in Rio during the tournament at £2,300. To put it in perspective, we are currently offering seven nights to the magnificent Moon Palace in Mexico for just £1,099… 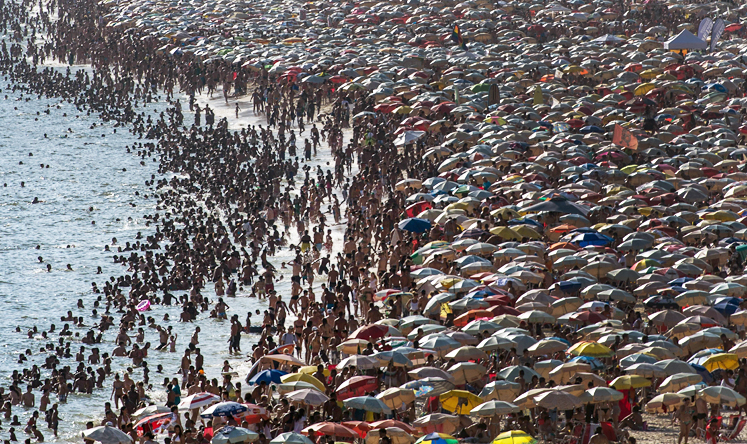 Brazil is expecting 600,000 visitors during the World Cup

That’s right. For all that sea and sand minus the mobs, there are of course plenty of other sunny destinations that will benefit from not being in the world’s collective gaze this summer, yet can still bring some samba-soccer magic to your holiday via their excellent TV and sports bar facilities.

We’ve chosen five hotels across two amazing destinations that offer both an escape from the World Cup and a dream setting for watching it on TV. A holiday to these luxury resorts during the finals is a win-win situation: Priced-out footie fans get the next-best thing to actually being there. Their travel partners (who might not care for football) get to practice ignorance is (beachfront) bliss. Football fans and soccer cynics living in harmony? We’ve never heard the like. But if anyone can arrange such a miracle, it’s Kenwood Travel! 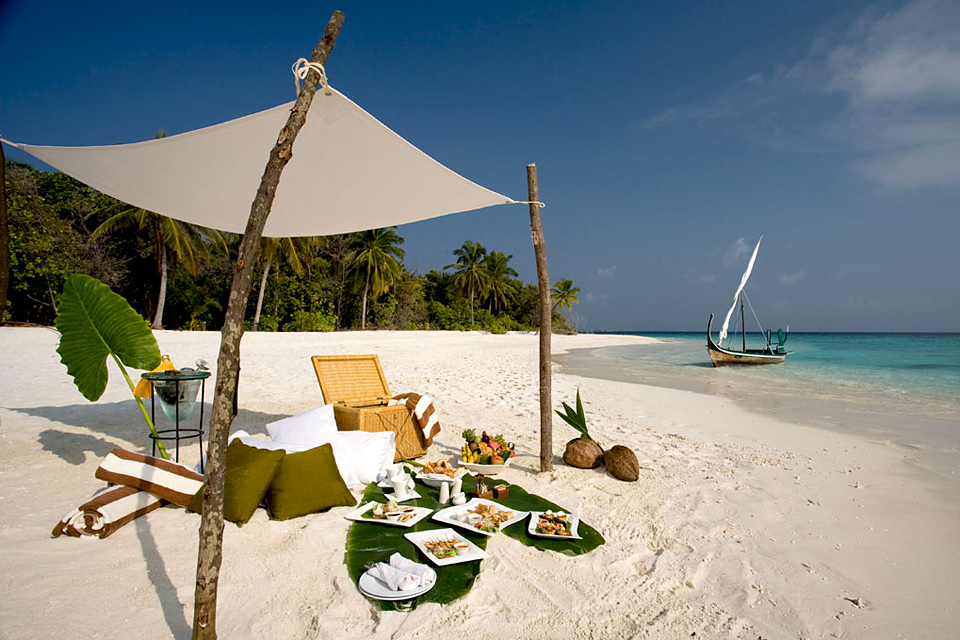 A rather relaxing pre-match lunch in the Maldives

The Indian Ocean has gifted the world with some of its most beautiful island escapes. St Regis Mauritius, Coco Palm Dhuni Kohlu in the Maldives and Hilton Seychelles Labriz are three of its beachfront resorts that will be showing the world cup games, and you could hardly imagine a more exotic backdrop to the action. No more craning your neck trying to see the pub’s 10-inch telly above the throngs of drunken fans. At these resorts you have the space to stretch out while the drama unfolds.

If you want to be on the same continent during the tournament, but would rather swap the cramped stadium terraces for the luxury of a Grand Sky Terrace suite, head to Hard Rock Riviera Maya, Mexico. Its nearby counterpart in Cancun – the all-inclusive Moon Palace Resort – will also be televising the games. What’s more, the resort’s extensive sports programme which includes golf, tennis, pool & beach volleyball, billiards and motorized watersports, allows you to relive the action with a bit of beach football.