In a cruel twist, the tear-shaped coastline of Sri Lanka came to reflect the turmoil wrought by the terrorist attacks suffered by the island on Easter Sunday 2019. Churches and hotels were targeted, leading to visitor numbers shrinking overnight and tourism in turn becoming another casualty of the blasts. At Kenwood Travel we obeyed official government advice and stopped all holiday bookings to the island. Things weren’t looking good for this colourful, characterful Indian Ocean escape. Fast forward to December and the picture is altogether different. Holidaymakers are back in force. So to celebrate Sri Lanka’s return to the top of tourism’s charts, we’re listing our top five things to do in this ever-enchanting destination.

The 16th century Portuguese fort at Galle has withstood tidal waves and war, which is all the more impressive when you learn its ramparts were built mainly of shells (to allow air to circulate through the structure, thus keeping it cool and preventing cracks). As a symbol of survival in light of Sri Lanka’s recent events, sturdy Galle fort and its 85ft working lighthouse couldn’t be more potent. Tour the fort then cool off with a fresh lime juice beneath the ceiling fans at Serendipity Arts Café. 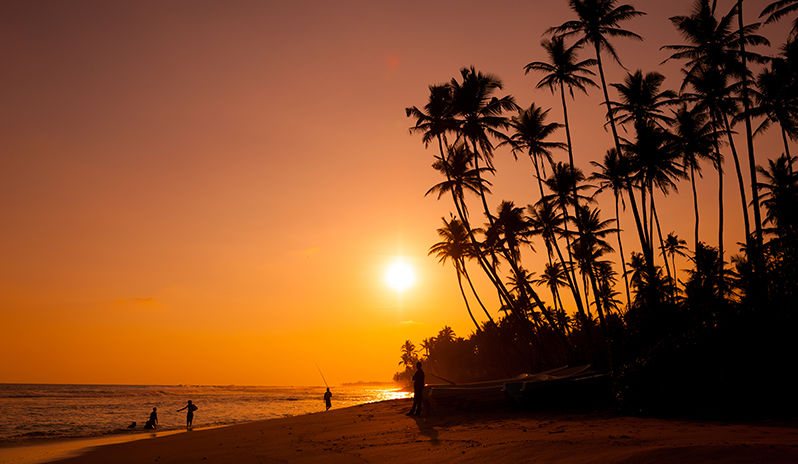 Capital city Colombo is a burst of colour and colonial architecture and an absolute must for any holiday to Sri Lanka. The British influence is still in effect, notably in such preserved gems as the Cargills department store and former Midland Bank building. The old port is well worth a visit to witness the Old Colombo lighthouse, and the striking red-and-white-chequered Jami Ul-Alfar mosque is a wonderful example of Sri Lanka’s religious diversity. Best way to see it all? Take a guided walking tour; prices around £20.

Ceylon for the Senses

Embark upon a gastronomic voyage through Sri Lanka’s rich food heritage with a banquet courtesy of Culinary Hospital (Dutch Hospital, Colombo). Sit down to pot roti and chicken lamprais while learning the secrets behind how and where the dishes originated. Prices for this afternoon delight are around £60 – search Culinary Ceylon online.

Paramakanda Temple has been testing the nerve of those who attempt its steep-stepped approach since about 100 BC. The ancient Buddhist site is found near Anamaduwa where traditional rice paddies and farming villages give this corner of Sri Lanka its timeless, untouched quality. Get the best view of these beautiful surroundings by clambering up the boulders that surround the temple, as if placed there by some divine power to protect the monastic spirits.

Sri Lanka’s colonial cities and colourful cuisine are well known. But don’t overlook its coastline. As well as sublime tropical beaches which are the measure of anything in the Indian Ocean, the marine wildlife is a big draw too. Sign up for dolphin watching at sandy enclave Kalpitiya. Organised boat excursions are available between November and March, and can also reveal minkes, blue whales and orcas. Cameras at the ready.

Kenwood Travel has got you covered for where to stay in Sri Lanka. Taj Bentota Resort sits on one of the best stretches of beach in the sun-kissed south west of the island. Equidistant to Colombo and Galle, it’s perfectly placed to discover the charms of both, while kicking back and enjoying the benefits of a luxury hotel between excursions. Open-kitchen dining is a must here, and the newly refinished pool overlooking the glittering Laccadive sea lets you cool off in style. 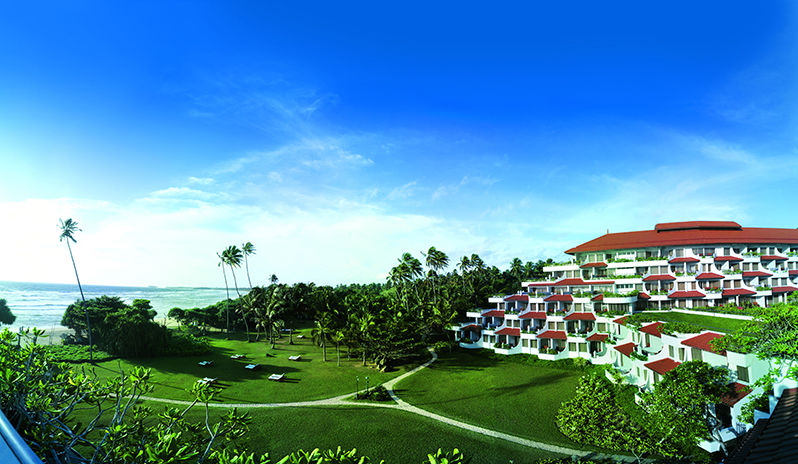 Taj Bentota Resort: luxury amid the wildlife and culture