Santo Domingo is a city quite unlike any other. A vibrant, and often violent, history has led to the streets permeating a sense of the past that stands up to the classical cities of Europe such as York, Prague and Zurich.

Santo Domingo is not far from the mega-resorts of Punta Cana, indeed with the newly constructed highway the drive only takes two hours, but the two places feel incredibly distinct. Santo Domingo feels a million miles away from the new buildings of the eastern coast. Everywhere you turn in the city there seems to be some forgotten nook of history, when walking around you wish the walls could tell you their stories that have no doubt been forgotten in the face of modernity.

In its time the city has been through a lot. In 1502 it was destroyed in the wake of a hurricane and subsequently rebuilt under the stewardship of governor Nicolas de Ovando; coincidentally the hotel I stayed in during my time in Santo Domingo was named for him. The city, as with the rest of the Dominican Republic, went through years of perpetually changing regimes as nations vied for control of the island of Hispaniola.

Eventually the Dominican Republic gained its independence, but the tumultuous times were not over just yet. After a Coup d’etat and a sham election, where his ticket won more votes than there were actual voters, Rafael Trujillo was elected president. For 30 years Trujillo, or El Jefe as he was known, ruled the Dominican Republic via a harsh dictatorship. 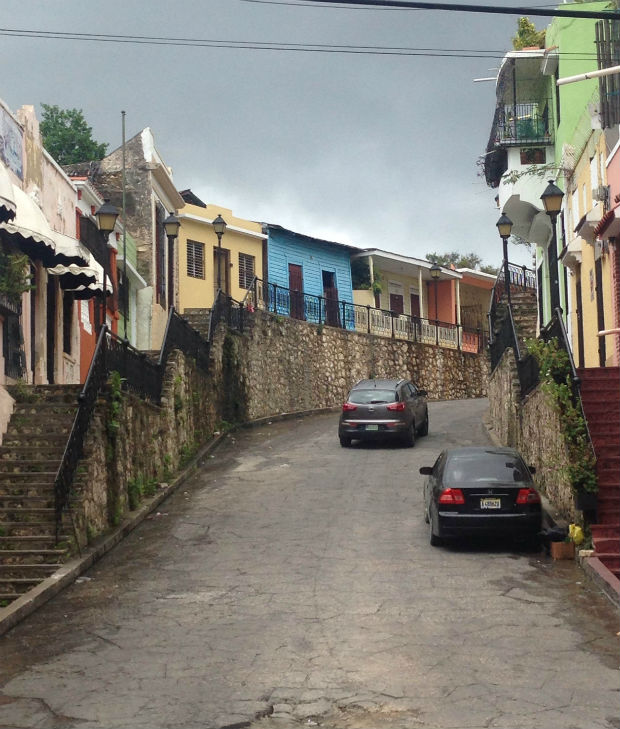 The streets of Santo Domingo radiate colour as well as history.

During his tenure as leader, Santo Domingo was renamed to Ciudad Trujillo and the city erected countless statues and monuments in his honour. When walking around, the subtle signs of Trujillo’s reign still exist, the manhole covers in Zona Colonial for example still bear the dictator’s insignia. In part the city serves as a fascinating glimpse into a personality cult, something I had never experienced.

In spite of, or perhaps because of, the upheaval inflicted upon the nation, the Dominican Republic is immensely proud of its heritage and culture. Out of the places I visited during my stay in the country, nowhere was this more evident than in Santo Domingo. I was lucky enough to visit a Sunday night street party, held every week, right in the heart of the Zona Colonial. 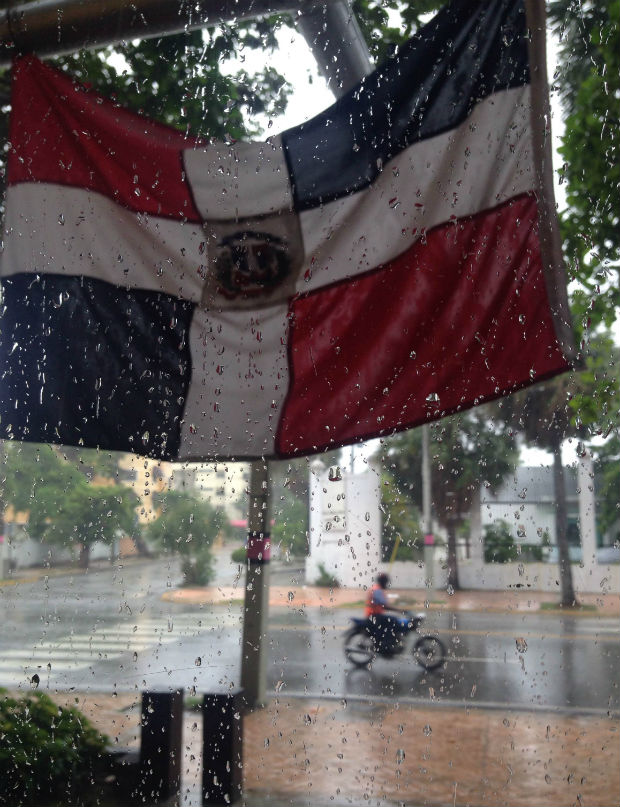 Here the city really came alive, the party felt more akin to a mammoth family gathering with salsa livening the air and drinks running freely. Rather abruptly the music stopped. The lead singer of the band, a rather suave looking gentleman sporting one of the most bedazzling jackets I’ve ever seen, passionately pleaded with us to turn around. I was bewildered but upon swivelling with the crowd and tilting my head back realised what we were about to do.

Lofted high above the huddled, salsa-sweaty crowd the Dominican flag waved in the evening breeze. The band struck up. What followed was an ode to the national banner that stirred the emotions quite remarkably, the crowd stood about me knew the words and sang along with a passion similar to that of the packed terraces of a Premier League football match. I will probably never know what the lyrics to the song were, but that doesn’t really matter.

Looking back, this scene of unashamed passion perhaps best embodies what the spirit of the Dominican Republic truly represents. This is a proud nation with intensely proud people who have endured and withstood all that history has thrown at them. You could therefore perhaps understand if the people of the Dominican Republic were insular and guarded. However as I stood among the gushing crowd gazing up at the flag, I felt the alluring warmth that makes Santo Domingo truly magical.

To check out Kenwood Travel’s incredible selection of Dominican Republic holidays, Visit our website or give us a call on 020 7749 9220. All photos courtesy of the author except header image which is courtesy of AfterImageFilms.