Downton Abbey fans have been flocking to cinemas for the smash-hit TV show’s feature length release, with box office takings reaching £5.1m since its premiere on the 13th September. The Downton Abbey movie comes alongside the news this week that Lord and Lady Grantham (that’s the Earl and Countess of Carnarvon to you) have listed Downton Abbey (Highclere Castle, keep up) on AirB&B.

But with only one room available on one particular night, and a strict application process, not every aspiring nobleman or woman will make the cut. But you’re not out of luck. Live like the landed gentry with a luxury look at the Kenwood hotels that deliver a country house style escape. And get the added bonus of great weather into the bargain too.

Were this landmark Singapore building a dowdier colour than its brilliant white, it wouldn’t look out of place at all in the Downton Abbey movie. It’s spectacularly grand. For over 100 years Raffles Hotel has been at the heart of some of the city’s biggest storylines – from inventing the Singapore Sling cocktail to hosting Noel Coward’s writing of Pretty Polly (other notable guests have included Charlie Chaplin and Elizabeth Taylor) – and continues to impress with its effortless luxury, reassuringly smart dress codes and faultless tradition. Timeless; one for the ages. 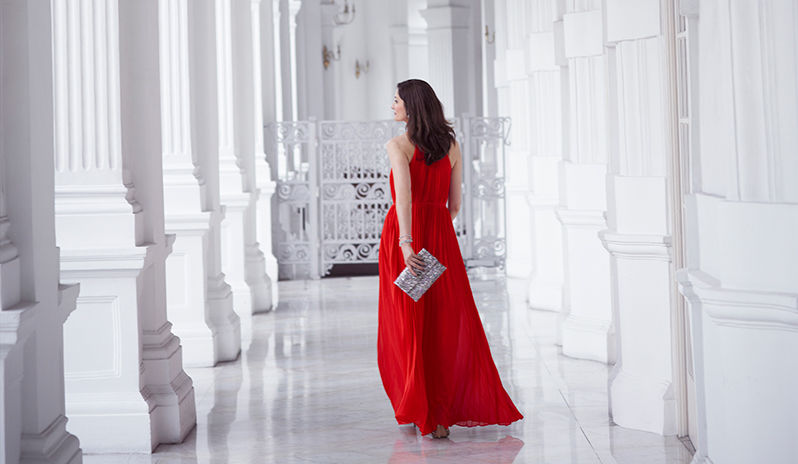 It’s not just the vintage cars that make holidays to Havana feel like a journey back in time. Old colonial hotels like the iconic Hotel Inglaterra keep the Cuban capital’s vibrant history centre stage. The revivalist architecture of the hotel’s grand frontage recalls a Downton Abbey style English country house, but belies the eclectic cultural influences that lie within. The tiled Moorish lobby and popular El Louvre bar are hives of activity, and mean the Inglaterra’s enchanting communal areas are every bit as impressive as its accommodation. 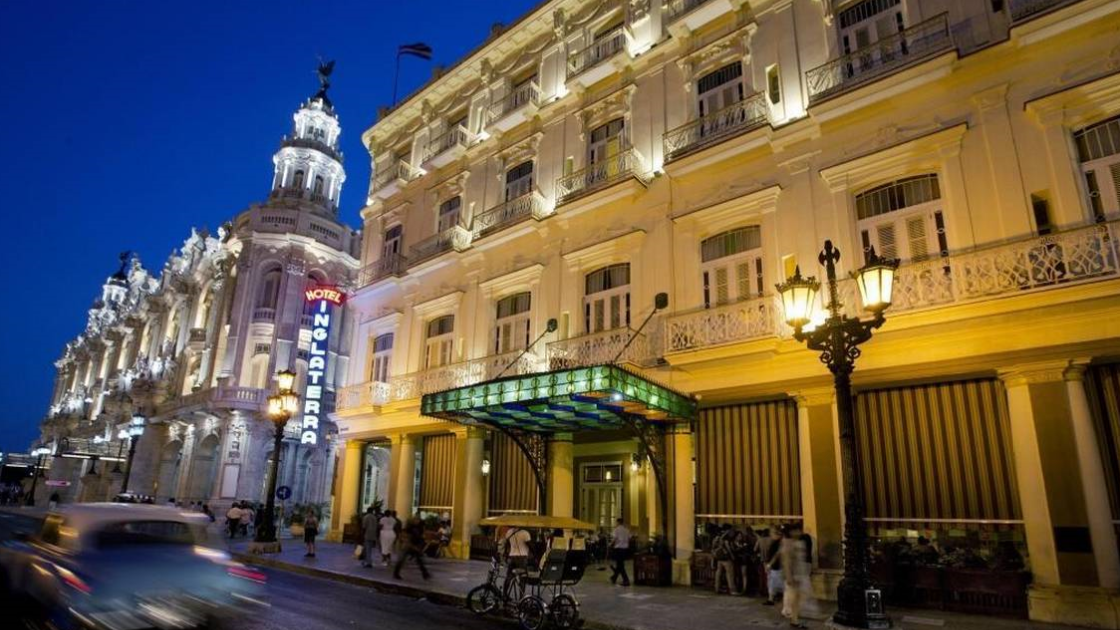 Colonial history reached its meridian during the heyday of the English stately home. So a hotel actually in the grounds of a colonial plantation affords a suitably stately experience in the castaway Caribbean island destination of Nevis and St. Kitts. The unique Montpelier Plantation & Beach resort is perched 800 feet above sea level amid verdant coastal hillsides. And alongside lavish details like four-poster beds and manicured gardens that feel like the set of the Downton Abbey movie, the original windmill ruins remain onsite as a reminder of the plantation’s former splendour. 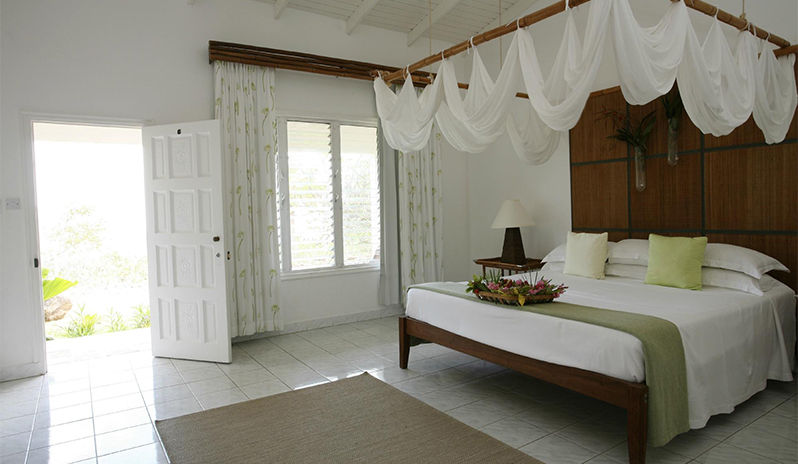 Four-poster luxury fit for the Downton Abbey movie, albeit with tropical weather

Not even the palatial Downton Abbey can claim a nine-acre indoor waterfall garden. And that’s just for starters at the impossibly capacious Gaylord Opryland Resort & Convention Centre in Nashville Tennessee. It isn’t only the famous southern hospitality that will leave you feeling like nobility either. The panelled windows and colonnaded façade – reached by the sweeping driveway – are the first impressions that remind you of an English country house a la Downton. But it’s in the traditional library-style lobby, all chesterfield chairs and dark wood-clad walls, that you can imagine Dowager Grantham delivering one of her acerbic asides in the Downton Abbey movie. 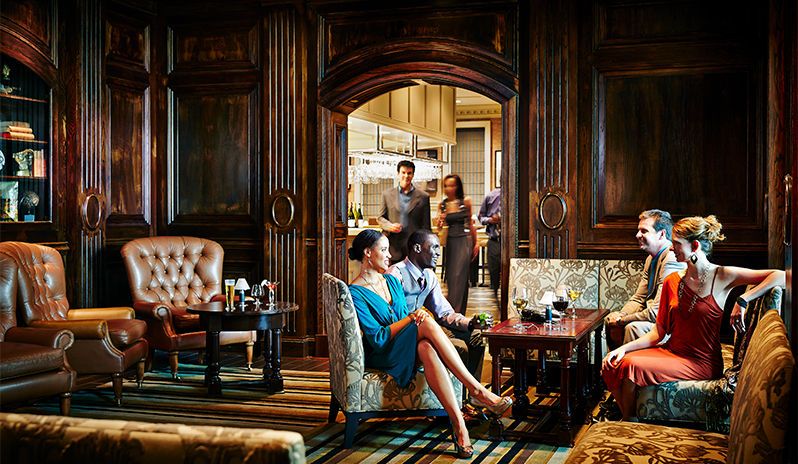 Downton Abbey movie location in miniature? Quaint, quirky Cape Cadagon might be a boutique hotel today – think bohemian chic rather than buttoned-up grandeur – but its story has emerged from a proud heritage as a Victorian stately home. You can’t miss the impressive pillared veranda and parquet entrance that evoke its bygone pomp, and the stately features continue inside. Just like Carson and the downstairs staff in Downton Abbey, a dedicated staff team are on hand at Cape Cadogan hotel to offer the kind of tailored, personalised service usually associated with a bygone era. 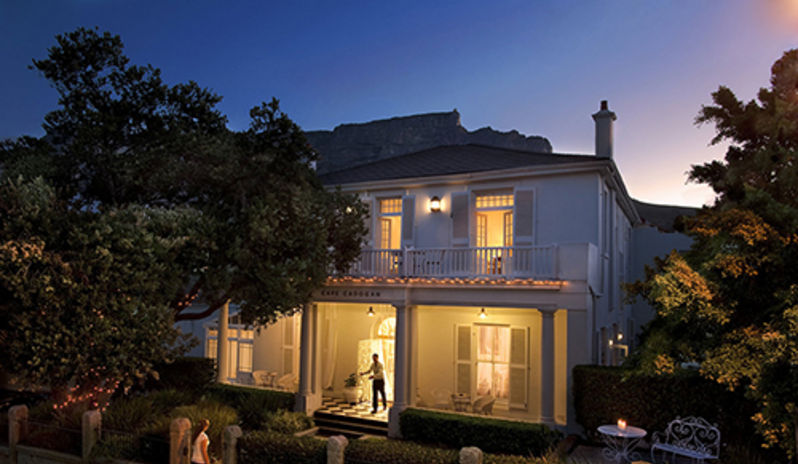