Holidays in Cyprus have been a favourite among travellers for generations. Many find themselves drawn to Western Cyprus due to its natural beauty and myriad activities. It’s almost unbelievable how much culture, history and natural beauty exists in this single region of one of Europe’s smallest nations. Paphos perfectly exemplifies Western Cyprus’ extensive past. Evidence suggests that a city has existed on the site since the Neolithic Period, which was roughly 10,000 years ago. However, there is much more than history to this city, Paphos is a destination still very much in bloom. In fact, it is due to be the European Capital of Culture in 2017. So what should you expect on your holiday in Paphos? Read on to discover more about this wonderful city and its surrounding area.

Paphos is home to a staggering range of landmarks given its relatively small size. One of the city’s most famous is Paphos Castle. First designed as a harbour during the Byzantine Era it was rebuilt after a devastating earthquake in 1222. It was once again dismantled in 1570 only to be rebuilt into the structure that remains today. Nowadays the castle hosts many events including the Aphrodite Festival where famous operatic troupes perform in the open air square. Incidentally, the festival is named after the Greek goddess of love who is believed to have been born near the city. 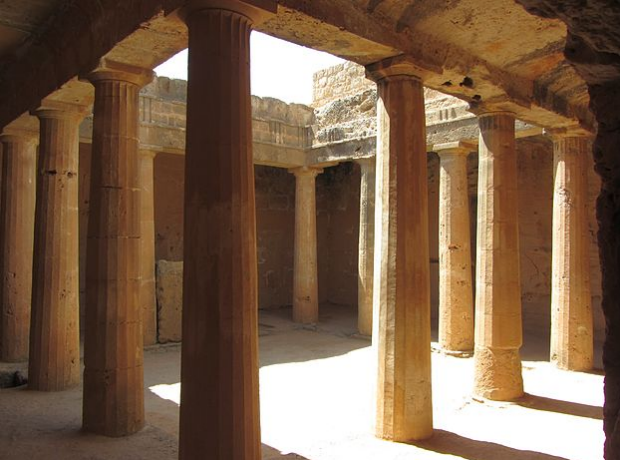 The impressive interior of one of the Tombs of the Kings.

Impressively carved from solid rock, the Tombs of the Kings is a large necropolis found approximately two kilometres west of Paphos. Some of these underground tombs date back to the 4th Century BC and archaeological excavations are still taking place to this day. Don’t miss the chance to visit the Paphos Lighthouse. Although quite a lot of effort must be put into climbing the stairs to the top, those who succeed are rewarded with breathtaking panoramic views of the city and beyond. To put yourself within easy reach of all of the above, book a stay at Almyra Hotel. This stylish five star hotel enjoys a fantastic location right on the sea.

Paphos is rightly proud of its cultural heritage and as such hosts several festivals throughout the year. During July and August there is an Ancient Greek drama festival featuring plays written by the likes of Aristophanes, Sophocles and Euripides. One of the host venues is the Ancient Odeon so you can watch famous old tales of love, betrayal and heroism in an authentic setting. 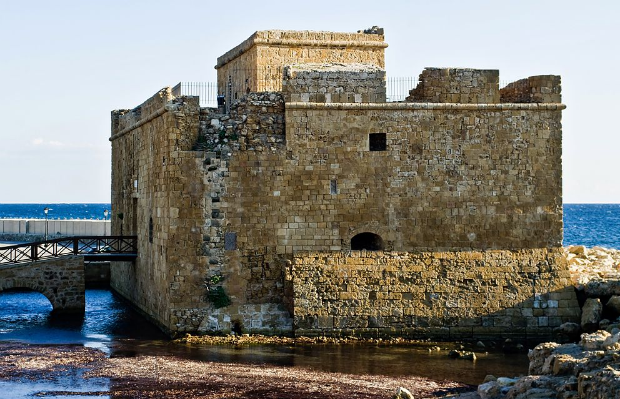 Paphos Castle today. Here is where the Aphrodite Festival is held each year.

Jazz aficionados visiting Cyprus should certainly get to know the Paradise Jazz Festival which is held in August. Hosted in Pomos, a scenic one hour drive from Paphos, this festival gives visitors a chance to listen to some excellent young jazz groups from around the world while eating and drinking in the Cypriot sun.

Out of the city

If you find yourself wishing for some time outside of the city, the district of Paphos has plenty of options. Akamas is a national park just outside city limits and is one of Europe’s most beautiful sites. There is a rich diversity of flora and fauna in the area. A particular favourite among visitors are the loggerhead turtles, which are a protected species and often come to the region to mate. As well as turtles there are plenty of other animals from foxes and hedgehogs through to several species of lizards and snakes. 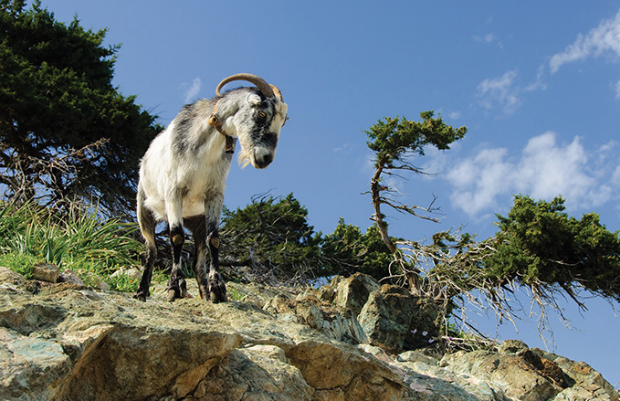 Akamas is home to stunning scenery and plenty of lively inhabitants!

Akamas is also deeply connected to the mythical past of Paphos. As previously mentioned, Aphrodite is believed to have been born in the area and when you spend time here you can visit the Fontana Amorosa. This is where Aphrodite is rumoured to have met her lover Adonis and the Fontana Amorosa is said to be her Fountain of Love. According to legend, anyone who drinks from this spring is overcome with a youthful sense of desire. Set on the Akamas Peninsula, the amazing Anassa Hotel puts you at the heart of this enchanting landscape and offers a host of luxurious amenities including a decadent spa.

As you can probably tell by now, holidays in Paphos are among the most varied in Europe. To find out more about this destination, visit our website or give us a call on 020 7749 9220.