Tokyo is a wise old man beneath a childlike veil. It’s easier to refer to the metropolis in Japan as a world rather than a city, because Planet Tokyo features over 700 kilometres of surprises and secrets. Delve into a land of nameless winding streets, space age skyscrapers, and saucer-eyed cartoon characters, then sink into the numerous shogun temples, shrines, museums and palaces. Tokyo isn’t so much a holiday destination as a lifestyle. And because the metropolis is so vast, we’ve selected the four best areas to explore on your holiday to Tokyo for you to get the most out of this surreal yet beautiful world.

A wander through Harajuku brings you to a large area of street fashion, from classy attire to bright and vibrant costumes. Shop, but don’t drop yet because nearby there’s the impressive Meiji shrine, which is a cultural feast for any tourist. Staying at Conrad Tokyo means you can explore the wonders of Harajuku from an elegant base in the heart of the city. Conrad Tokyo makes seeing the main sights convenient. And let’s not forget you’ll be in close proximity to Meiji Jingu Gaien, Togu palace and Akasaka. This district sports more highlights than some entire cities. 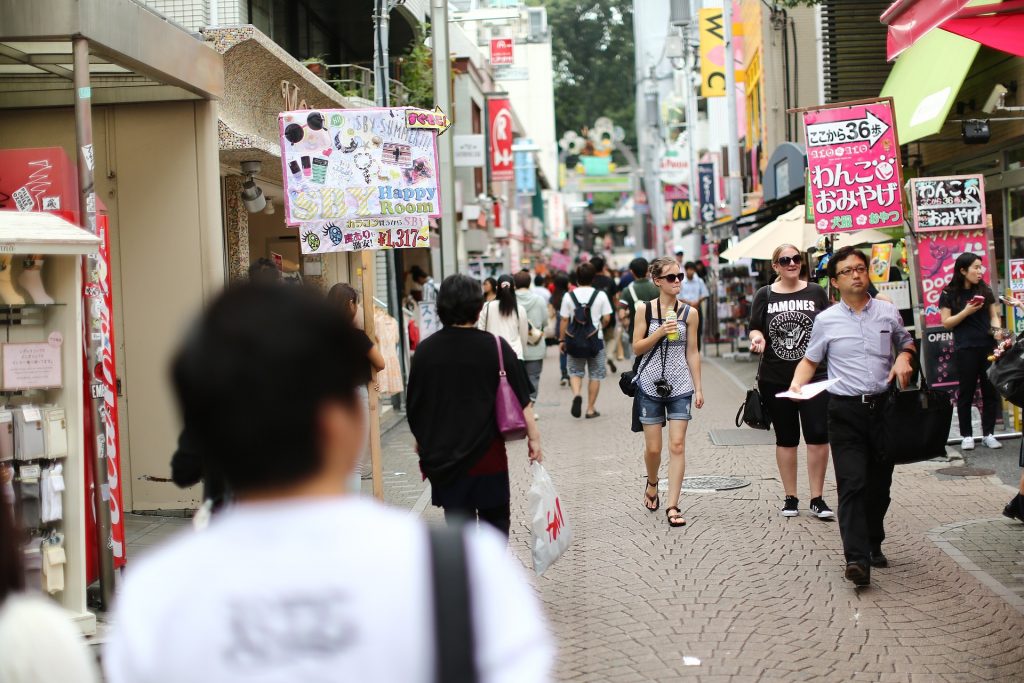 Harajuku is a splash of colour, whether it’s from the flamboyant fashion outlets or the many chic cafes dotted throughout the ward.

Touch the nose of the Hachiko statue, and wander through a neighbourhood that you’ll recognise from films including Lost in Translation, The Fast and the Furious, and Tokyo Drift among others. At the centre of it all, you’ll experience Shibuya’s ‘scramble crossing,’ a mass hustle of people crossing through the intersection, and a famous sight of Tokyo. Shibuya is all about the vibrancy of what makes a city great, so make sure to indulge in its nightlife – this place is a party zone that’s popular with young people from across Tokyo. 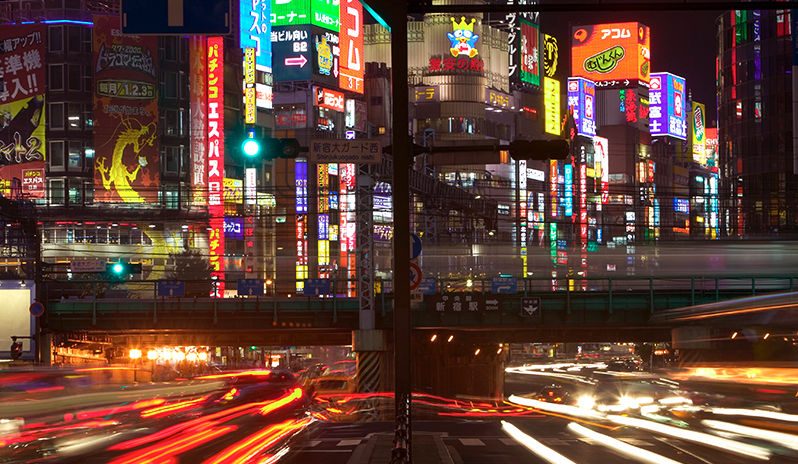 Visit the Ghibli Museum, let the kids ride in the cat-bus and walk through the worlds of Spirited Away, Howl’s Moving Castle and Princess Mononoke. This is one the children will love almost as much as the adults. Afterwards, experience the world’s busiest train station, see stunning city views from the top of the Tokyo Metropolitan Government Offices and party the night away with the locals at one of the most exciting night-life scenes in the world. Central to Shinjuku is Park Hyatt. Book a room in the hotel where Lost in Translation was filmed, and use it as a luxurious base for telling your own Tokyo holiday story. The views in this hotel are incredible; you’ll see as far as Mount Fuji on a clear day.

Discover ancient Japan in a party of temples and shrines at Asakua. Walk through a gate adorned with several Buddhist weather Gods, and make your way to Nakamise-dōri for a spot of trinket shopping. Ahead, you’ll see both the main temple and the towering 55 metre Pagoda, a sight that becomes even more spectacular after dark. If you’re staying at Shangri-La Hotel, you’re already in an ideal location for visiting this gorgeous spot. And when you get back to the suite, you’ve got a soothing spa and high-tech fitness centre waiting for you, so you can relax after a heavy day of sightseeing.

Sometimes Tokyo is all about wandering the streets, finding a park bench and watching people pass by. There’s arguably no better way to appreciate Japan’s culture than to simply observe it away from the tourist trail. But let’s face it, with the sheer number of sights, attractions and night life options, you’re spoilt for choice with all the amazing ways you can experience this city.