Imagine you’re on a flight to Barbados. You’re looking forward to your holidays when suddenly:

“Curse this infernal iPad!” you exclaim, watching an episode of Frasier realising you’re simultaneously dipping your device into the mini butter sachets on either neighbour’s tray table.

“Can’t they make it smaller? A mini version?”

Your neighbour turns to you.

“They did, it’s called an iPhone.”

Very clever. But it’s too fiddly and too useless after the software upgrade. Plus, turning it to Flight Mode is a motion which, as a modern, connected member of society, will be hard fought by every antagonistic muscle in your body.

You are, however, in luck as today Apple unveils the iPad Mini. And the queue for Apple’s Covent Garden store is expected to start somewhere in the Caribbean. 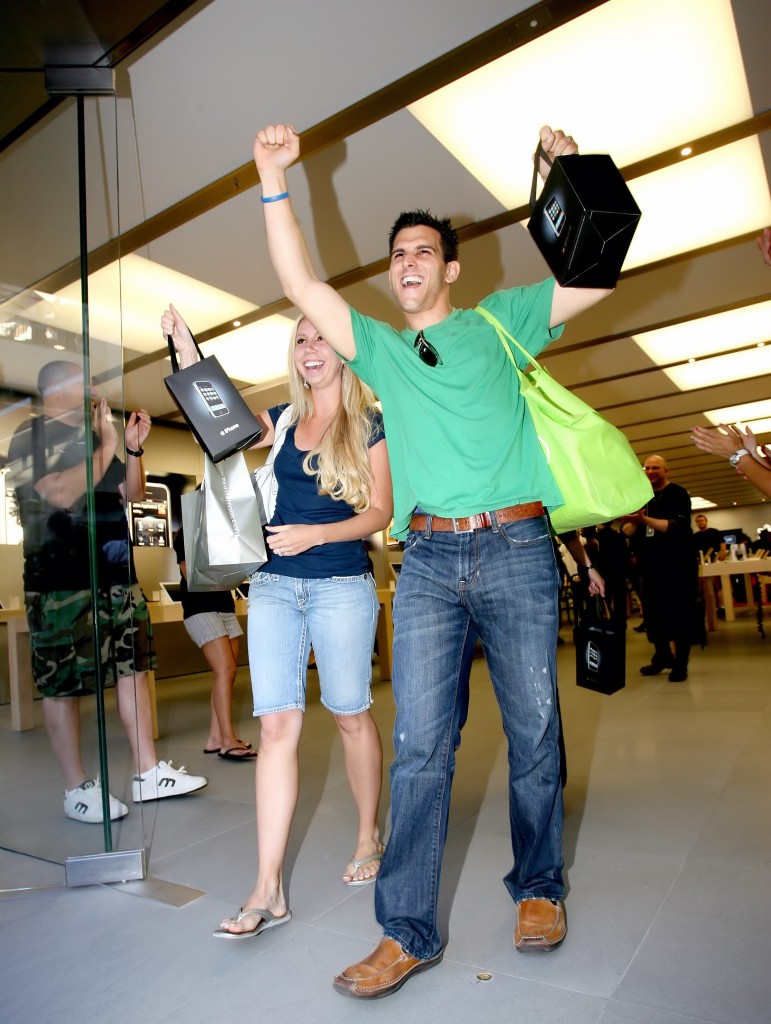 Success buying Apple products brings joy. But at what cost?

Supposedly a void is filled by the iPad Mini. Which no matter how you say it still sounds like a Bodyform product.

This ‘void’ is especially enticing to travellers looking for the life less cumbersome. However, with smaller tablets already available, it’s perhaps for those needing pictures of half-eaten fruit on everything in their lives. I know I do.

Rather than claiming new niches like the original iPad, Apple is for once chasing a trend that already exists.

But it’s not going to be THAT much cheaper. A 64GB iPad Mini is rumoured at around the £500 mark – comparatively it’s about £650 for a less fiddlier, better resolution 64GB iPad 3.

There’s also rumours it’ll be WiFi-only. No fancy 4G. So while you commute it looks like you can watch Frasier, and do little else. Maybe you can play Angry Birds. Again.

To its credit, at least now when taking a photo with the Mini, it won’t seem quite as though you’re just smugly showing off your iPad to everyone.

Which all begs the question – what’s the point?

Was there a need to miniaturise the already revolutionary iPad?

I considered some half-baked evidence…

I have fond memories of my Mini Disc player, not least because of my comparably low age versus its extortionately high price at the time.

I made mini mixtapes, unpolluted by vestigial local radio banter and with the joy of track skippability. Unfortunately like most it was sent to an early grave at the back of my man-drawer, ironically in the company of several generations of broken iPod earphones.

The Mini Disc was Sony’s solution to a self-concocted problem. The portability and rigidity of cassettes coupled with CD-quality. To be fair they were just that, it’s just no one was quite as emphatic about this as Sony.

In any case they failed to dent either market, record labels took much convincing to produce with the format, and the death knell quickly sounded with the birth of the iPod in 2001.

Mini verdict: Great idea. It’s just nobody else thought so.

Swiss company SwissMiniGun built this 5.5 cm-long revolver, based on the Colt Python .357 Magnum, using the renowned practises and expertise of Swiss watch and jewellery makers.

The problem is it’s utterly useless.

It’s potentially still lethal at point blank range, so as a novelty toy it’s not exactly health or safe. And shot from anywhere beyond this it might sting a little. So it’s not much of a weapon either.

Hang it from your belt and be ridiculed before getting five years in the slammer.

Earlier this year at the Consumer Electronics Show, at the Las Vegas Convention Center and The Venetian, Chinese giant Haier unveiled the world’s smallest washing machine – click here for a photo for size reference – about the size of an ice cream maker. Needless to say it doesn’t wash many clothes.

Mini-verdict: Superb space-saver if you own pants. Only.

If you’ve heard the cacophony of what sounds like deep farts pushed through a thin rubber hose, looked out of your window only to see apparently sedentary youths transported by some inexplicable force across the park, you’ll know about Mini Bikes. 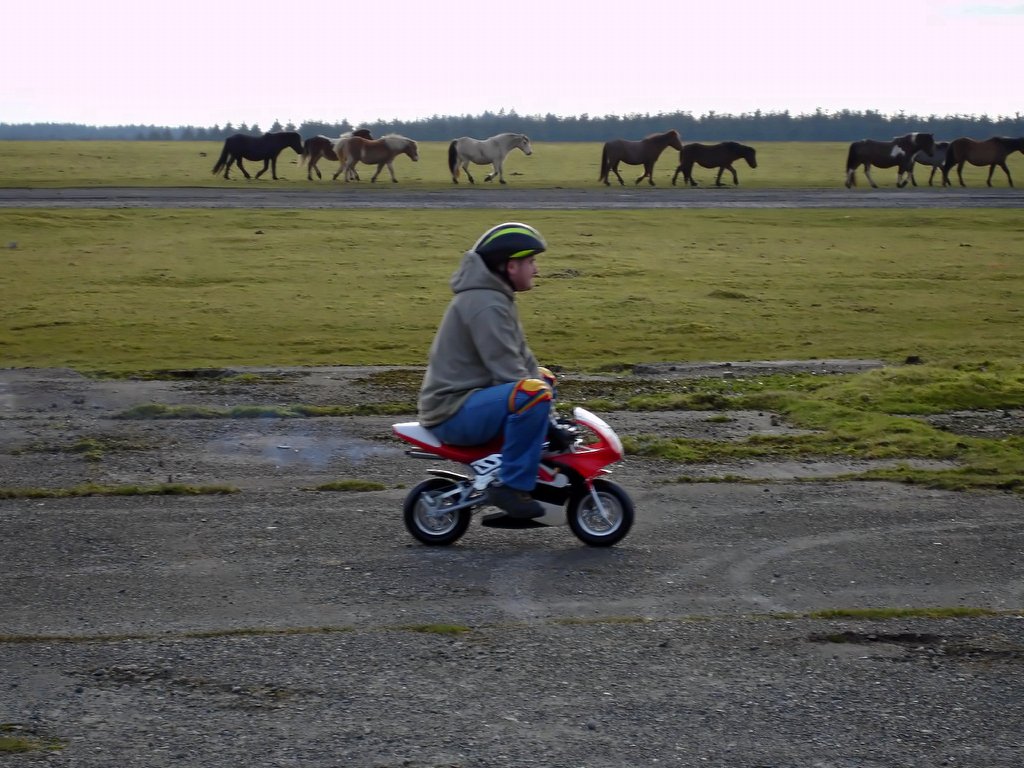 Mini Bikes or Pocket Bikes are to motorcycles what go-karts are to racing cars. The difference is, you can race with some conviction and/or dignity in a go-kart. A 2-year-old couldn’t sit on a Mini Bike without it appearing Lilliputian. And just as well, because they’re not street legal, reach speeds of 40 mph and place one’s head out of sight and firmly in the sweet spot of the average car bumper.

Mini verdict: Death machines. That look ridiculous when used and leave you shunned by right-minded society.

Mini-verdict: Pretty and petite. Two attributes that don’t tend to get people out of bed. 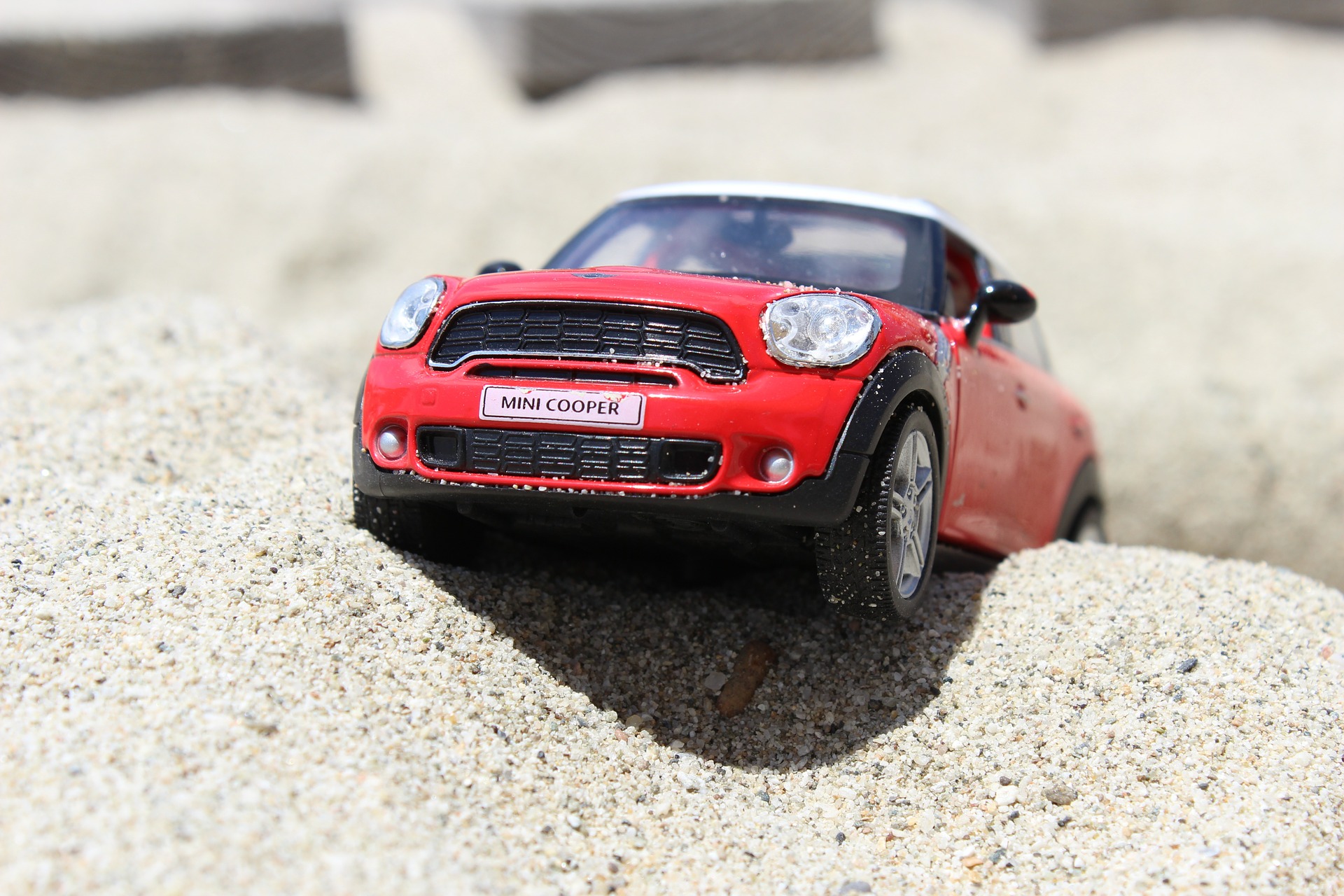 So, mini things can look pretty or pretty funny, cute or downright ridiculous. And novelty though they may be, they are explicitly not toys. Too many small parts for one.

Where some semblance of practicality comes into play we see the mini incumbents continue to overshadow the new boy, until torn asunder when a concept even more convenient inevitably surfaces.

Unlike its big brother, or indeed little sister the iPhone, it appears the iPad Mini is little more than a gimmick from a usually innovative gadgetsmith. Even for the intrepid traveller it seems to solve little, and boasts little extra than a picture of an apple with a bite taken out of it.

So I guess there’s little more to do than join the queue. Could someone book me a flight to Barbados?