Founder of Kenwood Travel George road tests a guided tour of China including Beijing, Xi’an and the Terracotta Warriors, a Yangtze River cruise and the glitz of Shanghai 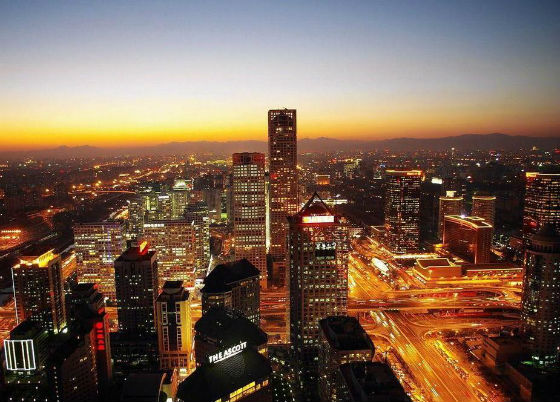 “Very few people speak English. My biggest tip would be ask your concierge to write on a hotel business card where you plan to go that day, to give to a taxi driver. At least then you can get there and find your way back again.”

Quite literally road testing his own wares, George and a group let the locals lead the way on a 12-day tour of China. Booked through Kenwood Travel – though it’d be a tad strange if it weren’t – this organised tour of China takes in Beijing, Xi’an including the Terracotta Warriors, a Yangtze River cruise and glamorous Shanghai.

From tour operator to tourist, this is George’s China. 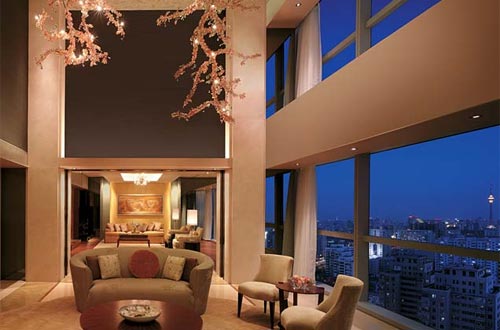 Suite with a view at Shangri-La, Beijing

After a perfectly pleasant 9-hour British Airways flight to Beijing direct from Heathrow, George and the group were whisked off to Shangri-La for a first night’s sleep. Though with a one-hour transfer from the airport and their initial stop fairly far from the city centre, the Shangri-La wasn’t ideal.

“The lobby, lounge and garden were very nice, but the rooms were disappointing. There wasn’t much within walking distance and the hotel definitely wasn’t 5-star. That said, the breakfast buffet was amazing.”

So at least next morning provided the more welcome welcome. As the tour of China got underway, the morning of day 2 comprised a trip to Beijing’s Tiananmen Square, a historic and humbling experience to say the least. 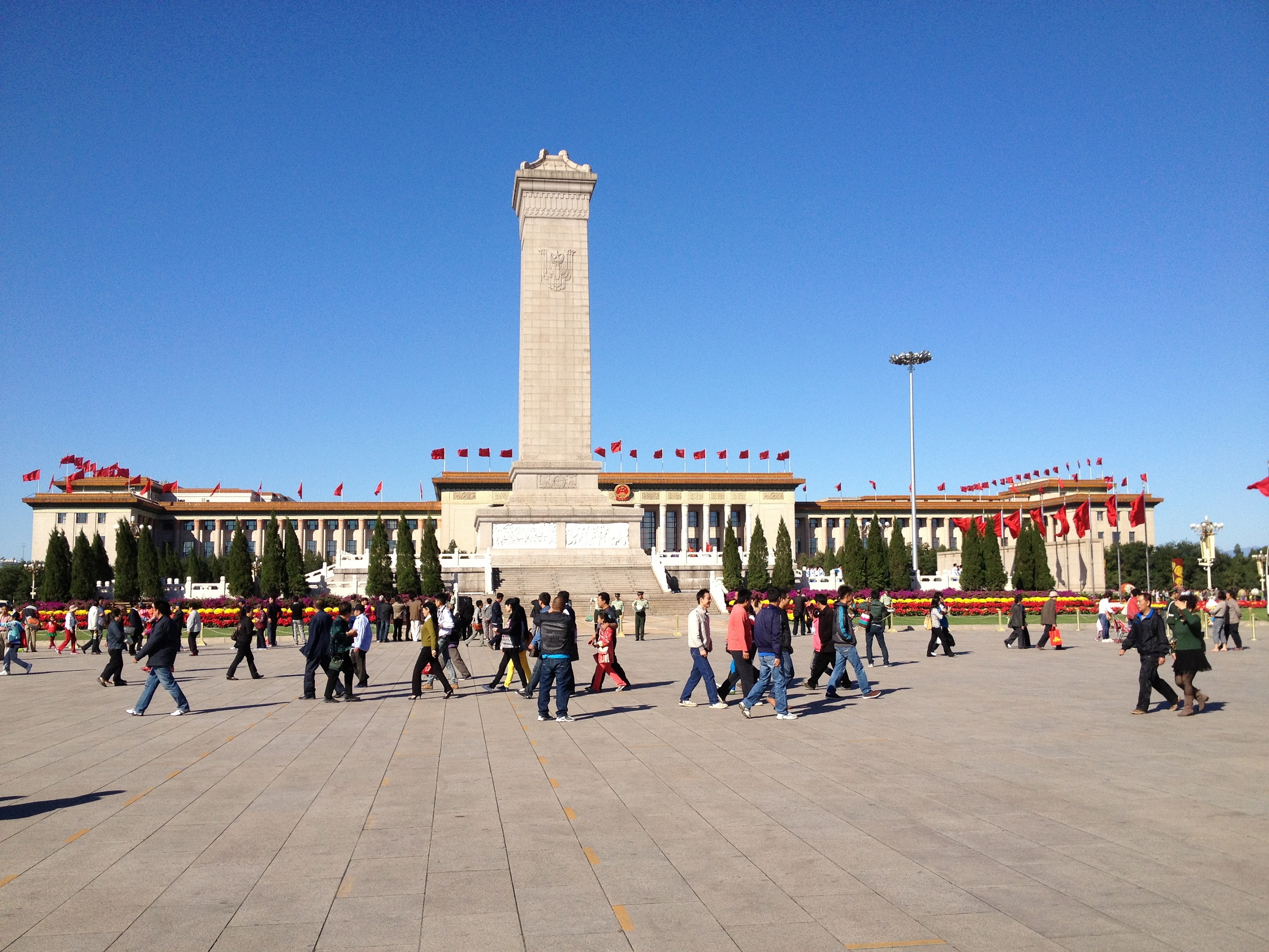 Tiananmen Square is the third largest urban square in the world but is better documented for its cultural significance. Dating back some 350 years when the square was designed, it was built in the shadow of its namesake the Tiananmen Gate by the Ming Dynasty rulers, to separate their home in the Forbidden City from the rest of Beijing.

Of course, Tiananmen is iconic mostly from its role during the 20th century as the site of numerous major political events and anti-government demonstrations, culminating most notably in the Tiananmen Square protests of 1989, to tragic end.

The Forbidden City, known as Gu Gong in Chinese, occupies the heart of the city and was its administrative centre for centuries. Once home of the Ming and Qing rulers, it is the largest imperial palace complex in the world, surrounded by a moat 52 metres wide.

”The Forbidden City is just amazing, much bigger than I imagined it to be,” says George. 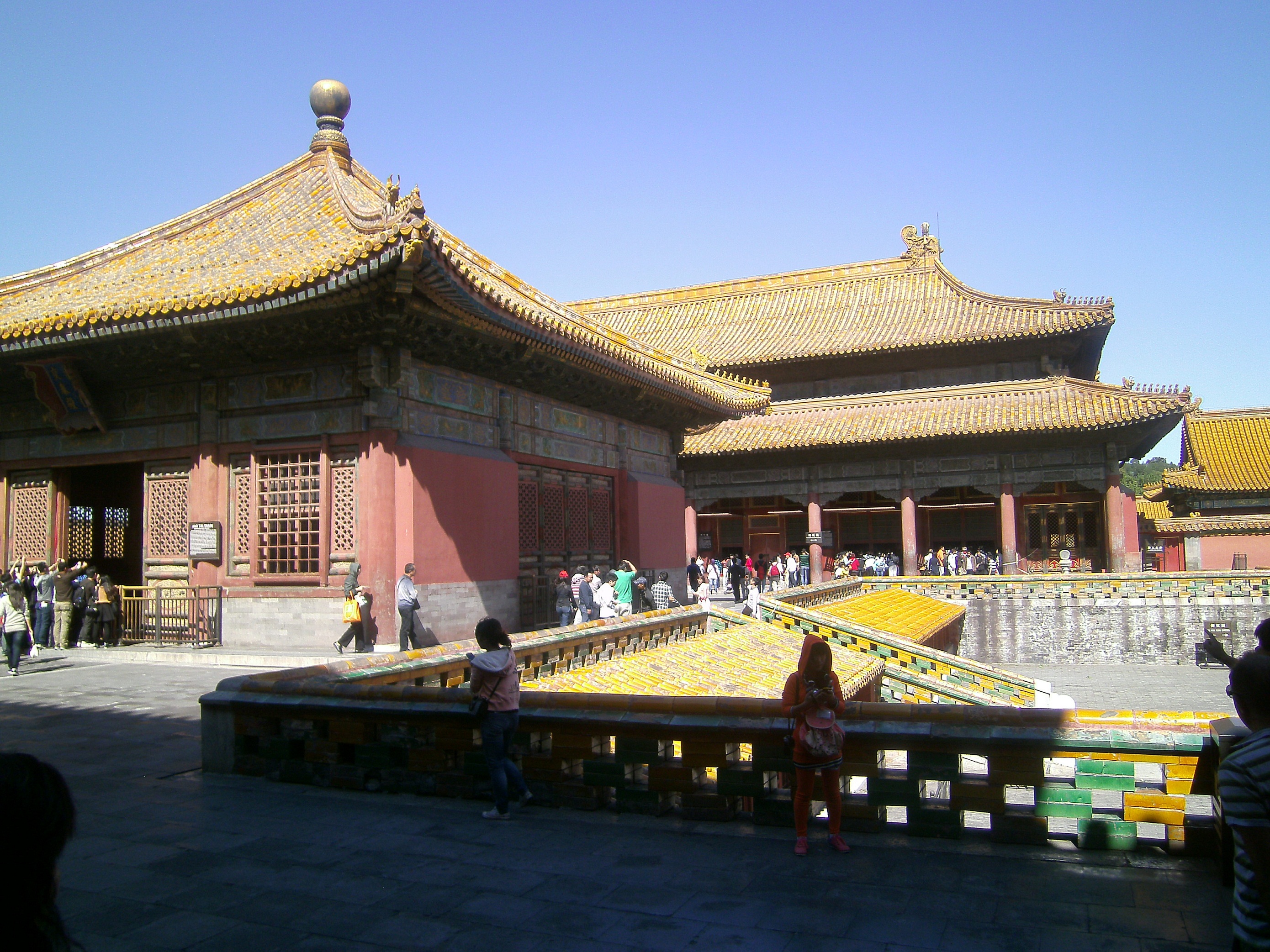 The Forbidden City in Beijing

Lunch came courtesy of the Noble Seafood Restaurant, a Dongcheng District joint specialising in oysters and sea urchin. A nice and classy restaurant, though its fame for affordable fine dining may be embellished slightly. 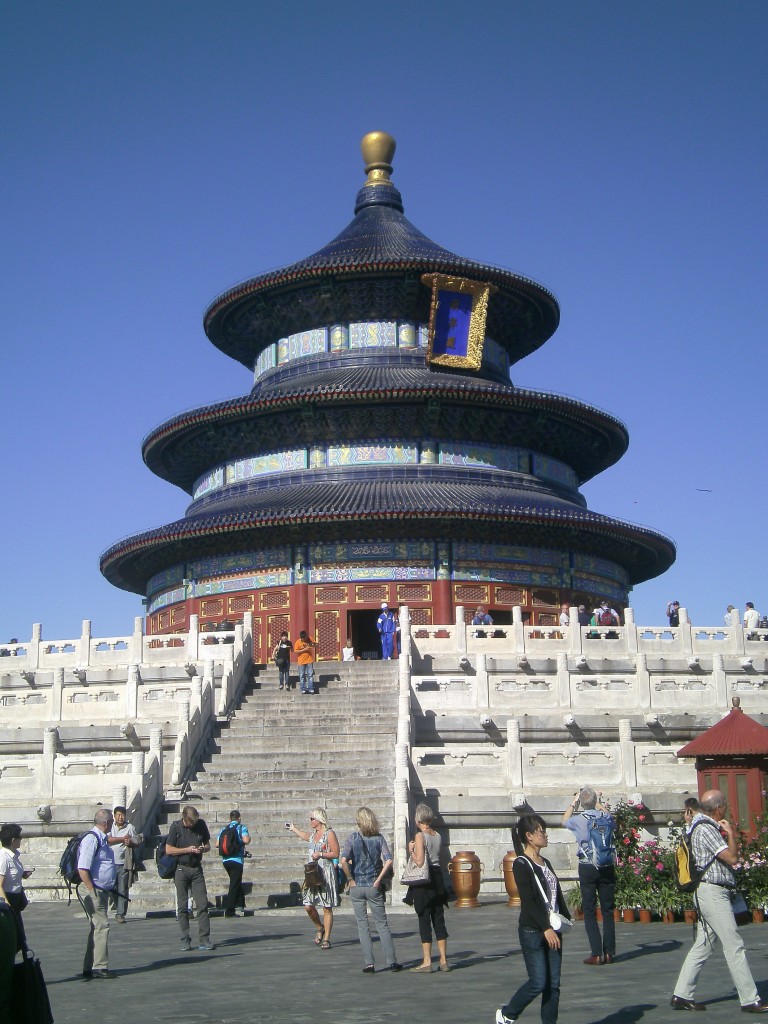 Temple of Heqaven in Beijing

An afternoon spent around the gardens of Beijing’s beautiful Temple of Heaven, a magnificent Ming dynasty (1368–1644) walled marble temple, brings one in touch with Beijing’s vibrant everyday. The park is a congregation point of every Beijing demographic as singers, dancers, musicians and performers circumvent card players and quietly focussed Chinese chess.

The Great Wall of China

Day 3 and the group headed to a nearby point of The Great Wall of China. The Wall is divided into sections, each built during a different imperial dynasty. The most prominent and well preserved parts originate in the Ming dynasty (1368 – 1644). 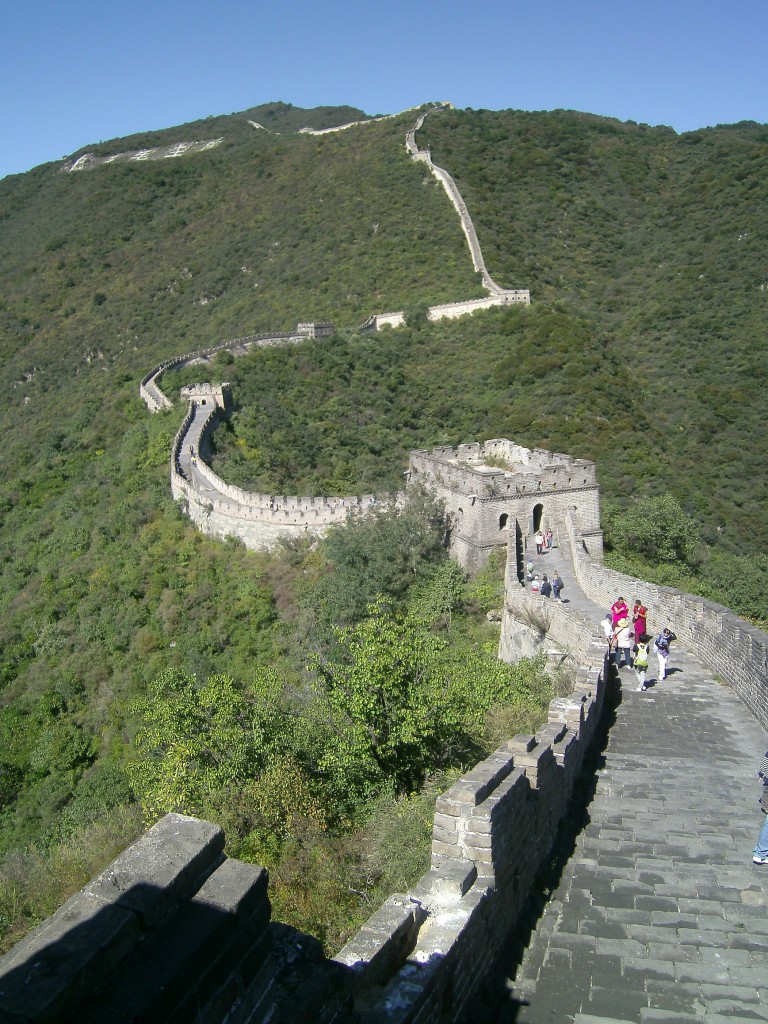 Nowadays which section you choose to explore really depends on what kind of traveller you are. Badaling, for example, is very tourist friendly. You can walk along the bricks and tiles, soaking up the history and hopping back on the bus with minimal effort. But of course, tourist friendly also means tourist heavy. For the more adventurous, try the Huanghuacheng and Jiankou sections. Mountaineering equipment is highly recommended in these parts, which pretty much says it all. 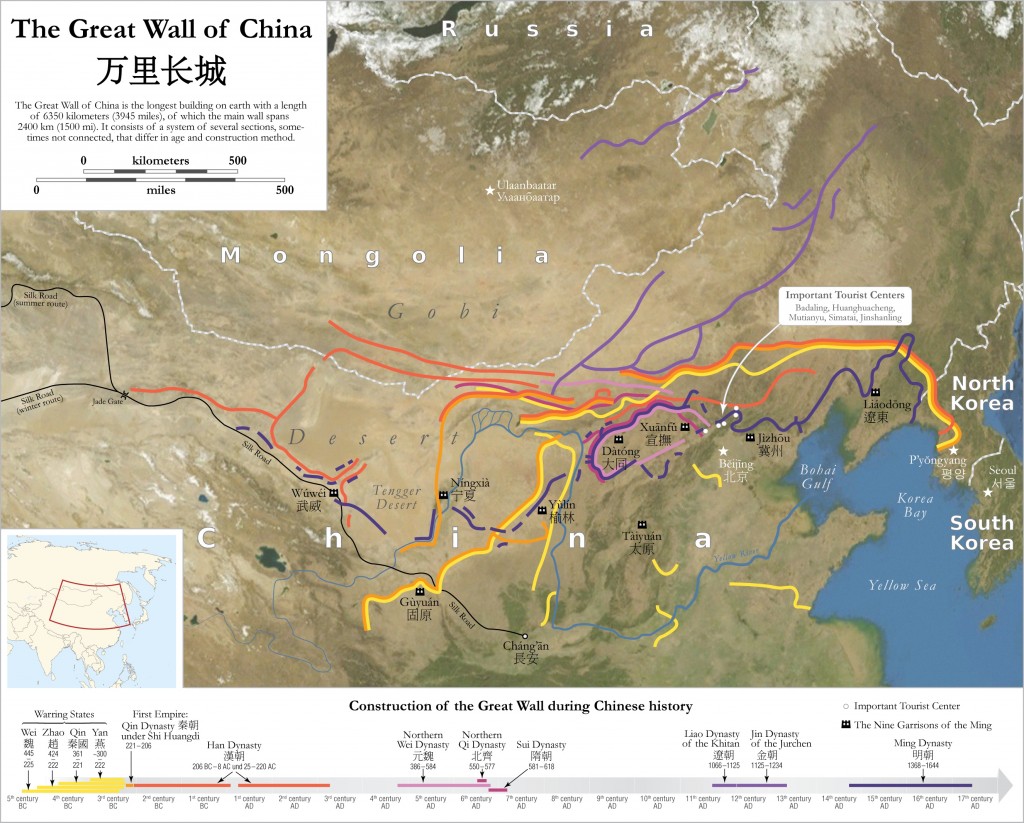 Map of the Great Wall of China (Wikimedia Commons)

The Simatai and Gubeikou sections are more remote and their structure remains fairly unimpinged. Their primitive nature gives you a sense of the sheer magnitude and complexity of the construction.

George and the group headed for the Mutianyu Great Wall. It’s a fairly non-challenging, albeit very pretty and sublimely long stretch of the Wall to explore.

“We took a cable car to the Wall, and then walked for about two hours.”

The main factor to consider is there are few tourists here. Local tour companies tend to run rackets serving only the Wall’s most popular sections, but much of Mutianyu sits within protected forest, and little has changed in the lifestyles of the people of ancient Mutianyu village. That said, tourist commerce is on the up in the area these days. It seems even ancient tribes can’t escape the recession.

The afternoon was spent studying Cloisonné, an art of ceramic and glass design typically associated with Oriental enamel pottery. Though interestingly the practise is thought to have originated in Eastern Europe during the reign of the Byzantine Empire, migrating over to China probably around the 14th century. Though a recognisably Chinese design trait, this foreign technique is thought to have been met initially with scorn by the imperial rulers. 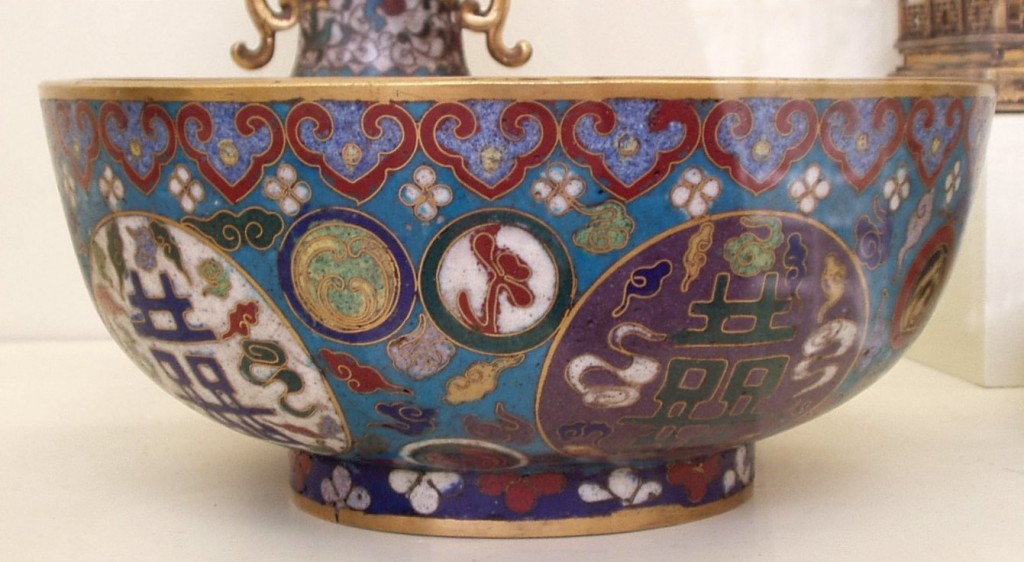 As evening drew in the clock chimed dinnertime, and there was one particular local dish that had eluded the agenda thus far – Peking Roast Duck. And so it was that George and the team happened upon Quanjude, the most renowned roast duck restaurant in the world. The verdict? 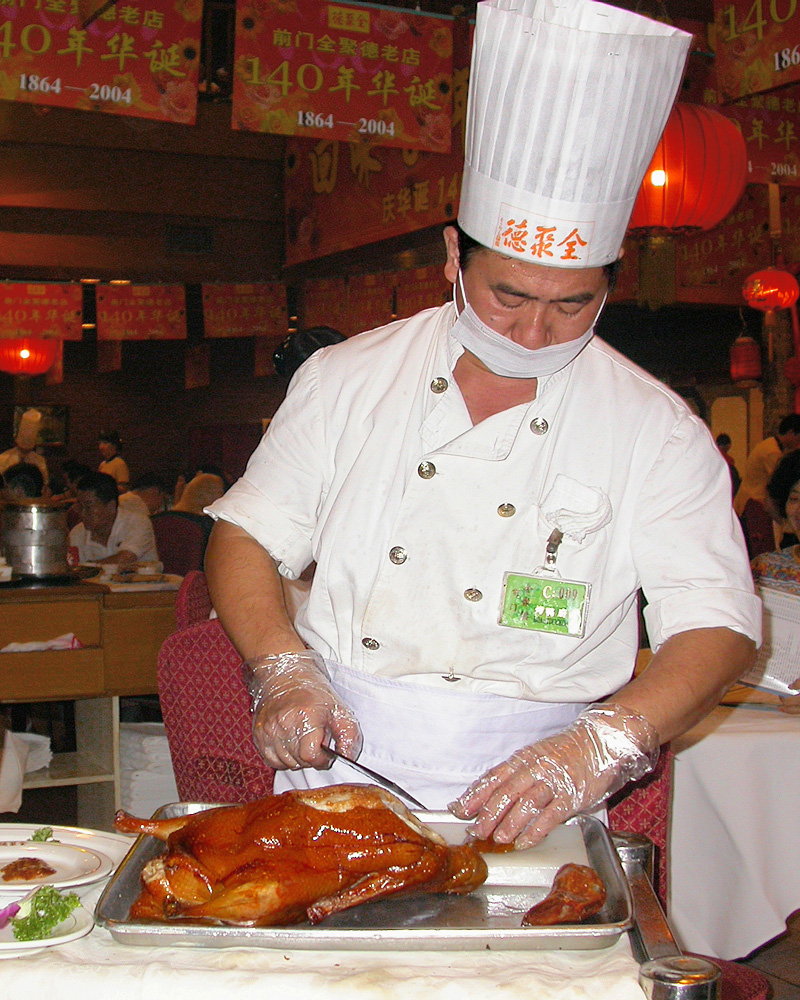 The morning of day 4 was spent mulling around Beijing’s beautiful Summer Palace. A UNESCO World Heritage Site since 1998, the spectacular landscaped park and boating lake are garnished with traditional Chinese pavilions and a covered walkway, adorned with over 14,000 paintings. At 720m, it is in fact the world’s longest painted corridor. 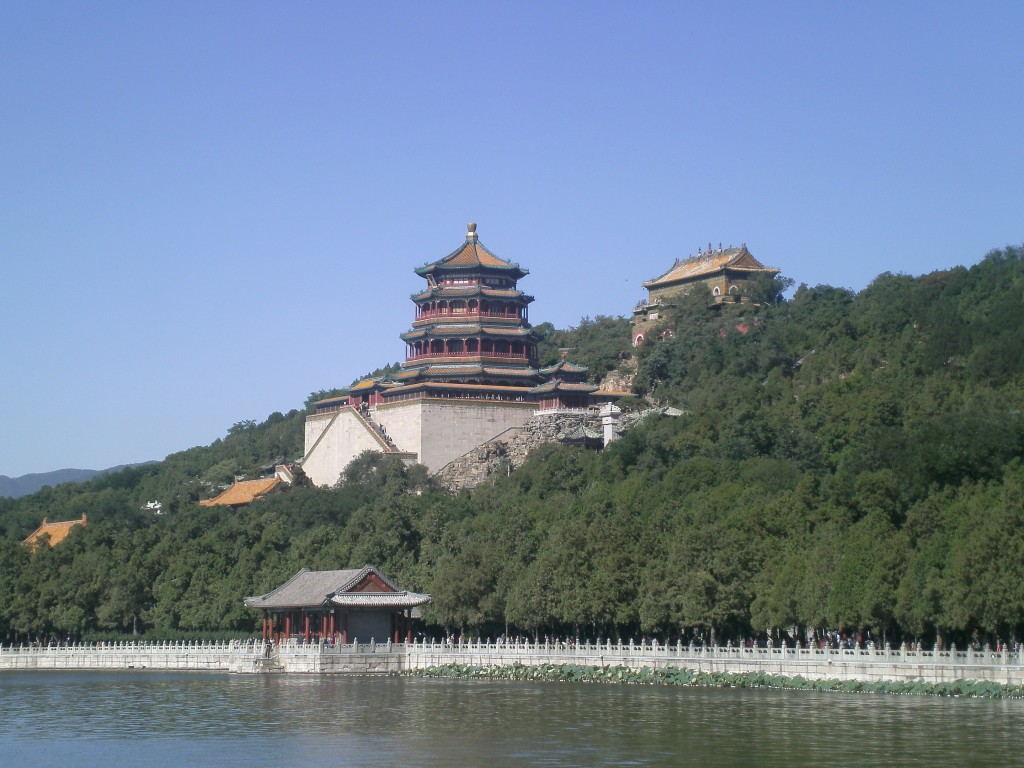 The Summer Palace in Beijing

After a quick boat ride on the lake the group were taken to the airport. Next stop – Xi’an.

“Very nice place, a good 5-star hotel. We had a meal in a restaurant that was within walking distance from the hotel.”

***Check back tomorrow for Part 2 – as George vists Xi’an, sees the Terracotta Army, and takes a cruise down the Yangtze River***