Over the last decade the travel industry has witnessed a rise in a specific type of tourism – food tourism. This travel trend emerged as foodies began jetting off in search of new culinary experiences; a quest to eat their way around the globe, to get deep into the heart of different cultures, and to sample the very best flavours that each country has to offer. From browsing aromatic spice souks in Morocco to slurping Pho in Vietnam, hunting down the best burger in the USA, or going on a taco crawl in Mexico, every journey is entirely different.

For foodies everywhere in search of their own gastronomic escapade, Kenwood Travel have listed some of the very best places worldwide for an unforgettable palate-pleasing holiday. Be warned, you are about to get a serious case of food envy.

Foodies finding themselves on a holiday in Spain will undoubtedly have the country’s most famous dish at the top of their list. That’s right, what Spanish culinary experience would be complete without paella? Sticklers for authenticity will know the rice has to be bomba or calasaparra, but once this box is ticked you can have fun with the other ingredients – will you go for chicken or rabbit, runner beans or butter beans? Of course, food in Spain in gloriously varied, so don’t forget to look out for the other stars of its gastronomic story: patatas bravas, pisto, gazpacho and tortilla Espanola to name just a few.

Thai food has become something of a worldwide phenomenon and is widely considered to be one of South East Asia’s richest cuisines. Taste the differing flavours of regional cuisines from Chiang Mai’s distinctive Northern Thai twist to the mouthwatering markets in Bangkok. Whether it be street eats or sophisticated dining, Thailand’s cuisine will not disappoint. You can even learn the art of Thai cooking at Four Seasons Chiang Mai where alongside expert local chefs you’ll whip up well loved national and regional dishes such as Kaow Soi Gai (Chiang Mai curry noodle soup with chicken) and Gaeng Hung Lay (dry spiced curry with pork and pickled garlic). 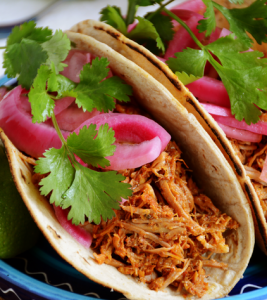 The Yucatan peninsula is known for producing excellent cuisine whose roots can be traced as far back as the pre-Columbian era, showcasing mouthwatering influences from both the Spanish conquistadores and the ancient Mayans. Cochinita Pibil (slow roasted pork marinated in Seville orange, garlic, and annatto seeds), Queso Relleno (stuffed cheese), and the Nopales Asados (grilled cactus) sold by vendors along Playa del Carmen are just a few examples among many delectable Yucatan delicacies. Other unmissable Mexican staples that can be tasted both here and throughout Mexico are of course frijoles, tacos, chilaquiles, enchiladas, and tamales. Perhaps the Mayan’s greatest gift to civilization however is chocolate! No holiday to Mexico is complete without a taste of thick Mexican hot chocolate and the famed ‘mole’ sauce.

With both Chinese and French influences, a holiday in Vietnam offers travellers a tapestry of taste with incredible floating food markets and Ho Chi Minh’s street food which is renowned the world over. Banh Mi (delicious meat-filled sandwiches) carts can be seen on almost every corner, and other street food favourites include Banh Xeo (rice pancakes filled with vegetables, shrimp and pork), Nam (spring rolls), and noodle soups – especially of the nations best known variety, Pho. 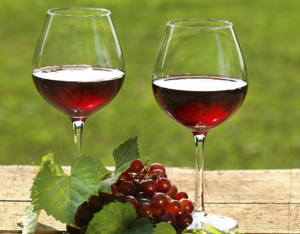 The appearance of the USA may come as a surprise, however there are some incredible and diverse culinary experiences to be had all over the country. The great mix of cultures across the US has contributed to both unbelievable variety and quality in food. Foodies flock to the west coast for a taste of famously delicious California sushi rolls and specifically to San Diego for some fish tacos, to LA for freshly made dishes from all around the world at Hollywood’s original farmers market, and to the Napa Valley or Sonoma for a taste of sweet California wine. Of course the South too has its deep fried draws. Granted, it may not necessarily be what you’d call sophisticated cuisine, but the South lures with its staple American barbecue and soul food treats like chicken and waffles, peach cobbler, hush puppies, gumbo, brisket, jambalaya, beef chilli and much more. Finally, the east coast is a popular choice for culinary holidays with Chicago‘s world famous deep dish pizza, New York‘s signature cheesecake, Manhattan clam chowder, classic New York bagels, pastrami and corn beef sandwiches, and Coney Island hot dogs, just to name a few.

Any food lover planning a rendezvous with Northern Africa will find themselves dreaming of wondering through the colourful souks of Marrakesh, sipping the mint teas, inhaling the spicy fragrances of Moroccan street food and enjoying the sweet scent of freshly baked breads (or Khubz as they are known) wafting through the air. Benefiting from a fusion of Berber, Arabic, Middle Eastern, Spanish and French techniques, Morocco’s irresistible cuisine is deliciously diverse. On your Morocco holiday be sure to immerse yourself in local culinary culture by devouring some kefta sandwiches, b’sara bean soup, or lamb tagine.

Craving your own food and wine trip? Take a look at Kenwood Travel’s holidays to the world’s tastiest destinations: the USA, Far East, Mexico and Morocco.