With thousands of well-wishers expected to line the streets of Windsor for the big day, royal fervour is building steadily for the wedding of Prince Harry and Meghan Markle on Saturday May 19th. And the preparations were met with the news this week announcing the arrival of Kate and Wills’ third child, adding even more cause for celebration among the Royal family.

Meghan Markle and Prince Harry’s ceremony at Windsor Castle’s St George’s Chapel will observe traditional practices before god, the Queen and 600 select friends and family. But it is thought Meghan intends to revise some details of the formal service, with the former UN women’s advocate removing the ‘obey him’ line from the vows.

As a fashion icon, speculation over Meghan’s wedding dress continues, while commentators are also wondering as to the identity of Harry’s best man. Alongside these rumours surrounding details of the wedding day itself, the couple’s honeymoon destination has also been the subject of conjecture.

The Kenwood Travel team have been wondering about it too; it’s been the talk of the office lately to be fair. And while we wait by the phone for Clarence House to call for a honeymoon quote, we thought we’d look back at some of Meghan’s past travels for a bit of holiday inspiration.

Where it all began

The self-described ‘California girl’ was born in LA in 1981 and raised in Hollywood with a relaxed upbringing by yoga-instructor mum, Doria, and lighting engineer dad, Thomas. Little wonder a career in Tinseltown beckoned. Meghan enjoyed drama class at school, and after graduating from Evanston University (Illinois) with theatre and international relations joint honours, found work as a part time calligrapher to support herself between acting roles.

So Los Angeles was where it all began for Meghan, and it could be the start of something wonderful for your next holiday too. Our US team love Los Angeles for its brilliant beaches, hip hotels, top shopping and trendy dining. And when we want to stage our LA holiday in the heart of the action, we book in at the iconic Hollywood Roosevelt: silverscreen heritage meets contemporary A-list cool. 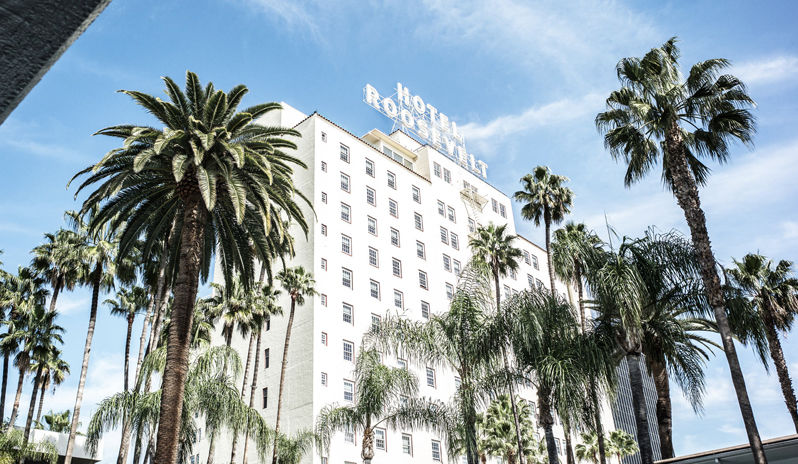 Hotel Roosevelt is a historic landmark in the heart of Hollywood

After one or two cameos in films like Remember Me (2010) and Horrible Bosses (2011), and appearing on the US version of TV’s Deal or No Deal, Meghan found fame on hit TV show Suits, playing paralegal Rachel Zane. Although set in New York, Suits was filmed in Toronto, Canada, where Meghan relocated to from LA during filming. Harry’s bride-to-be rented a house in Seaton Village outside the city before packing up in late 2017 following completion of the seventh series of the show.

Canada became Meghan’s second home for her time on the Suits set, and we think it makes a pretty awesome holiday setting too. Head to Vancouver for cosmopolitan sophistication, arts and culture as well a convenient location near the US border for twin-centres in cities like Seattle and Portland. Or experience the true ‘great white north’ by getting off the beaten track along the coastal wilds of Newfoundland.

The path to true love sometimes takes an unexpected turn, and although our favourite royal couple are the very picture of romantic bliss, Meghan was in fact married formerly. In 2011, Meghan wed actor and producer Trevor Engelson in Ocho Rios, Jamaica.

It seems the Caribbean sun wasn’t quite enough to fuel the flames of passion however, and the couple divorced in 2013. But the tropical rays and balmy climate of Jamaica do make for a superb holiday destination. Check in at the Luxury Included® resort of Sandals Royal Plantation Ocho Rios for free scuba, all-butler-service accommodation and a cute, boutique-y vibe surrounded by stunning island scenery; the quintessential Jamaica holiday. 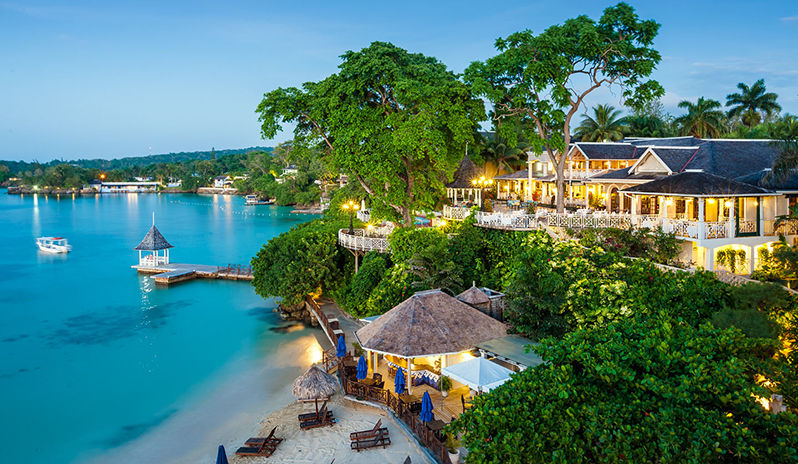 As we know, Suits was filmed in Toronto, but the action was actually set in New York. Times Square, Central Park, The Statue of Liberty… every bit as iconic as Buckingham Palace and Windsor Castle. And in comparison to the quaint, English Home Counties venue of the royal wedding, the larger-than-life glamour of these Big Apple attractions makes New York the ultimate destination for a city break. Holiday in New York for jaw-dropping, head-spinning sights and sounds and some of the best eats in today’s global foodie scene. The city that never sleeps also enjoys an embarrassment of riches when it comes to where to rest your head. Our destination specialists recommend the Gansvoort Meatpacking District hotel – don’t miss the heated pool, cocktail bar and river views from the place-to-be-and-be-seen rooftop venue. 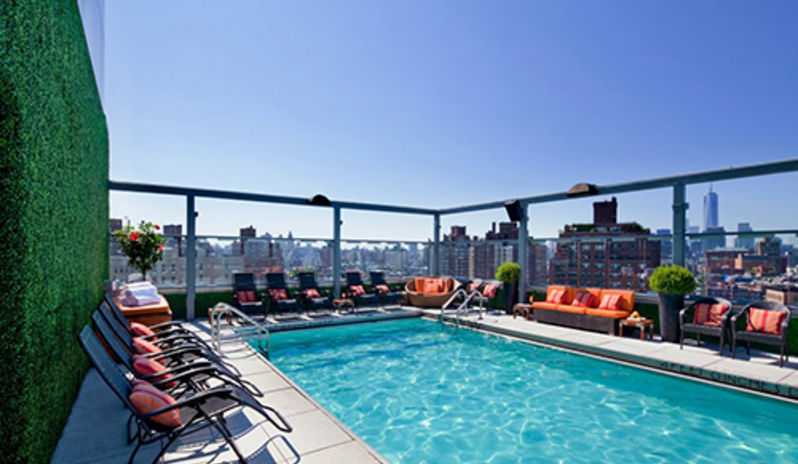 Harry and Meghan first met on a blind date set up by a mutual friend in London. Only four weeks and two dates later, Harry took their courtship up a level by inviting Meghan to join him on holiday in Botswana. Here they enjoyed the beginnings of their blossoming new romance, camping out together under the stars and exploring the enchanting landscape.

With the largest number of native elephants in Africa, Botswana is all about safari. Spotting the ‘big five’ roaming the majestic floodplains and savannah woodlands is an otherworldly experience. Taking a leaf out of Harry and Meghan’s book, camping in the national parks lets you save money on the cost of organised safaris and accommodation. There are some great options for independent safari goers if you’re willing to arrange your own itinerary. And who wouldn’t want to get back to nature in one of Africa’s most naturally beautiful countries?