Temples are incredible, atmospheric, rich in history, and sculpted with local cultures, religions and minds of the time. And let’s face it, they make a mind-blowing stop on the tourist trail too. Don’t crack out the map, whip and hat just yet. We’re here to point you in the right direction of where to find the world’s best temples. 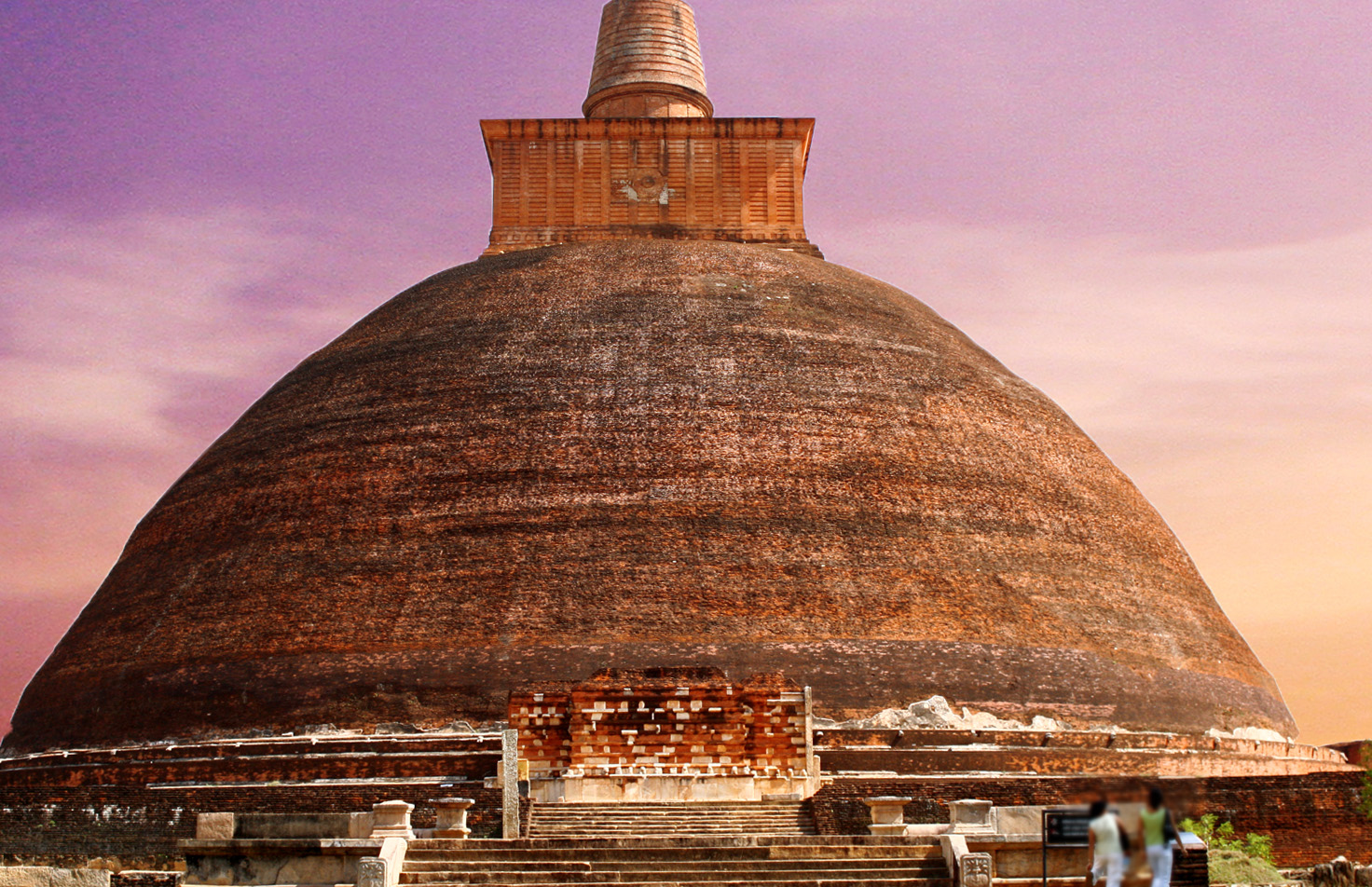 Jetavanaramaya is one of Sri Lanka’s most stunning man-made structures.

Our first pick for one of the wold’s best temples is Jetavanaramaya. Jetavanaramaya is a massive half dome marvel taking centre stage at the world heritage city of Anuradhapura in Sri Lanka. With a 5.6 hectare floor area, a 122m tall dome reaching almost as high as Egypt’s great pyramids, and riddles of art and sculptures on the walls, this ancient Buddhist temple is awe-inspiring. Travel back in time and marvel at the incredible architecture of a temple doused in mystery. Staying at Sri Lanka’s Heritance Tea Factory gives you the best choice in luxury, as well as the opportunity for a day excursion to visit our choice of one of the world’s best temples. 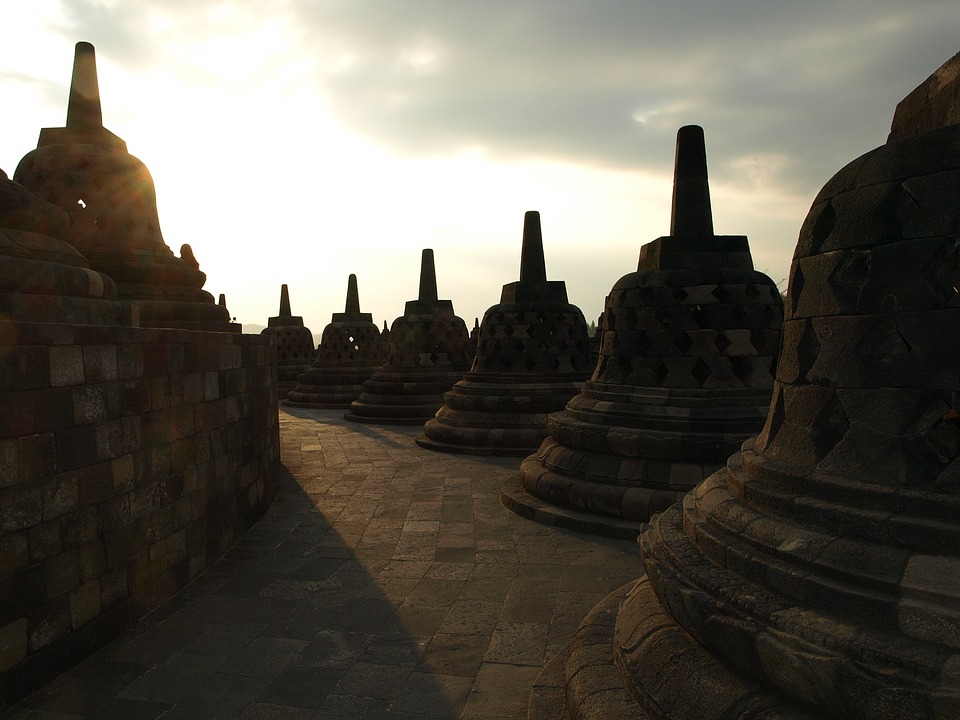 Sunrise and sunset drama make Borobudur one of the most beautiful ancient sights in the far east.

Yet another one of the world’s best temples to add the the Far East’s collection of monumental wonders is Borobudur. This stupa and temple complex in Indonesia stems as far back as the 8th century and currently stands as a UNESCO World Heritage site. Borobudur is the largest Buddhist structure on earth, and if you think that’s impressive, wait until you see the tiny details engraved into every aspect of the huge complex, from the bell-shaped rooftop monuments to the carvings of the staircase. Borobudur is one of the most dramatic buildings in the world. 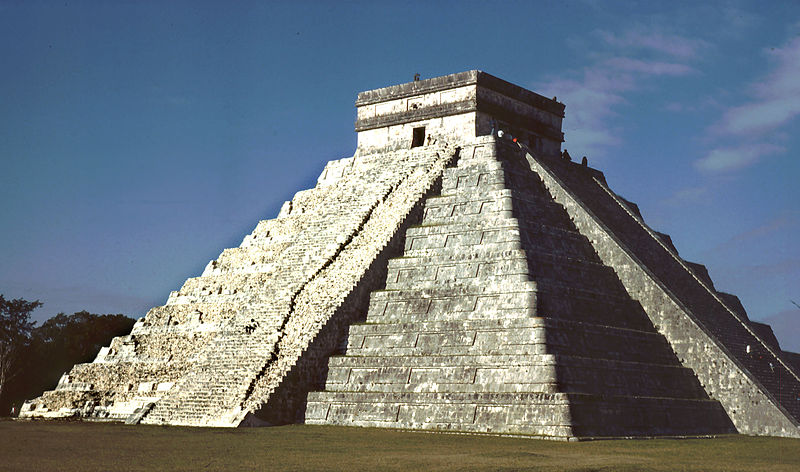 The fascinating and ancient sight of some of South America’s earliest civilisations.

Travel to Chichen Itza and you’ll find a sprawling city of of the ancient Itza peoples. And at the centre, you’ll see the amazing tower of El Castillo. It’s no wonder it’s considered one of world’s best temples. A day trip from Cancun to Chichen Itza means exploring one of the largest Maya cities on the planet. In addition to the temple, visitors can also witness The Temple of a Thousand Warriors, The Jaguar Throne, and a huge collection of ancient artefacts and relics of the Maya civilisation.  Although there are hotels on the doorstep of the ancient city, it’s recommended to stay in the coast where guests can also enjoy the dramatic beaches offered around Cancun.

The highlights of Wat Rong Khun are easily the incredible, if not disturbing, sculptures scattered throughout.

Wat Rong Khun is a dazzling spectacle. It may not be as large as the other temples on our list, and having being constructed in the 1990s, it’s not the oldest either, but Wat Rong Khun is by far one of the most beautifully designed. The sparkling white exterior comes across like a frozen fairytale castle. Make sure to see the abundance of sculptures, from a sea of hands to emotive obelisks that surround the complex. The best thing about Wat Rong Thun? It’s open all year round and admission is free.

The Temple of Heaven – Beijing, China 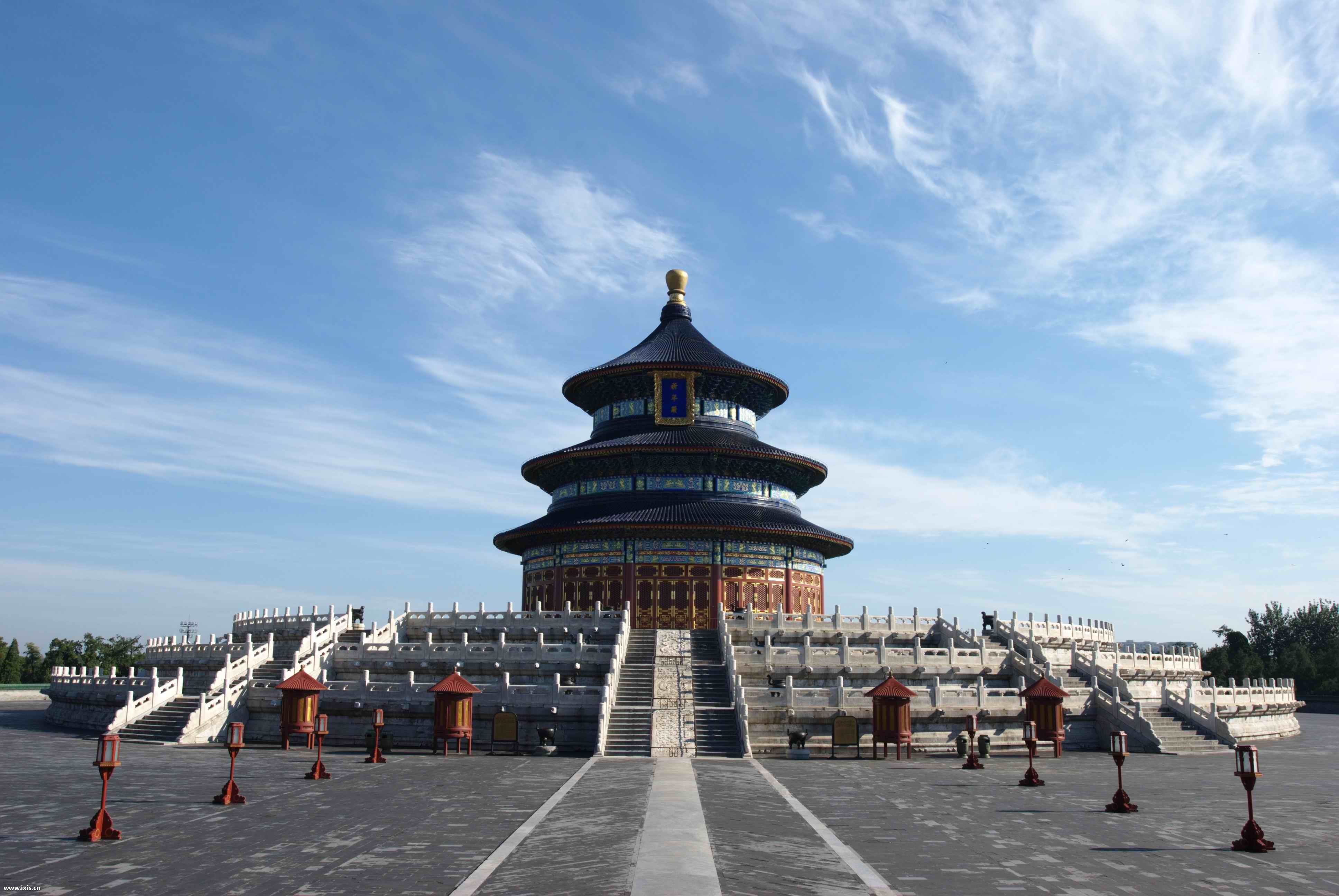 The Temple of Heaven is one of Beijing’s most awe-inspiring sights.

Famous from films and so much more: The Temple of Heaven stands close to 600 years old, and is one of Beijing’s most inspiring highlights. Walk in the footsteps of ancient Emperors and wander the ancient halls, then relax in the surrounding park where you’l find the ‘Prayer Hall for Good Harvest’ created in perfect symmetry. This is often surrounded by locals relaxing, playing or practising Tai Chi. If you want to stay close to this holy site, the Grand Hyatt Beijing makes a great luxury option a thirty minute walk (or twenty minute drive) from the temple. 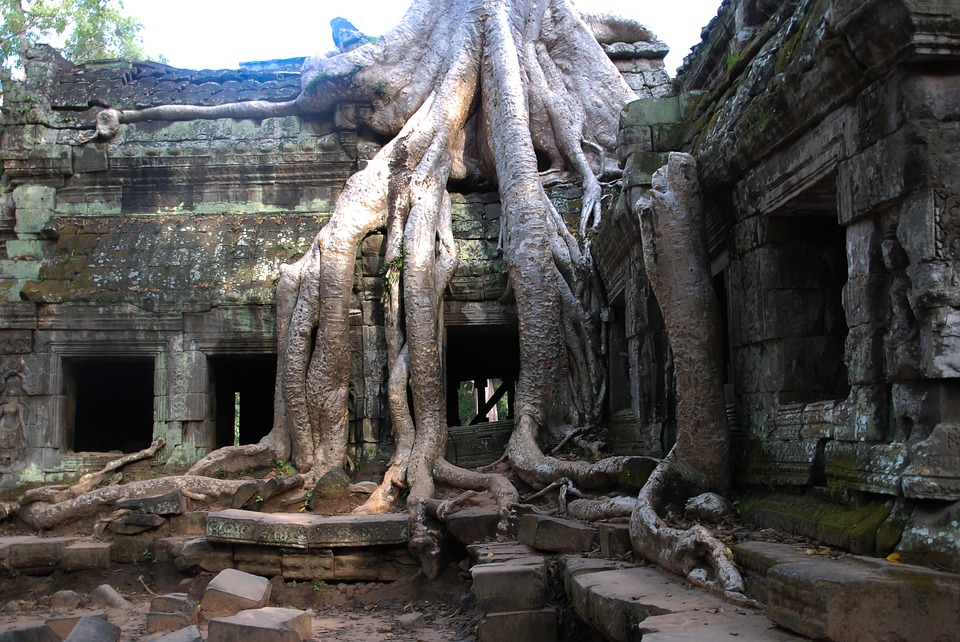 The spectacular scenery and ancient architecture help make the buildings in Angkor some of the world’s best temples.

The Khmer’s mark on the Far East resulted in one of the world’s most awe-inspiring constructions on our planet. The largest temple complex ever built, however, is still relatively overlooked in the grand-scheme of world wonders – though tourist numbers are steadily growing. Located an hour’s walk north of Siem Reap, Angkor has some staggering figures up its sleeve. Almost a millennium old, the complex takes up 163 hectares (over 200 football pitches). Dedicated to Vishnu, Angor Wat is one of the few places that maintains a significant religious centre since its foundation. Due to its close proximity to Siem Reap, there’s a range of hotels temple-seekers can stay in. For a luxury option, you can’t go wrong with Amansara – a fifteen minute drive from Angkor. 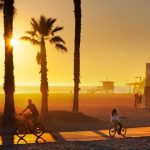 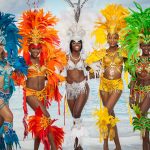 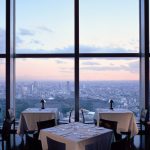 Real life hotels from the movies 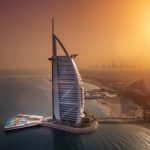 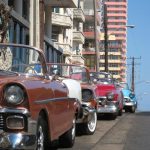 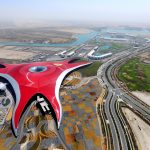 What Makes Ferrari World so Unique?