Inseparably associated with barbecues, beers, and bonfires, Independence Day is a time for incredible edibles. So here’s a list of our favourite all-American foods that will be sure to leave you with smiling faces and spotless plates this 4th July. Then again, if you’d rather forgo the DIY factor and go in search of the real deal, we don’t blame you: our experts at Kenwood Travel have included their top recommendations for where to stay in the USA. In the countdown to this year’s American extravaganza, it’s time to strap yourself in and potentially undo that top button…

July 4th is the most popular outdoor cooking holiday in the USA, and not just because of the warm weather. The American tradition for Independence Day barbecue was born when politicians in the first half of the 19th century decided they needed a little more than a compelling speech to draw crowds, often roasting whole pigs at a time. What we’re saying is, Americans take barbecue very seriously and aren’t scared of large portions. Go full carnivore with sticky fall-off-the-bone ribs, marinated buttermilk chicken, and thick steaks; or cook up some grilled corn in the husk and colourful Mediterranean vegetable skewers.

Where to stay: Shack up at the Doubletree by Hilton Nashville Downtown, just 15 minutes’ walk from the legendary Martin’s Bar-B-Que Joint. 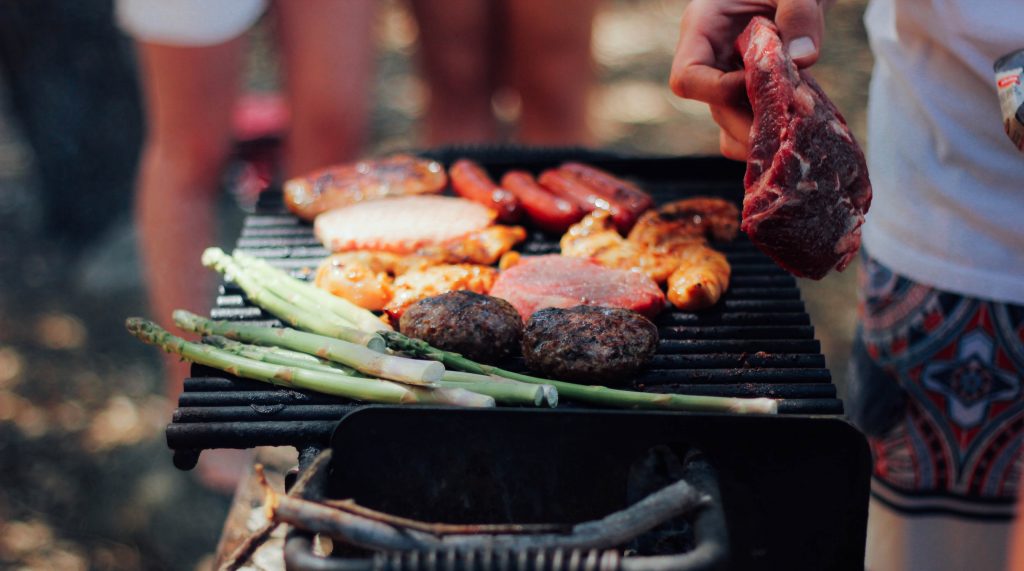 Barbecues, especially in the South, are an Independence Day staple.

Though the beloved beef burger typifies all-American fare, there is also room around the 4th July table for patriotic pescatarians. Particularly along the New England coast, seafood reigns supreme. From sweet lobster meat tossed lightly in mayonnaise and tucked inside a pillowy bun, to the humble clam (steamed with lemon butter, swimming in creamy chowder, or boiled in a pot with corn and potatoes). Gently poached salmon with egg sauce and peas is also a long-established 4th July tradition on the East Coast, whilst on the West Coast, you might encounter succulent Dungeness crab and grilled California spot prawns.

Where to stay: Stay at the Sheraton Boston Hotel, with a stellar view of the Boston fireworks just 7 minutes’ walk from the Atlantic Fish Company. 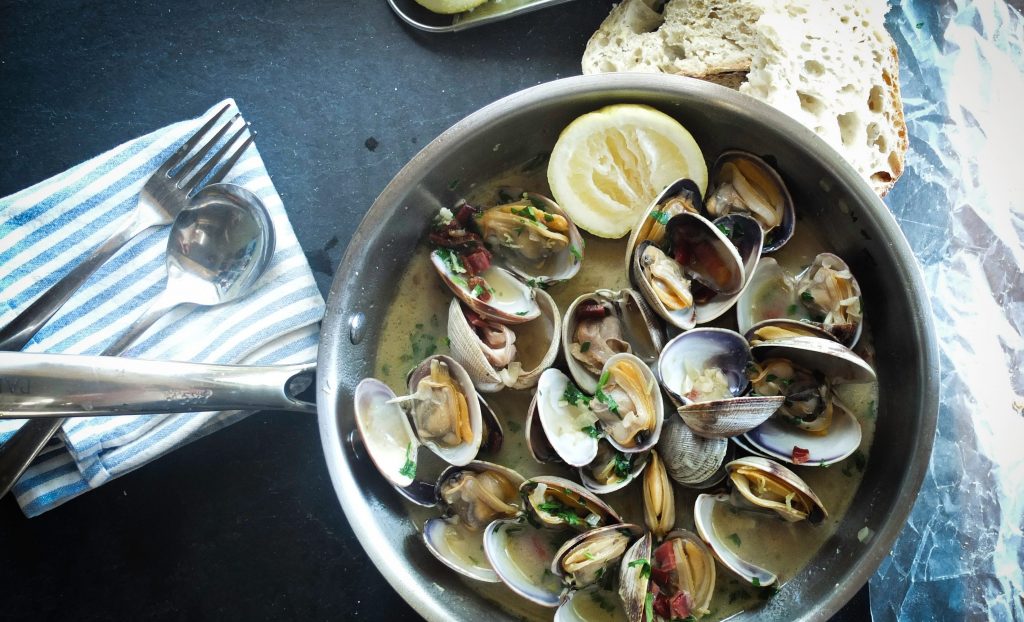 What would a 4th July celebration be without a cold beer served in a quintessential red cup? (Seriously, could that be more American?). Meanwhile, teetotal partygoers and little ones can wash down their festive spread with a glass of refreshing homemade lemonade. Non-alcoholic stalwarts of the stateside celebration also include sweet iced tea, flavoured with zesty citrus fruit. Summer being the season for red (white) and blue berries, this is the perfect occasion to adorn your cocktails with fresh and fruity garnishes, or to go the purist route and blend strawberry, raspberry or blueberry smoothies worthy of the star-spangled banner.

Where to stay: Stay at Canary Hotel, A Kimpton Hotel, in Santa Barbara, under half an hours’ walk from Waterline – an indoor market with local breweries, taprooms, wineries and food. 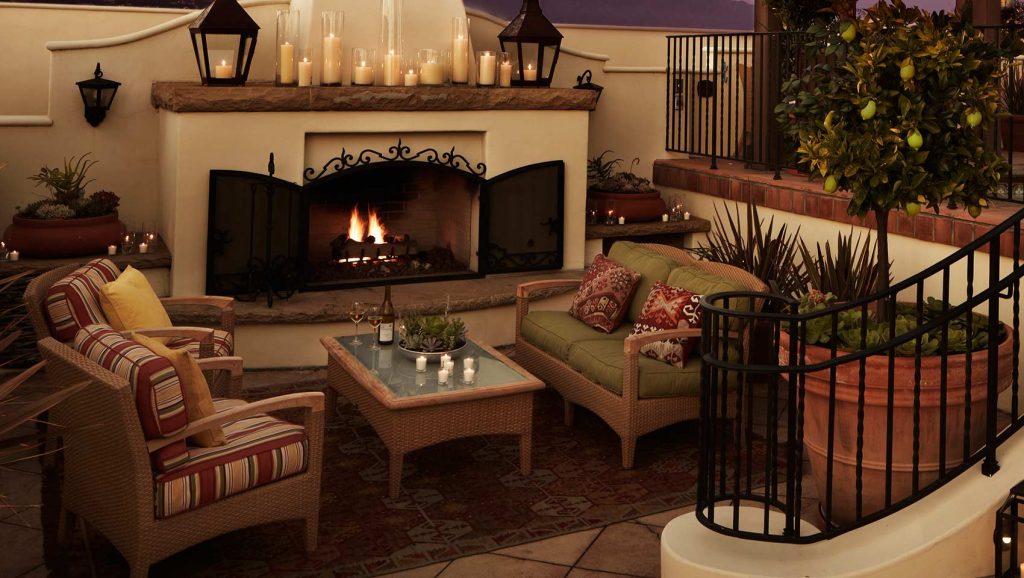 It’s hard to argue with the classics: juicy hamburgers crowned with melted cheese, frankfurters festooned with a zig-zag of bright yellow mustard, pepperoni-dotted pizza. After Christmas, 4th July is the second most popular day for ordering pizza in the country; whilst in Coney Island, tens of thousands of wiener fans show up each year to witness the annual hot dog eating competition there. In the southern states on the 4th, you’ll be pressed to find a picnic blanket that isn’t anchored by bowls of golden fried chicken, warm biscuits, and lashings of gravy. Over in the Midwest, dessert is certainly worth the wait, with homemade ice cream completing the offering of hot apple, cherry, or blueberry pie.

Where to stay: Stay at The Knickerbocker in New York and hop on the subway to Coney Island to watch Nathan’s Hot Dog Eating Contest. 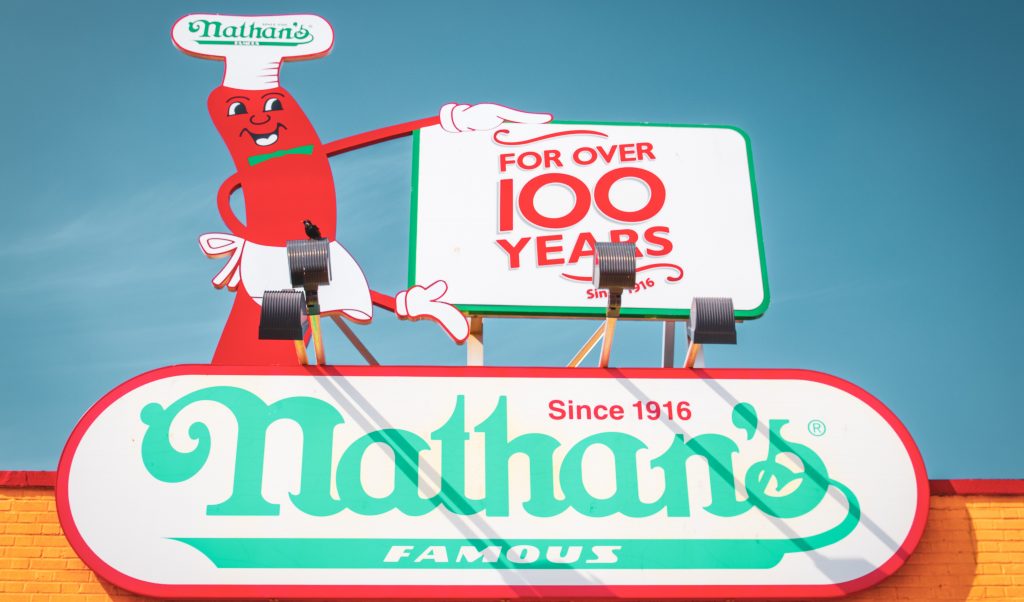 Whilst the glorified grill is still the heart of many July 4th get-togethers, traditional side dishes really make a feast sing. Whilst a good mac n cheese topped with a golden crust is irresistible for vegetarians and meat-lovers alike, smoky baked beans are the perfect barbecue sidekick with or without bacon. The more health-conscious among us might make a beeline for leafy greens but the real temptation is coleslaw and potato salad, slathered in creamy dressing (still a type of salad, right?). Don’t be afraid of keeping it simple, either; nobody likes a flustered host and everybody likes chips and dips.

Where to stay: Stay at the Doubletree by Hilton Memphis Downtown, 15 minutes’ walk from Central BBQ, who serve all the sides mentioned above plus slow-cooked ribs to die for. 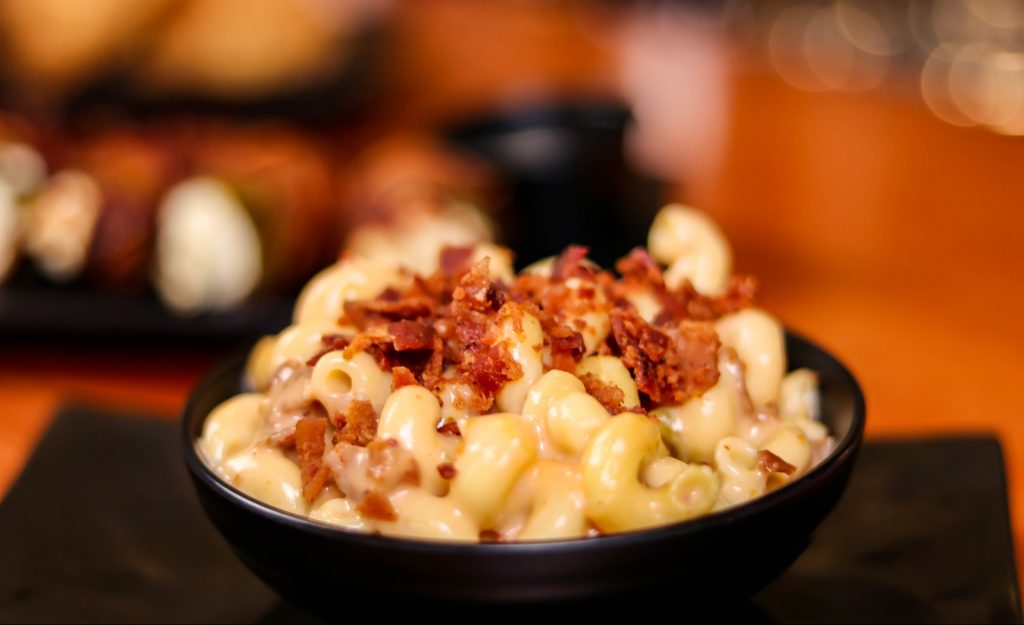 Macaroni Cheese is a classic American side dish with regional variations.