“For the first time someone is going to Barbados to play this type of music. And I’m still going to have to go easy on them.”

CARL COX, British/Bajan wax legend, waxes lyrical about his Barbados homecoming gig, how the Bajan harvest made his career, and how not to get stabbed with a pair of scissors.

He’s known globally as a true pioneer of dance music and one of the world’s most respected DJs. Now, Carl Cox is flying to Barbados for a massive homecoming gig that’s as much of a thank-you from his heritage to him, as it is from himself to the island. An enduring career championing house and techno music was borne of his family’s Bajan roots, but the genre doesn’t enjoy much of a scene in Barbados itself. Cox wants to change that, and reckons the locals are hungrier than ever.

“I never thought in my lifetime that I’d be going to Barbados to play the music that’s made me one of the most popular people in that genre,” he says.

Whilst South America and Miami’s influence on Cuba and the Dominican Republic all bump their fair share of house and techno, Cox’s forthcoming show marks the first time a DJ of his stature has put on a night of such magnitude in Barbados.

He says: “For the first time someone internationally known is going to Barbados to play this type of music. And I’m still going to have to go quite easy on them.

“Most clubs in Barbados are R&B clubs. You’re going to hear Will.I.Am, Fergie, and David Guetta. Which is fine, but the real house and techno scene can only be defined by a person that’s lived through that and has real Barbadian roots.”

The gig is on April 20th at the trendy Sugar Ultra Lounge in St. Lawrence Gap. The popular island venue will be transformed by Illusions Entertainment, a troupe pioneering Barbados’ electronic music scene. Brainchild of Cox himself and local DJs like Nicole Moudaber, the show panders to a now-generation of Bajans that gradually weaned themselves off ubiquitous calypso. As yet, they’ve been travelling to Miami to satiate their electro exigency.

“There’s not a lot of money for regular Barbadians to travel in such a way,” Cox explains. “There’s never really been that affluence. The majority of people in Barbados are on minimum wage.”

After watching YouTube, reading interviews and witnessing his universal success, there’s real excitement about such high profile coming to an island that has seen sparse, albeit significant, celebrity. Barbados’ shining star is of course Rihanna.

“The last star before her,” says Cox, “was Eddy Grant!”

Going to Barbados, anyone?

Despite regular trips to his homeland, Cox admits he doesn’t often bring back new musical influences.

“I’ve always felt Caribbean music has stayed within the Caribbean. It doesn’t really cross over. The biggest record you got to hear for a while was Oh I’m Going To Barbados. That was the biggest commercial record that actually had nothing to do with Barbados. But it got Barbados put on the map.”

In creeps a pang of mid-’90s nostalgia. Er, wasn’t that that tune The Venga Boys remixed?

Born in Manchester to Barbadian parents, Cox says: “Any time I play my music it comes from the origins of my mum and dad. They always used to celebrate Crop Over in Barbados every year.”

Crop Over is a yearly, island-wide festival celebrating the sugar cane harvest, and its soundtrack is traditionally calypso music or Soca. But Cox’s parents brought that same spirit with them to England, and he credits his dad as his greatest influence. A bus driver with a passion for music, Cox Senior would play Soca at home and introduced his son to powerful elements of country & western, R&B and jazz.

“He just enjoyed being able to put music on. Friends and family could enjoy a moment which made their life complete.” 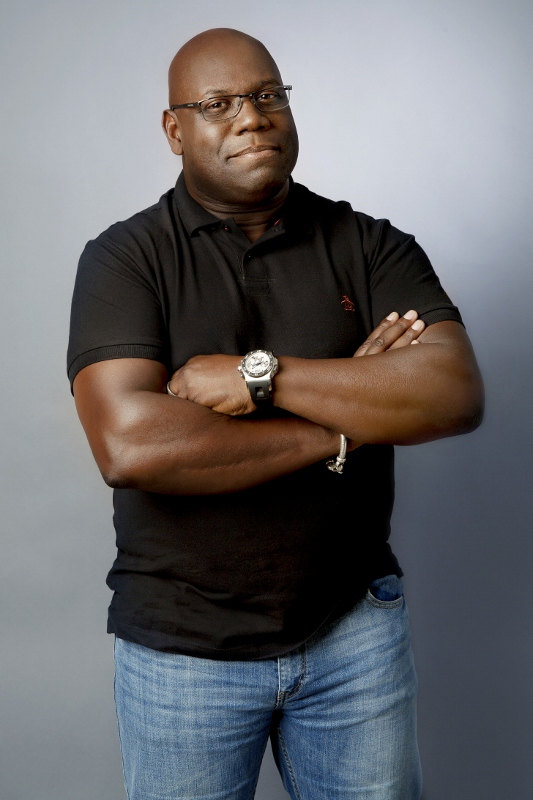 New Roads to the Dancefloor

Itching to produce again, last year Cox released his latest album All Roads Lead To The Dancefloor – on a USB stick.

The idea was that the USB gets updated with tracks over the course of the year. Instead of the upfront LP, listeners have exclusive access to remixes, new sets, video footage, and tutorials for aspiring DJs. A gutsy move, considering people aren’t used to buying music that’s not in a front-loaded format (i.e. a complete album), or incidentally, buying music full stop.

Yet despite decent sales on an album that received close to zero promotion, the team behind the concept had hoped other studios would follow suit. That offering this extra value perhaps could mitigate the free download generation. Unfortunately, production costs on the stick are high and most ran scared. Still, as music streaming services such as Spotify cause many a music industry type to signal the death knell of the album, Cox is a staunch believer in its viability.

“If, say, Madonna was wearing hers as a pendant and it had MDNA on the USB,” Cox points out, “people would see that as a symbol of buying into a part of Madonna. They would probably buy it without even listening to the album.”

So, in all his years of clubbing, did he ever come across a real life Pablo Hassan?

“Oh God, yeah!” Cox says. “I had a guy that wanted to stab me with some scissors because I asked for money.”

Cox and the manager in question had agreed a £250 fee for a night’s DJing. The boss handed over an envelope with £150. Despite the looming presence of four heavy-looking bouncers, Cox stood up for himself.

“I said to the guy ‘Where’s the other hundred?’” he recalls. “He says ‘Oh, so you want another hundred then, do you?’ He had a pair of scissors next to him and…well, a letter-opener.”

Despite pointing out the night’s successes were entirely his doing, Cox decided the extra hundred might not be worth a stabbing.

“£100 out of £250 was a lot of money,” he admits.”But I would have been going out of that place having a fight for sure. I probably wouldn’t have won.

“I based myself on that nightclub owner. My character was that person.”

And with that, all that’s left is to wish him luck in Barbados.

“Thanks very much, I’ll try not to drink too much rum. Well, the right amount at least.”

Click here to find out more about holidays to Barbados.