We take a look at this refreshingly contrary Conrad hotel in Bali. Equally innovative and traditional, Conrad Bali takes Bali holidays into a new age. Plus we’ve some exciting offers to boot…

A Conrad hotel, much like Conrad Bali, can be somewhat of a paradox. Firstly, every Conrad hotel follows the mantra that ‘the greatest luxury of all is the luxury of being yourself’, which is slightly at odds with the notion of ‘getting away from it all’. Conrad hotels present local culture in unobtrusive and immersive ways, whilst pampering you with intuitive, innovative and very personalised touches of luxury. Intricate indigenous artwork hangs next to state of the art equipment and minimalist 21st century design. And nobody does it better than a Conrad hotel. 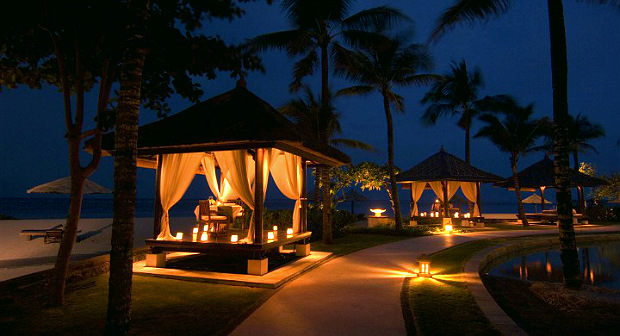 Situated near Nusa Dua on South Kuta, a southerly protrusion off the island of Bali, Conrad Bali is a unique and striking blend of traditional Balinese design and contemporary attention to detail. Occupying a quite magical world in which to lose oneself, the resort is spread over a massive 6.8 hectares of tropical rainforest dotted with cabanas and waterways, leading down to a 350-metre beach of sugar-like sand. And yet despite its breadth, Conrad Bali feels incredibly intimate, much like its impressively spacious rooms. Each and every one is tinged with brushed wood touches and elegant, modern design, right through to the marble bathrooms that feel as big as the atria.

The onsite Jiwa Spa continues the trend, managing to keep you in your own tiny bubble of complete bliss whilst still boasting a massive 17 treatment rooms for that famous Balinese massage, two spa pool pavilions, spa garden pavilions, reflexology lounge, steam and sauna, Jacuzzi and a beauty salon. Jiwa Spa is a modern-day, state-of-the-art oasis that feels like an unassuming outhouse you simply happened upon in the jungle.

And then we come to the Infinity Wedding Chapel. This dazzlingly white marble and glass teepee perched on a brushed stone jetty on the water is so mesmerisingly beautiful that, if you hadn’t come to Conrad Bali to marry, by the time you see it you’ll be grabbing for the nearest eligible spouse. 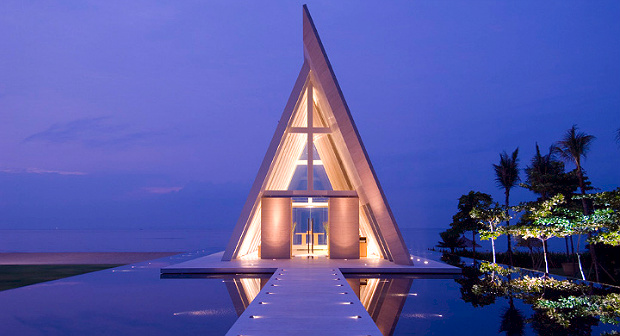 The grounds of Conrad Bali and its island surrounds beg further exploration. The idea of Bali holidays can be a bit of a non-sequitur as Bali is the sort of place you’ll want to get lost, really lost. It’s a good reason why it’s here you’ll find the Bat Cave, although you won’t see anything resembling a rubber suited Christian Bale driving a tank. Rather, the Bat Cave Temple, or to give it its proper title Pura Goa Lawah, is one of the island’s nine Sad Kahyangan Temples, a collection of ornate and ancient Balinese Hindu temples that must be seen to be believed, and uncovered to be seen. Goa Lawah, unsurprisingly, is also home to many thousands of bats. Also found nearby is the famous Elephant Cave, or Goa Gajah. Though many thousands of elephants do not hang from its rafters, unsurprisingly. In fact the 9th-century entrance to Goa Gajah is a stone relief of sinister and demonic effigies, the principle resembling an elephant. 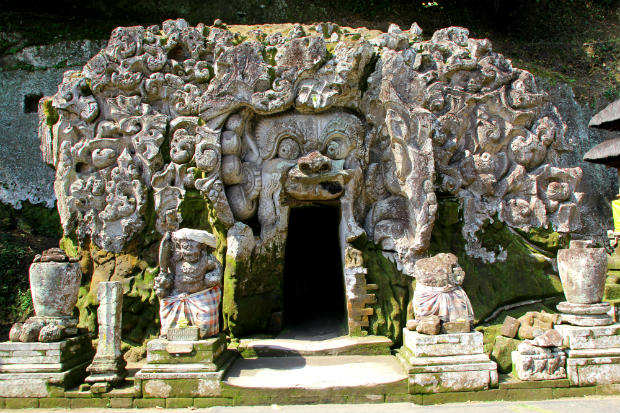 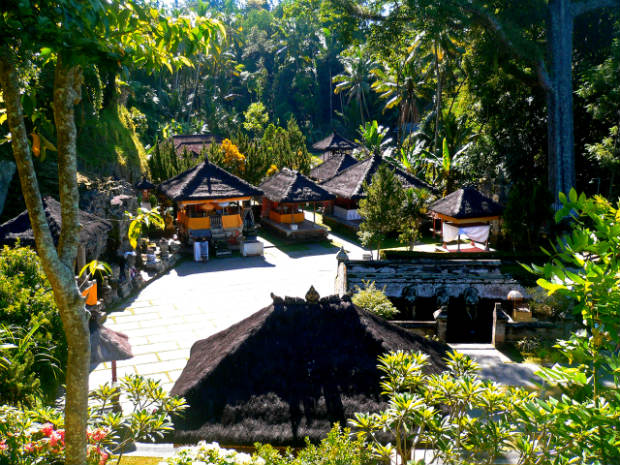 Once you’re done exploring the rainforest, you might like to take a wander through the capital Denpasar, very close by, or the golden beaches, great surf, bustling markets and brilliant nightlife in Kuta.

Alternatively you might prefer simply to tee off at one of three nearby championship golf courses, all designed by the pros and all enjoying a lush and enveloping tropical setting. The kids meanwhile can be left in the hands of Conrad’s Kura Kura (meaning ‘Turtle’) Club, featuring a beach club and all manner of daily activities including traditional Balinese dance, costumes and games. 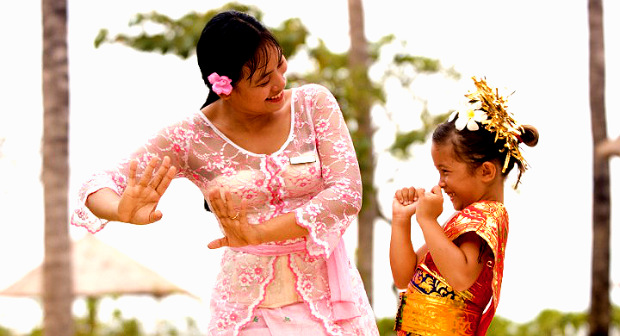 Conrad Hotel: The Height of Hilton

It should be mentioned that Conrad hotels are a new venture in personalised luxury and design concept from the esteemed Hilton group, but what Hilton has succeeded so marvellously in doing is creating a new niche of hospitality that is outstanding in its own right. Conrad Bali is the modern, traditional, vast and intimate hotel of contrasts, and for this reason your Bali holidays with Conrad will keep you in ultimate luxury while setting you free into the deepest wilderness. Within its beautiful surrounds and with such dedication to local culture, your luxurious, individually appointed suite is a delight to leave, and an even greater joy to return to.

Right now we have the following special travel deals on this stunning Conrad hotel in Bali, and better still they’re combinable. Bookings must be made must by 30 September 2013:

– Stay 9 nights in a Deluxe Room and receive one hosted dinner at SUKU restaurant (3 course meal).

– Stay 9 nights in a Conrad Suite and receive one 60 minute massage for two at the fantastic Jiwa Spa.