In a city like Dubai, a simple skyscraper won’t make the cut in terms of joining the ranks of the metropolitan hub’s iconic landmarks. The City of Gold is widely famous for its grand constructive wonders, breaking records and winning the hearts of modern architects and engineers. It would be a shame to miss out on touring some of these beautiful buildings on a holiday to Dubai, which is why our travel specialists have shortlisted some of the city’s architectural must-sees. 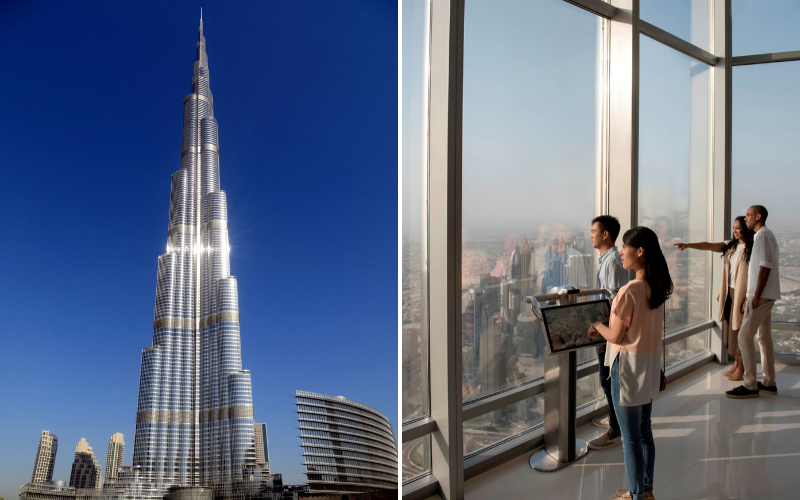 The towering skyscraper was erected in 2010, standing at a whopping 829.8m (2722.44 feet). To give you an idea of how big this Dubai building is, it’s approximately three times the size of the Eiffel Tower.  The Burj Khalifa is currently the tallest building in the world, beating out London’s The Shard and Toronto’s CN Tower. Tourists can visit the largest building in the world, by riding up to the top of the building, and visiting their At The Top Sky Deck, which is on the 125th floor, and enjoy the mesmerising views of the city during your Dubai holiday. 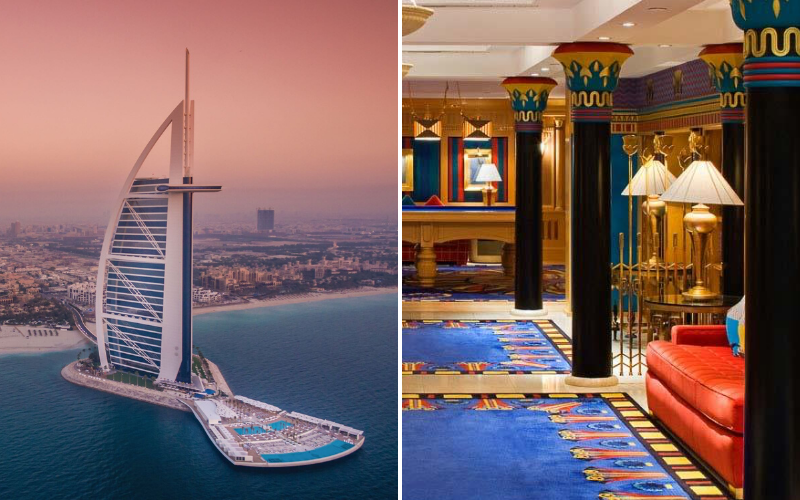 A British travel writer once gave this Dubai hotel a seven-star rating, and to this day it’s upheld its reputation as one of the most luxurious hotels in the world. Along with the Burj Khalifa, the Burj Al Arab Jumeriah is one of Dubai’s most celebrated landmarks.  The Burj Al Arab does not only have a spectacular exterior design, famously built to mimic a sail, it’s just as impressive on the inside. From the lobby to the guest rooms, each room is drenched in colour and unique patterns to reflect the hotel’s true opulence.

You can book your stay at this illustrious hotel by contacting one of our Middle East travel experts on 020 7749 9276. 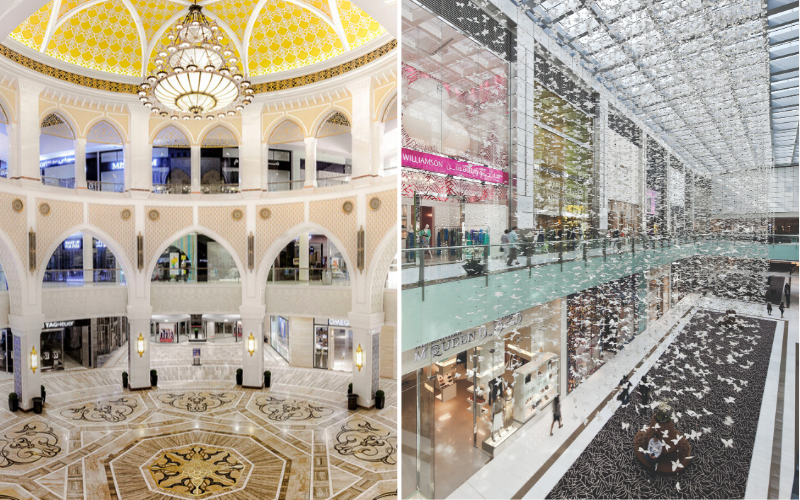 This Dubai luxury shopping centre has become a staple in the fashion world due to its vast size and exclusive shopping experience. The Dubai Mall is currently the largest shopping venue in the world, in terms of land area, spanning over 13 million square feet, which is equivalent to the size of 50 football fields. Housing 1,300 retail stores, over 200 restaurants, an aquarium, an indoor Virtual Reality theme park, Kidzania plus more, you’d need more than an afternoon to really explore this fashion mecca. In fact, you may need to hire a personal porter service to get around. 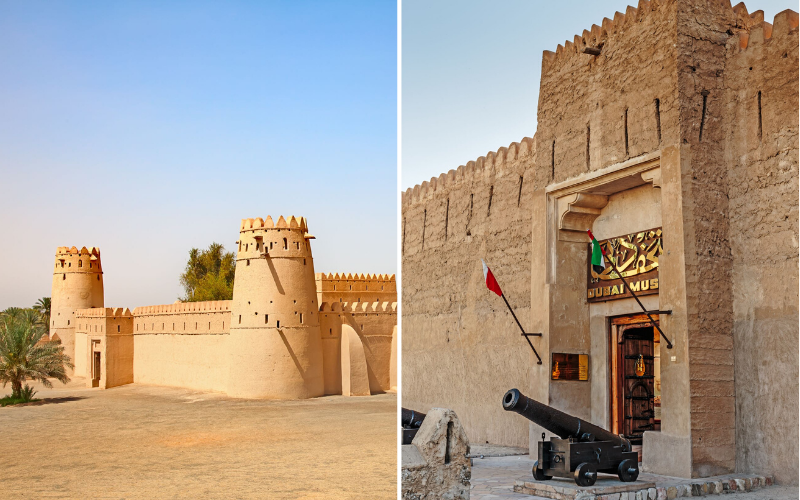 Although Dubai is famous for its futuristic skyscrapers and impressive skyline, there’s more to the city than shiny buildings and a larger-than-life approach to architecture. Situated in Dubai Creek, in the city’s historical district, is an age-old Arabic fortress which dates back to 1787. Al Fahidi Fort is the oldest existing building in Dubai, made entirely of coral rock and mortar, and currently stands where the old city walls once stood. In 1977, the Dubai Museum was added into the fortress and has since become the historical centre point for the city.