Singapore has always served as a crossroads of culinary influence.  For centuries this entrepot city at the heart of Southeast Asia has seen the confluence of merchant sea vessels from near and far-flung destinations eager to trade their exotic wares. From the fine-dining establishments of the upper echelons to the city’s street stall stars, a stunning patchwork of gastronomic provenance is represented on Singapore’s menu. Succulent chicken and dumplings from China; Roti Prata with fragrant curries from India; rich and glossy laksa soup from Malaysia: it’s no real surprise that the Michelin Guide has finally cottoned on. With the fourth ever annual shortlist of Singaporean awards being released this summer, we thought it would be a great time to share our current favourites. It’s Singapore’s time to shine. 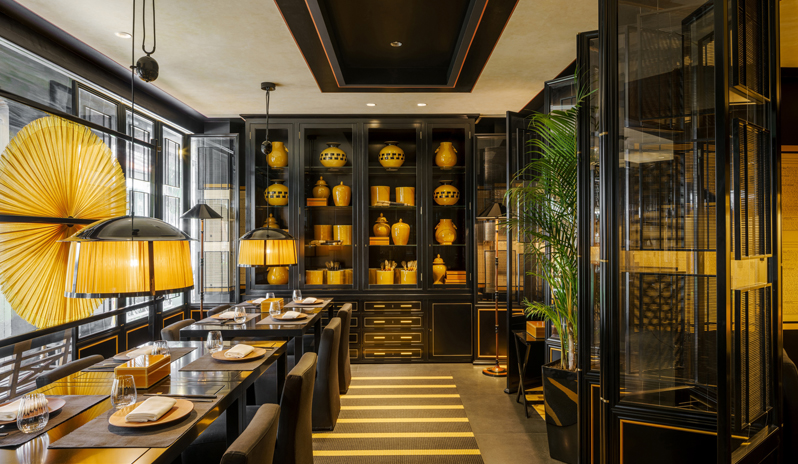 Dining room at the Six Senses Duxton, just a short walk away from Michelin-starred restaurants.

Whilst the gloriously unpretentious Singapore street food scene might seem worlds away from Michelin material, since 2016 the awards have been proving otherwise, catapulting hawker heroes to culinary celebrity. And boy, are we thankful Mr Chan Hon Meng is among them. Although our first recommendation is a mouthful (pun totally intended); make a decisive beeline to Liao Fan Hong Kong Soya Sauce Chicken Rice and Noodle, where lunch will set you back less than a supermarket meal deal. Navigate labyrinthine pathways in the Chinatown Complex Hawker Centre resisting the temptation to stop at other vendors. You will regret it if you fill up.

Serpentine queues certainly test endurance and willpower of prospective patrons, but patience is definitely rewarded here in spades. The tender chicken comes with a sticky, mahogany-glazed skin, served alongside cheerful yellow noodles, or a perfectly soy-doused dome of rice. We double dare you not to smile when you go for a forkful of saucy greens, crowned with a resoundingly crunchy topping. Watch as the formica-topped tables spilling over with hungry diners simply melt away, leaving just you and an exceptional plate of food. Stay at the Six Senses Duxton, only ten minutes from the market. 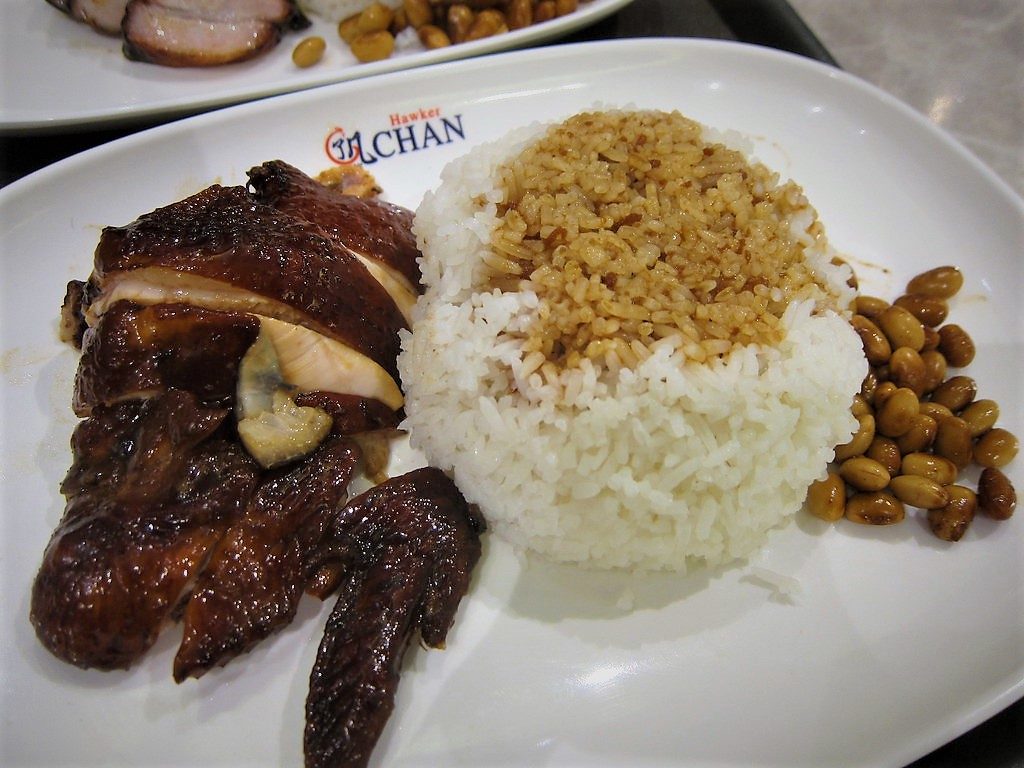 Since the Michelin Guide’s inaugural run in Singapore, Odette has won not one star but two every year. And its location could not be any better for a restaurant that has truly mastered its art. You’ll find Odette inside the Singapore National Gallery, of course. Much like a blank canvas, the restaurant’s bright interior is clothed in muted tones, blushing politely in rose as if slightly embarrassed by its worldwide acclaim. Single-fold origami shapes dangle from the ceiling, overseeing the main spectacle: the food. Each dish bursts into life with vibrant colour and meticulous technique, but you really mustn’t miss the theatrics of the rosemary smoked egg, or the bold and surprising heirloom beetroot variation.

Odette, however, is not the only Michelin-starred restaurant in Singapore assimilating into its landmark surroundings. The organically inspired and horticulturally inflected Corner House restaurant can be found nestled amidst the lush and enchanting fronds of the Singapore Botanic Gardens. The restaurant serves a spectrum of ‘gastro-botanica’ dishes, including an ode to the humble onion. The chef’s signature ‘Oignon Doux Des Cevennes’ dish deconstructs the sweet French allium and re-imagines it in four different iterations: whole and confit, atop a flaky tart, dehydrated and wafer-thin, and finally, in a richly flavoured consommé. We guarantee you will never look at this versatile vegetable the same way again. The Shangri-La Hotel Singapore is a marvellous place to rest up in between award-winning repast and the city’s sights. 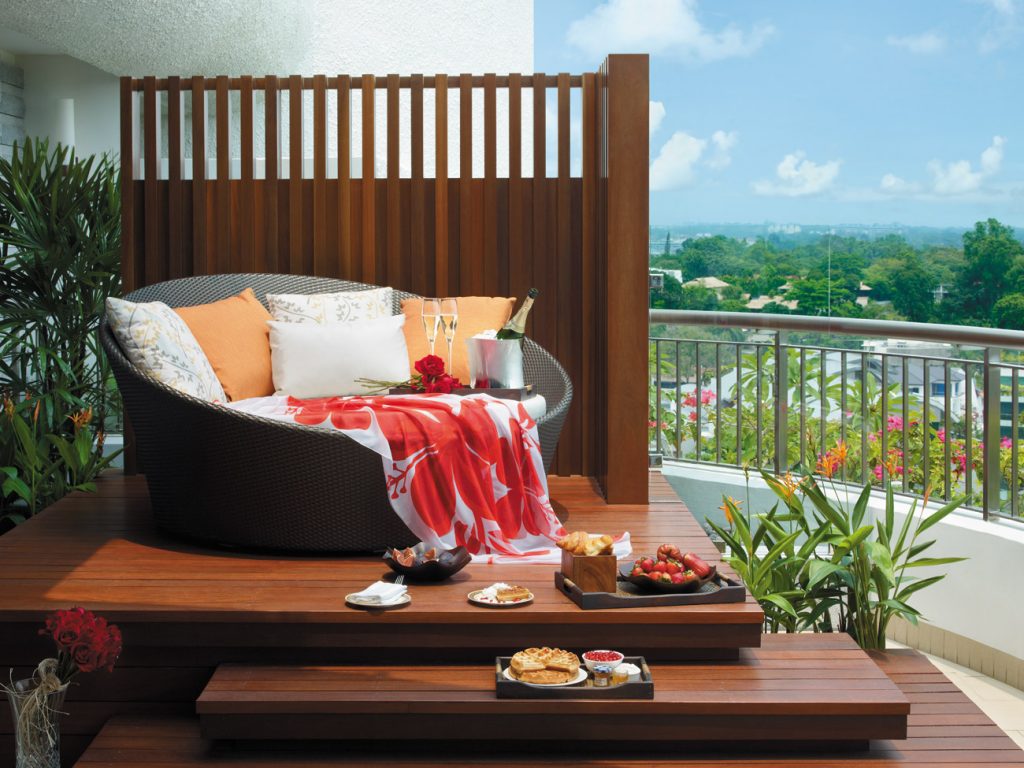 The Shangri-La Hotel Singapore is just minutes from the Singapore Botanic Gardens.

Food with a View

There are no two ways about it – chef Tetsuya Wakuda’s Japanese restaurant, Waku Ghin, unmistakeably belongs among Singapore’s Michelin-starred few. Also with a stellar location at the city’s Marina Bay, you won’t want to miss the views. Though the menu is Omakase style, there are a few signature dishes that you really must try, including the highly Instagrammable Botan shrimp with sea urchin and Oscietra caviar. Building with a well-timed crescendo, guests are led to the drawing room as the dining experience soars into its grand finale: dessert overlooking the Sands Promenade and skyline. Stay at the Marina Mandarin, which you’ll find just over the Helix Bridge.

Those with a fear of heights may want to give our final recommendation a miss, but if you love a good view, opt for a window seat at JAAN. Based on the 70th floor of one of Asia’s tallest hotels, this contemporary restaurant draws on flavour profiles inspired by chef Kirk Westaway’s childhood in Devon. Bringing a delicate touch of refinement to traditional British cuisine, each dish is plated with thorough precision. Almost microscopic herb and flower garnishes adorn re-conceptualised classics, such as the dainty fish and chip tarts or the rabbit pie. Even the sourdough bread appears to be a hometown homage, arriving warm on charcoals and served with creamy Devonshire butter. For accommodation as elegant as your Michelin-star meal, stay at the Raffles Hotel, just five minutes’ walk from JAAN. 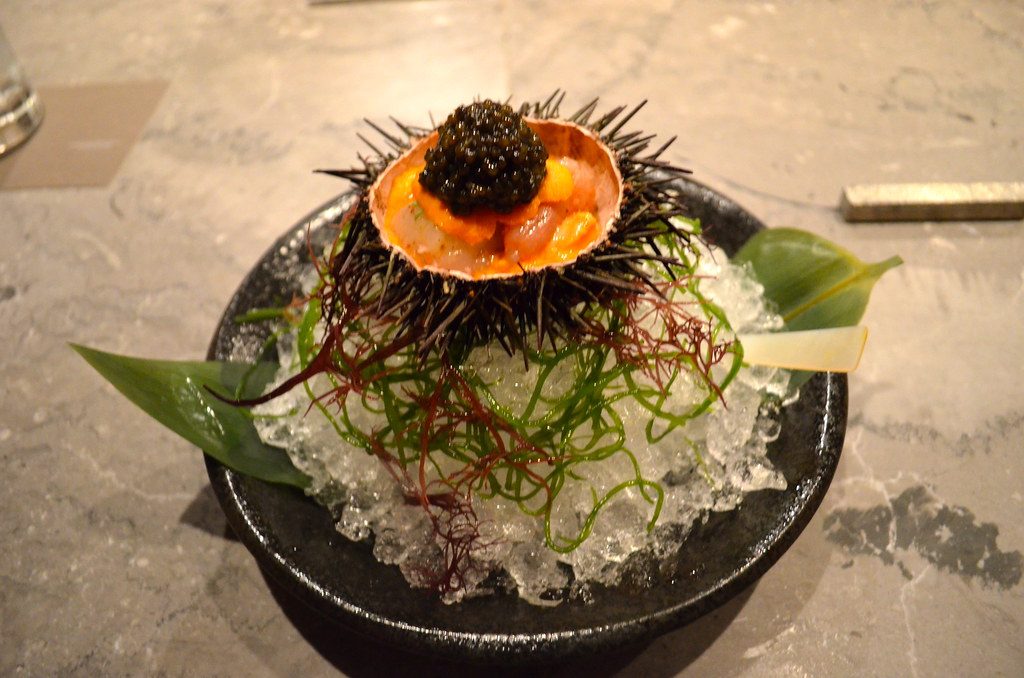