Between 14th June and 15th July, 32 national football teams will battle it out in Russia to see who will be crowned FIFA World Cup champions 2018. Will holders Germany triumph again? Will Brazil add to their record-breaking haul of six cups. Will a wildcard team like Iceland – starring in the final stages of the competition for the first time in their history – cause an unlikely shock? What about Gareth Southgate’s young and fearless new-look England side; they couldn’t, could they?

The Stage is Set

The stadia selected to host the world cup games are all located in European Russia to optimise time differences and transfer times between grounds. And with the finishing touches being made to the country’s estimated £4.3bn infrastructure plan, the stage is set to start welcoming the fans. Moscow alone is expecting a million World Cup fans, with hotels and hostels filling up throughout the city. And for those unable to attend in person, TV cameras will beam the action into living rooms, pubs and bars to an expected 3.5bn people worldwide. British pubs will be standing room only as thousands of revellers vie for a view of the big screens.

Which begs the question. Where to watch the World Cup while avoiding the crowds? Not every football fan wants to tackle a packed pub to cheer on their team. And especially not during the summer months when it’s nice out. With this in mind, Kenwood Travel wanted to offer an alternative. How about combining your soccer support with a sunshine break to coincide with this year’s World Cup? 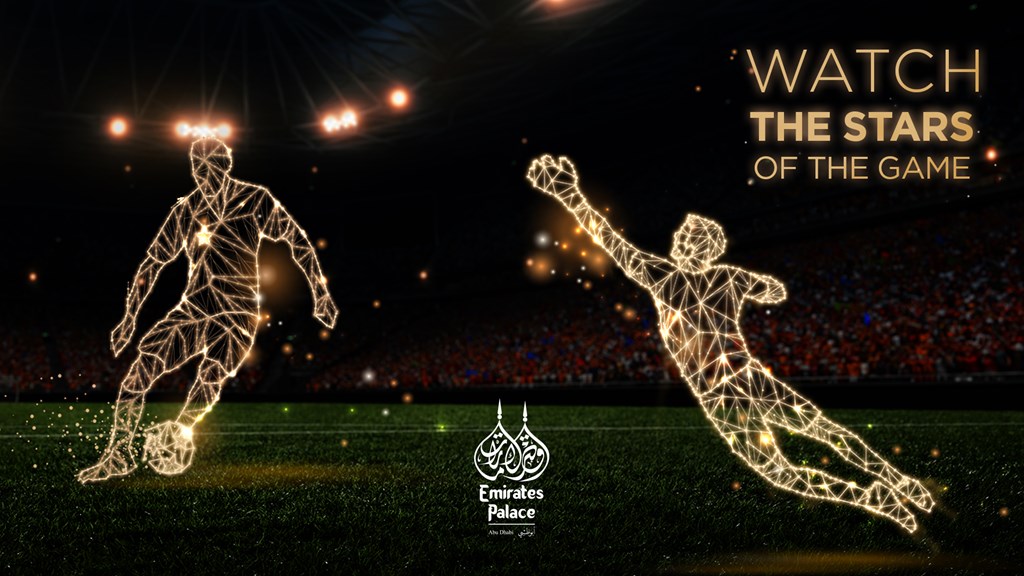 Watch the Stars of the Game

Join Emirates Palace, Abu Dhabi in their state-of-the-art World Cup hub this summer. Watch as the drama unfolds on the seven-metre by four-metre giant LED screens, in the cool atmosphere of a luxury pavilion by the beach. Cheer on your team as you enjoy a selection of food and drinks, along with great-value happy hours. Specially curated fan zones will ensure the football spirit is kept alive and kicking throughout the tournament.

At the end of Ramadan 2018 (5th June), the Emirates Palace Ramadan tent transforms into the Emirates Palace World Cup tent. Football fans can kick back in the contemporary comfort of this spacious venue to soak up the big match atmosphere, and never miss a moment of World Cup action on the cinematic 7 X 4 metre screens.

In between the on-screen action, admire the venue’s panoramic sea views while savouring a tasty range of snacks and meals available to order from the signature menu throughout the competition. Combine your Abu Dhabi holiday with all the action of 2018’s FIFA World Cup in luxury, beachfront surroundings. Now that’s a result. 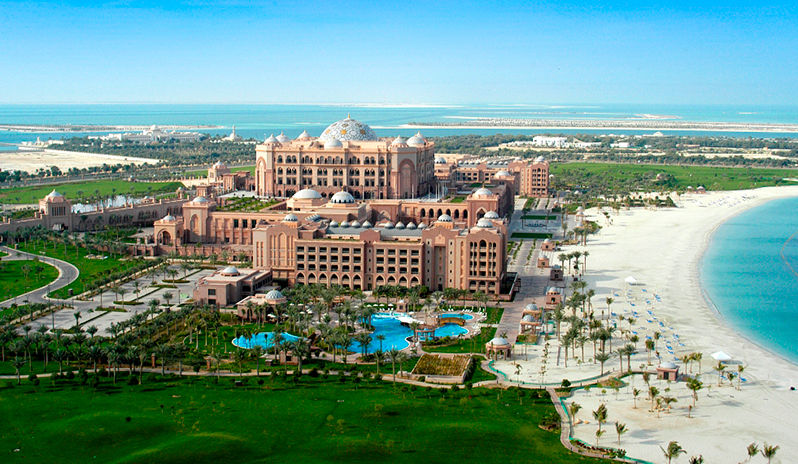 Take a Seat in the Corner Lounge

For our next recommendation of where to watch the World Cup from the beach, we’re heading to the home of world football’s best player. Ronaldo won the Euros with his native Portugal in 2016, and will be hoping for a repeat performance in this year’s international soccer showpiece in Russia. If you want to watch the action in a suitably impressive hotel, the fabulous Conrad Algarve is just the ticket. For the football this summer, a dedicated World Cup Corner Lounge is in place at the resort from 14th June – 15th July to show all the big games live.

Michelin starred fine dining, super-scenic golf and a sumptuous spa are highlights at this five-star hideaway, and a prime location in the Algarve’s exclusive Quinta do Lago makes Conrad Algarve a great choice whatever the occasion. But add in the excitement of the World Cup and the visitor experience is raised to the next level. There’s even an exclusive Beer Bucket offer to ensure celebrations – or commiserations – can be enjoyed to the full. 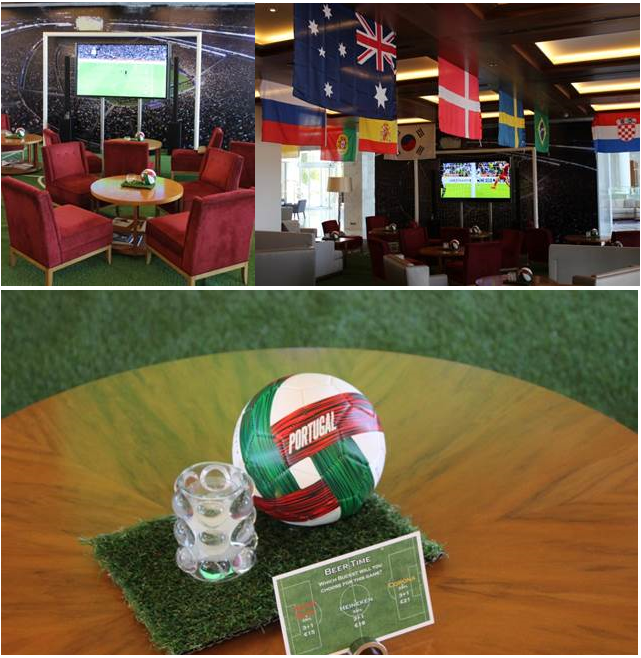