Ibiza conjures up a few inevitable images: bronzed bodies bouncing around clubbing cathedrals; eyes shifting beneath sunglasses, sorting the have-nots from the have-yachts; Kevin and Perry ‘going large’. In fact, this tiny Spanish outpost has been dubbed ‘The Entertainment Island of the World’ by the Guinness Book of World Records. Surprising? Not really. What is unexpected, however, is Ibiza’s softer and quieter side.

As well as being a clubbing paradise, Ibiza is also a UNESCO heritage site due to its impressive biodiversity, culture, and archaeology. Though small (you can drive across it in a day) Ibiza is split into five distinct provinces, with many areas preserving the island’s rugged beauty and ineffable charm. Not just a pretty face and not just for pretty faces, this Balearic Island has a deep and nuanced character worth exploring. From yoga retreats and hilly hikes to vineyards and hippy markets, this Ibiza is a far cry from the bass Mecca of legend. 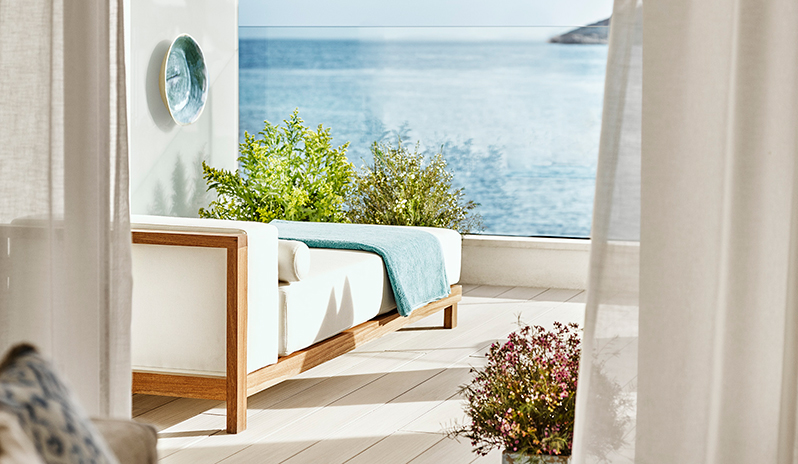 The Nobu Hotel in Ibiza Bay has countless relaxing features, including their Six Senses Spa.

Whilst we know that Ibiza’s typical clientele is no stranger to inebriation, the island’s local vineyards are still a well-kept secret. Wine isn’t the first beverage that springs to mind when you think of the White Isle and there are only a handful of producers on Ibiza. However, vino-enthusiasts shouldn’t miss these stunning family-owned wineries. To the north of the island, we recommend Can Maymό Winery and the Sa Cova Winery, which you’ll find in the Sant Mateu area. Rosé fanatics should make a beeline to Ibizikus – perhaps the youngest wine business on the island, just a short drive from five-star Hotel Aguas De Ibiza and the Insotel Fenicia Prestige Suites & Spa. 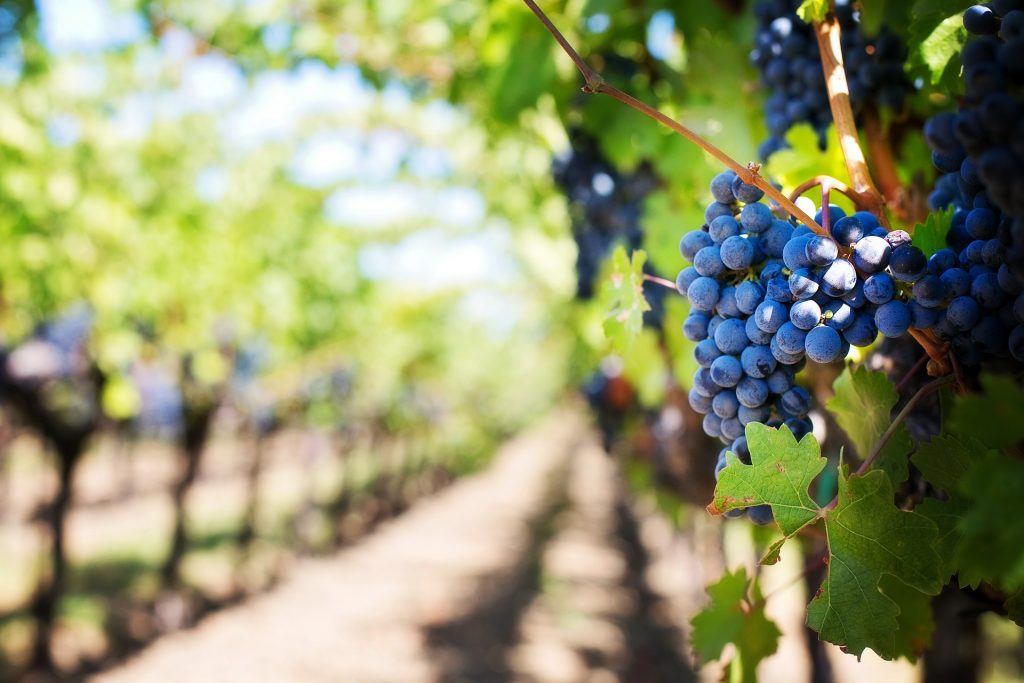 The primary grapes used to make wine on Ibiza are Malvasia and Monastrell.

Those with a taste for history, or a certain HBO television show, won’t be left disappointed, either.  Just a stone’s throw from the buzzing harbour of the south-coast capital, you’ll find Ibiza Old Town (Dalt Vila). This historic centre’s medieval walls encapsulate a bounty of well-preserved relics and attractions, including a 14th-century cathedral and a Punic necropolis (that’s an ancient cemetery from 600BC to you and me). If that’s not enough to help you live out your best Game of Thrones fantasies, stop at the Ibiza Castle and adjoining military barracks. Stay at the nearby Nobu Hotel Ibiza Bay. 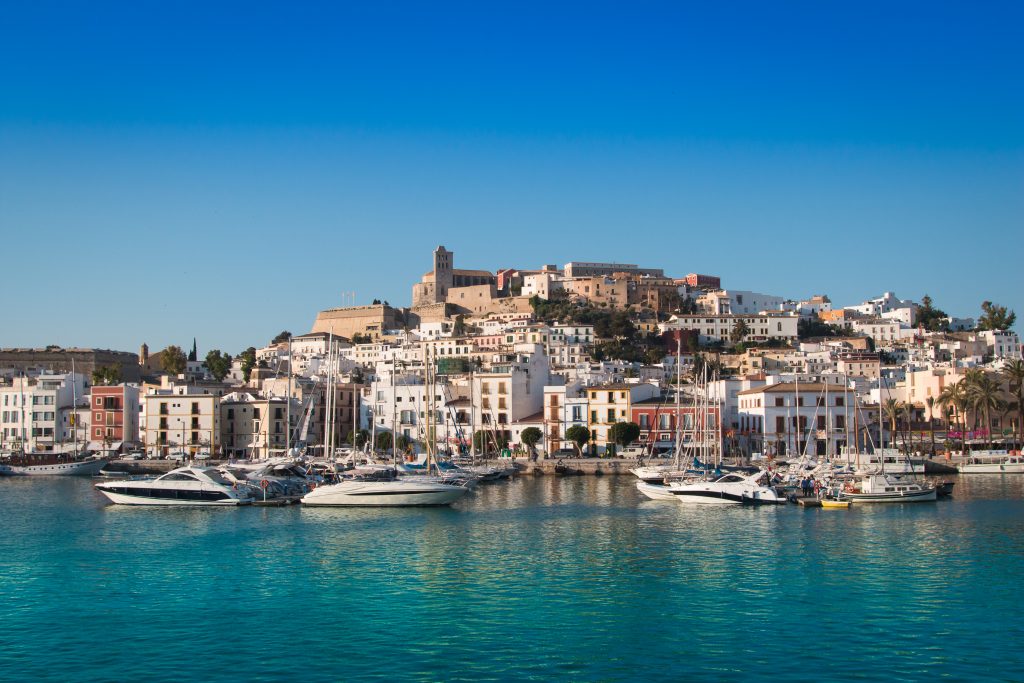 Ibiza Old Town is home to some wonderful museums, ruins and monuments.

Having inherited an enduring hippy vibe, Ibiza has been stretching and flexing for decades. Although in recent years as yoga is regaining popularity, rave pilgrims are increasingly ditching Ibiza’s nightlife in favour of sun salutations in the great outdoors. Namaste! From hot yoga to meditation and gong baths, the spiritual and wellness offering is huge. For those who would sooner be caught dead than in a pair of lycra leggings, there is still plenty of opportunity to tap into the flower-child culture on Ibiza. Stay at the ME Ibiza and visit the Punta Arabí Hippy Market on Wednesday in Es Caná and theLas Dalias Hippy Market on Saturday in San Carlos for a full-blown bohemian retail experience. 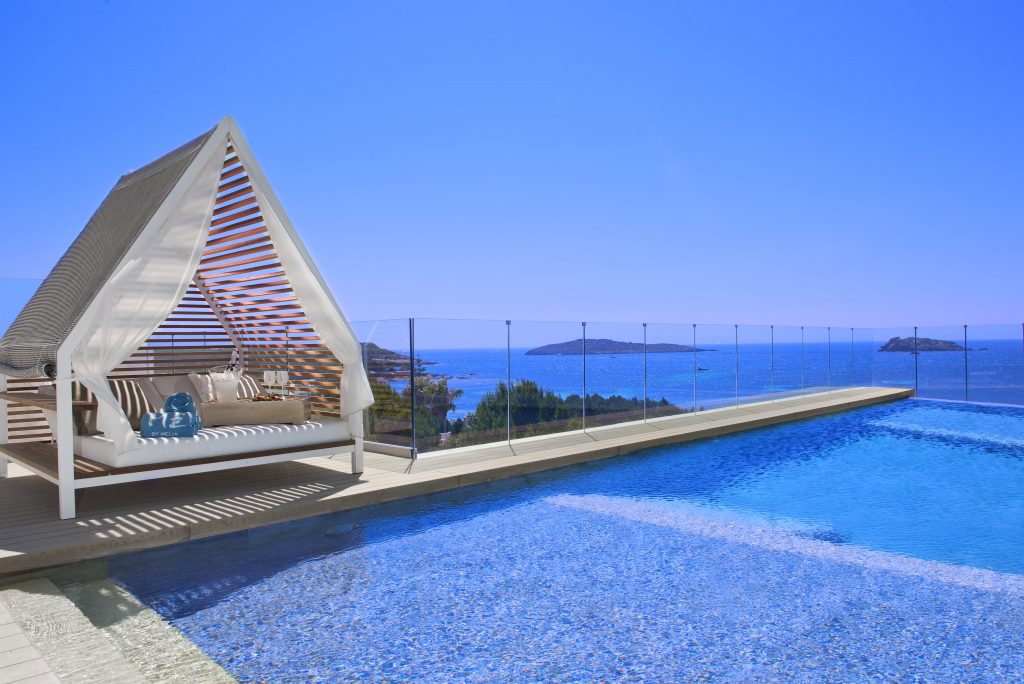 Start your holiday off right by booking a stay at ME, near Punta Arabí Hippy Market.

How could we mention the burgeoning wine scene in Ibiza without bringing in the incredible local cuisine? Whilst clubland denizens sleep off their sins, head out for a revitalising breakfast or brunch with a view. Millennials will be Insta-happy at Passion Marina, which serves five types of avocado toast. Meanwhile,  at El Chiringuito, guests can indulge in egg dishes, pancakes, fresh fruit and smoothies against the sublime backdrop of Es Cavallet beach. Stop at one of many Ibizan tapas spot for an authentic taste of Ibiza. Whether you opt for the albondingas (meatballs), tortilla (potato omelette), or the calamares a la romana (fried squid with aioli), there is a world of impressive flavour for you to explore.  Pair, of course, with Sangria. 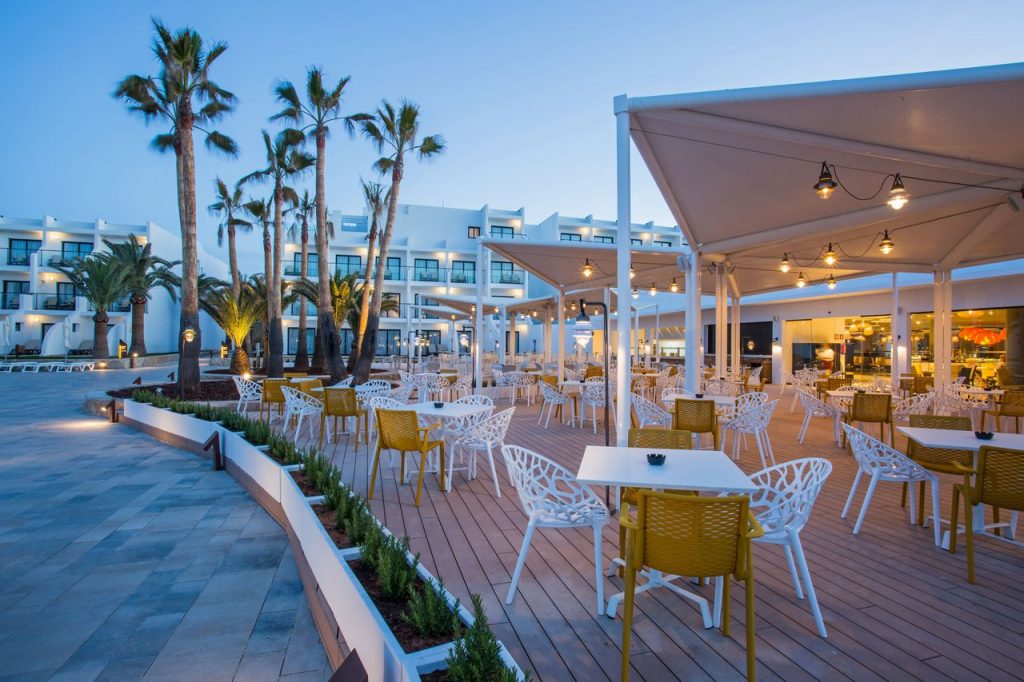