Star Wars is back in the spotlight. But have you ever wondered where all that outer space action is actually filmed? On Earth of course! Kenwood Travel is delighted to announce some scene-stealing locations you can actually book directly with us. Prepare your X-Wing spaceship for a tour around the globe and rediscover these holiday destinations through the eyes of a real Star Wars fan. May the force be with you.

Wanna walk in the footsteps of a wookie? Head to Phang Nga Bay in Thailand. This beautiful island was used as a backdrop for the planet Kashyyk, Chewbacca’s birthplace in Episode III ‘Revenge of the Sith’. When you choose Kenwood Travel, enjoy your stay in one of our luxury hotels such as Twinpalms Phuket to get the most out of the exotic terrain, tree-covered mountains and the endless blue water, making it an incredible place to explore by canoe or speedboat.

Some of the major scenes in the Star War films were set in the fictional desert world of Tatooine, or, in real life, the Yuma Desert in Arizona. This is where the Great Pit of Carkoon scenes were shot. The sweeping desert background is a popular location for fan tourism if you want your own slice of the Star Wars universe. 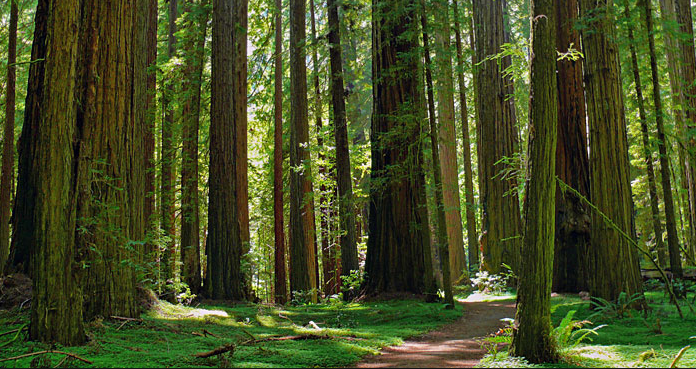 Redwood Park in California – Location used in Return of the Jedi.

The Ewoks live in a place known as Forest Moon Endor. In reality, this is actually Redwood Park, California. Home to some of the world’s tallest trees, you can find your closest hotel, The Four Seasons Resort Scottsdale when you book with Kenwood Travel. Discover the wonders of this expansive, rich landscape and relive the famous hover-bike fight scene filmed in ‘Return of the Jedi’.

Spain has been used extensively to portray the bountiful planet, Naboo. A great spot to visit is The Plaza de Espana in Seville. Take a boat tour from Kempinski Hotel Bahia and explore where the sci-fi stars Anakin, Padme and R2-D2 crossed the bridge and walked along a curved hallway. Luckily for all you Star Wars fans, this beautiful place is open to the public, allowing you to wander Naboo’s capital city, Theed, in real life. Get there by city bus or on foot; a great option for stopping off for a picnic on route. 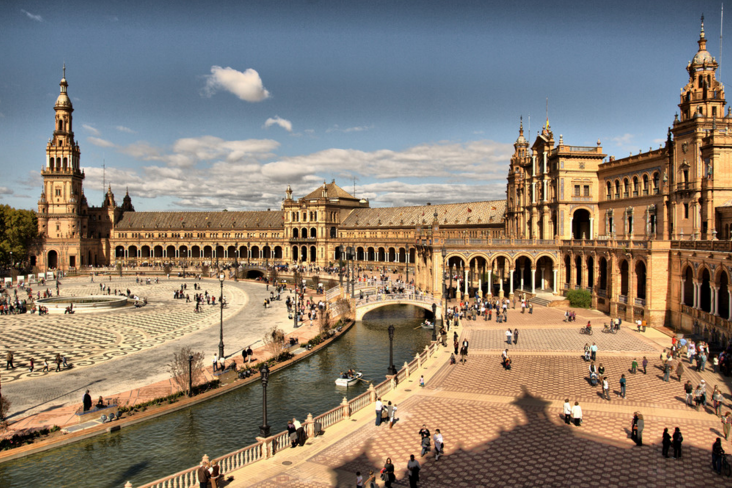 Amazing shot of The Plaza de Espana in Spain.