We know you divers are an ambitious lot, but swimming through the corridors of the Titanic is a tricky one. It’s at least two miles under sea level. And it’s hardly a Mediterranean climate down there in the ocean depths. Luckily, we’ve put our shipwreck scientists to work in handpicking other sunken treasures in shallower, warmer, water that you can swim down to today. So done your flippers, grab your first mate and set set sail, because we’re about to go treasure hunting. Read on to discover the world’s best shipwreck dives chosen by us. 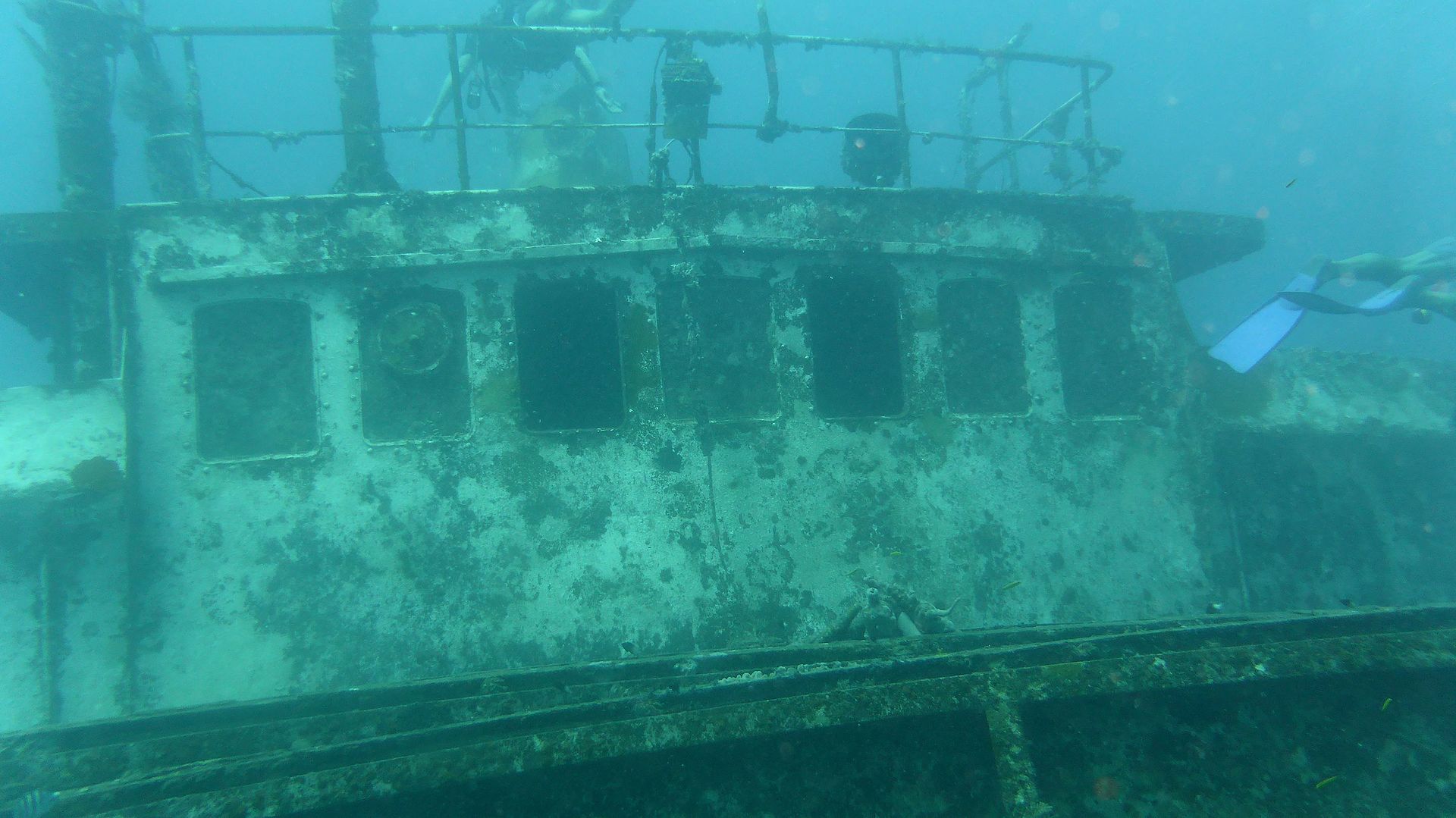 With clear shallow waters, some of the best shipwreck dives can be found in the far east

Downed by a Japanese torpedo and beached by Tulamben in Bali. Then knocked from the shore by the eruption of Mount Agung and plunged into thirty metres of water: The USS Liberty shipwreck dive site has seen a lot in its lifetime. And with its (maybe) final resting place in Bali’s crystal clear waters, you can see a lot of it too. The vessel is roughly 130m long, and provides shelter to a number of fascinating creatures including the black tip shark, garden eel, surgeonfish, potato groupers, jackfish — and droves of divers. Regarding the latter, we recommend diving early in the morning to avoid the crowds. The USS Liberty is regarded as one of the best dive sites in the world, so any time you visit is sure to be a hit.

When most think of our Philippine Island portfolio, a tropical paradise comes to mind. That’s knuckle white beaches of powdery sand laced with tropical palms and the kind of ocean that beckons you to dive into it. And that’s exactly what you can do. One of the best underwater experiences here is to sink into the holds of Kyokuzan Maru in Busuanga Island. This 135m cargo ship sunk during the war sits upright in crystal clear water, only 22m deep. See it by taking a trip from paradise by staying at El Nido Miniloc Island resort. 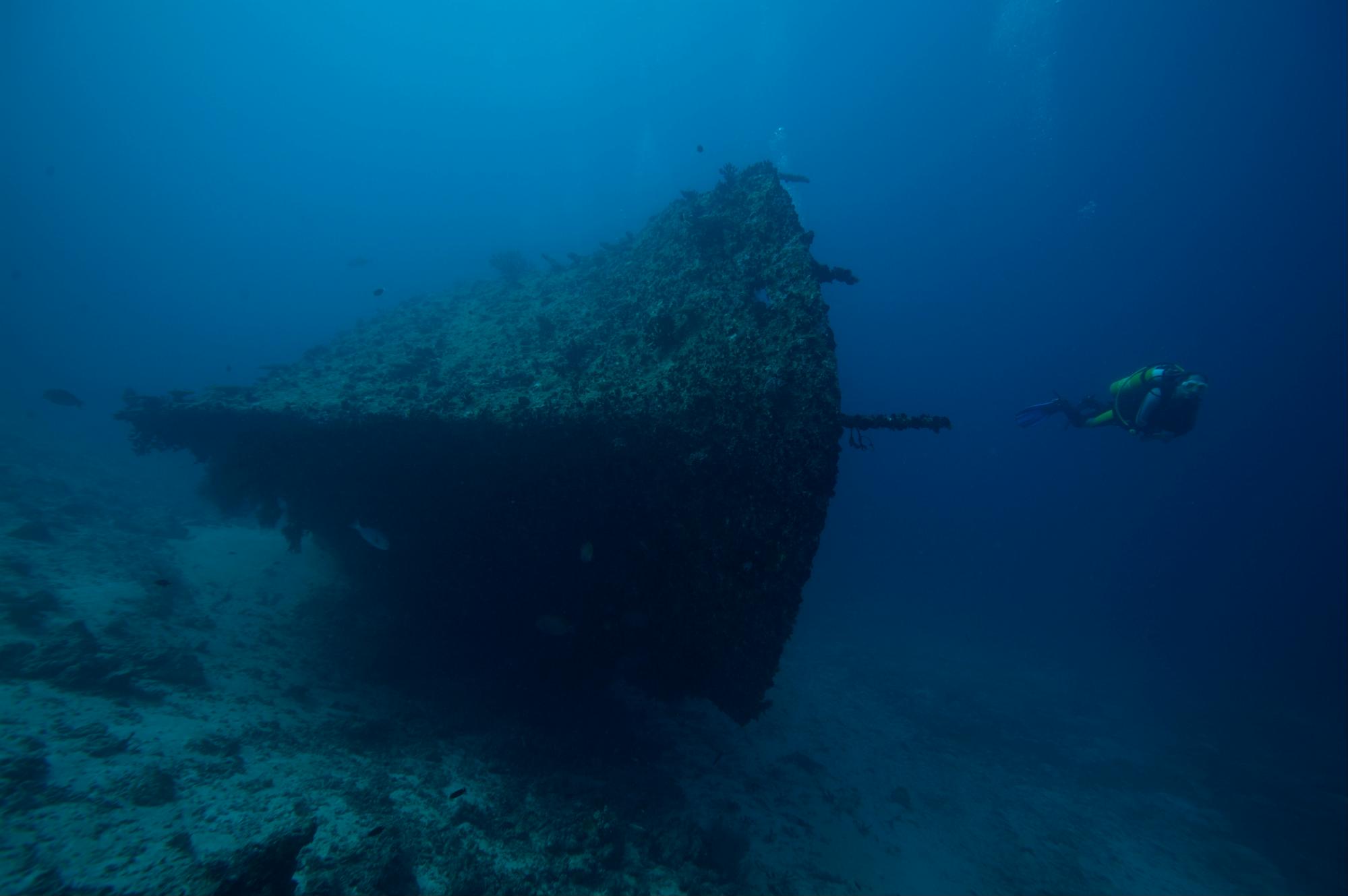 Shipyard by name, amazing shipwreck dive site by nature. This Maldives gem is an unforgettable adventure.

Somewhere in the Maldives, near Komandoo Island Resort in Lhaviyani Atol, there’s a shipyard. It’s like any shipyard you’d find in the UK, only the vessels are underwater. There’s two in total: one lies thirty metres deep and the other balances precariously on the sea bed with its bow peeking out from the waves. The Shipyard is the Maldives’ most famous shipwreck dive site for good reasons: scale, beauty, and marine life. And the island’s namesake resort arranges dive trips here for you, saving you the hassle.

For our next Indian Ocean holiday stop , we move further north to the dazzlingly beautiful country of Sri Lanka. Right off the west coast near Vivanta by Taj lies a beautifully preserved vessel twenty two metres below the surface. And there’s another on Sri Lanka’s east coast by Uga Bay. Lying fifty metres deep, HMS Hermes (95) is one for the advanced divers amongst us. But it’s well worth it considering it’s one of the world’s only divable aircraft carriers. This one has a tragic story behind it however, as after it was sunk by the Japanese during World War II, and over three hundred men lost their lives. 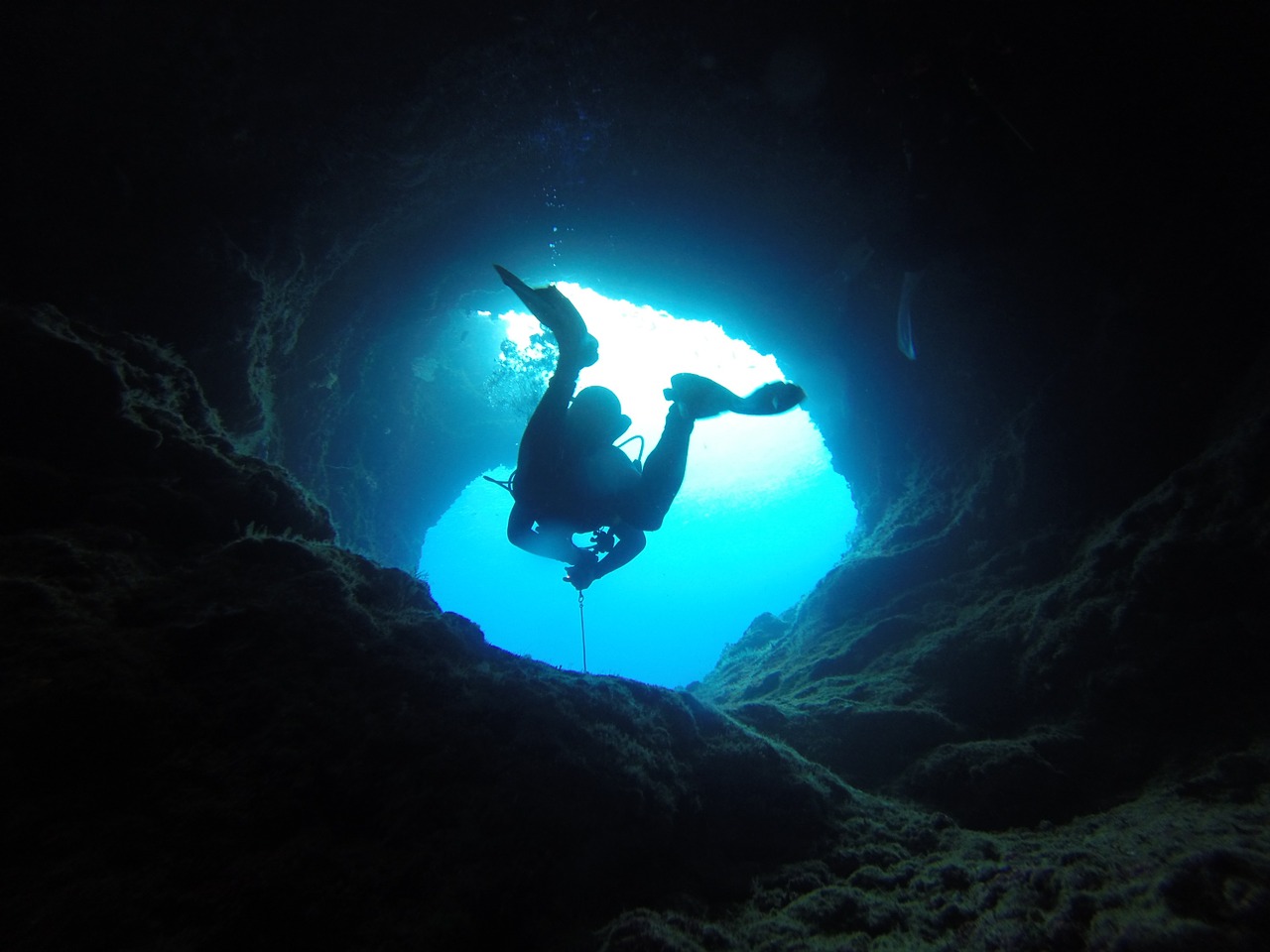 The Middle East has more shipwrecks dives than you can count. But it’s not just boats you’ll find underwater here.

Dubai might not be the most obvious location for shipwreck dives, but you’d be surprised. Combining the warm Arabian Gulf waters with glorious sunshine and a plethora of fascinating cultural attractions makes the region one of our favourite places to dive. Beginners would love the 12m deep Cement Barge which promises a wealth of marine life, colourful coral and an interesting past. More experienced divers should check out the 30m deep Zainab, a smuggling vessel deliberately sunk by her own crew (which also caused an oil spill!) Other wrecks within a thirty minute boat trip of Palm Jumeirah include Neptune 6, Anchor Barge, A300, Victoria Star, Marium Express, Sheikh Maktoum Barge and Car Barge. Get even closer to the sites by staying on Dubai’s man-made islands at Atlantis, The Palm.

On the east coast of the UAE, there’s something a little different to discover. Named the Car Cemetery, dive here to uncover a graveyard of sunken cars that were destroyed in the late ‘80s. This dive site is easy to reach by chartering a tour and staying at one of Fujairah’s luxury escapes such as Le Meridien Al Aqah Beach Resort. Is there a better time capsule for the automobile industry? We don’t think so. 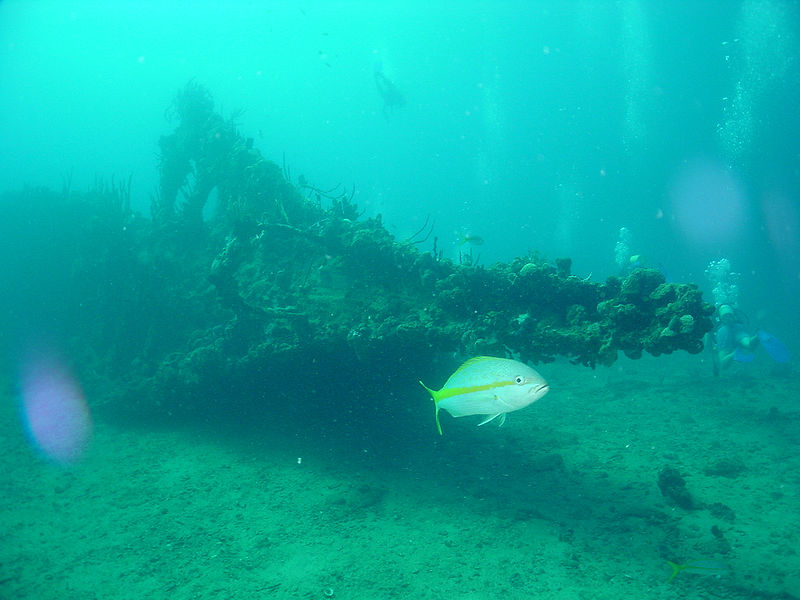 A shadow of its former self, but more fascinating than it’s ever been: RMS Rhone is a must-visit for dive enthusiasts.

If anywhere in the world is known for its fascinating shipwrecks, it’s the Caribbean. Since the days of pirates, legends of sunken treasure, great sea creatures, and golden galleons have swept the world. And it’s rightly given us all a bit of Caribbean fever. Though the ancient galleons of days gone by have been victims of time, there are still plenty of shipwreck dive sites from ancient to modern. One of our favourites is the RMS Rhone, wrecked in 1867 following the San Narcusi hurricane. Wonderfully preserved, the RMS Rhone is only ten metres beneath the surface making is a great place to beginner divers to try their first shipwreck dive.

When it comes to the Caribbean’s shipwreck dive sites, there are too many to single just one out. But one of our favourites is easily Bianca C, a 600-foot cruise liner sunk in 1961 off the coast of Grenada known as ‘The Titanic of the Caribbean’. And this was actually the second time Bianca C sank (we’re serious!). This mammoth cruise liner’s final resting place has earned its spot as one of the best shipwreck dive sites in the world. Finish up your stay by drying off at Grenada’s luxury Calabash Boutique Hotel & Spa.