As diverse as it is beautiful

It’s time to discover what this beautiful Italian island really has to offer. From the peaks of Mount Etna to the beaches of Lampedusa, there’s more to Sicily than a schoolyard rhyme. The Mediterranean’s largest island, Sicily constitutes an 8th of Italy’s total population, not to mention a significant share of the nation’s archaeological heritage, bountiful scenery, cultural treasure and splendid cuisine.

We may be on the cusp of our 40th year as a luxury tour operator, but we don’t rest on our laurels here at Kenwood Travel. Rewarding our customers with as much holiday choice as possible remains central to our mission, so may we present Sicily: a new and exciting destination for us, whose wealth of luxury holiday opportunities is rivalled only by its scenic abundance.

Great reasons to holiday in Sicily

Things to do on holiday in Sicily

Visit the Valley of the Temples – There are three ancient Greek temple complexes in Sicily. Of these, Valley of Temples, found at Agrigento is perhaps the most impressive; a match even for the more familiar classical structures associated with mainland Greece. Be sure to check out the Greek theatre at Syracuse too, one of the largest of its kind anywhere.

Relive scenes from the Godfather - This is an offer you can’t refuse! Explore the streets of Forza D’Argo, Savoca and Corelone and follow in the footsteps of gangster movie legends.

Bask on the beach – The shimmering blue waters of the Mediterranean meet some its finest beaches in Sicily. From picturesque Ustica to black sanded Catania, there’s a great range of beautiful beaches on which to wile away a sunkissed day.

Experience Mount Etna – Climb it, take a train around it or just gaze at it: whichever way you choose to appreciate Mount Etna in the east of the island, no trip to Sicily can escape the presence of Europe’s highest active volcano.

As you’d expect for the Med’s largest island, Sicily simmers pleasantly in a Mediterranean climate. Summers are sunny and hot; winters wetter but mild, with average peak season temperatures reaching 44°C. In fact, there is some debate as to whether Athens or indeed Sicily holds the crown for highest European temperature ever recorded – both have been known to hit a rather roasting 48°C.

Arranging your Sicily trip early is the best way to book your desired dates for the most affordable price. At Kenwood Travel we contract with our hotel and airlines directly, eliminating middlemen and extra costs. Call our knowledgeable Italy specialists at Kenwood Travel today and see how much you could save on your next Siciliy holiday.

A luxury retreat with a private beach, La 2B Spa, three hectares of Mediterranean gardens, a cliffside solarium plus breathtaking views of the Island of Ortigia.

Situated on the northern part of Italy's largest island, the Grand Palladium Sicilia Resort & Spa is a holiday haven that welcomes guests of all types. 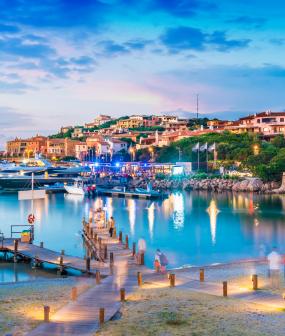